Close
Adrian Younge
May 7, 1978 (age 43)
Biography
Adrian Younge was known foremost as an entertainment law professor when he provided the score for the blaxploitation homage Black Dynamite (2009). As noted on the front sleeve of the release, Younge was the composer and producer, yet he also performed most of the music -- an acid-tinged hybrid of soul and funk -- on well over a dozen instruments, assisted by only a handful of vocalists and ancillary musicians, and he edited the film itself. Younge reached that point after a 13-year process that entailed immersing himself in hip-hop production, deepening a scholarly appreciation for a broad spectrum of late-'60s and early-'70s sounds, teaching himself to play a multitude of instruments, and learning the ins and outs of recording in the analog domain. Once the effect of Black Dynamite took hold, Younge's grip tightened with conceptual solo projects ranging from the dark psychedelic soul of Something About April (2011) to the synthesizer experimentation of The Electronique Void (2016). Concurrent sessions yielded full-lengths headlined by major influences such as the Delfonics, Ghostface Killah, Souls of Mischief, and Bilal. Younge's synthesis of vintage styles from a crate-digger's perspective appealed to hip-hop producers such as No I.D., the RZA, and DJ Premier, major inspirations who sampled his work. Younge also got to work directly with another influence, A Tribe Called Quest's Ali Shaheed Muhammad, for the score of Marvel's Luke Cage, as well as The Midnight Hour (2018) and the Jazz Is Dead 001 (JID) sessions (2020). His short film and podcast entitled The American Negro was released in 2021 as were a half dozen more volumes in the Jazz Is Dead series including collaborations with Azymuth, João Donato, and Brian Jackson.

A native of Los Angeles, Adrian Younge got into sample-based hip-hop production during his late teens, in 1996. Eventually drawn more to the live instrumentation and recording techniques that went into the source material, he abandoned beatmaking with an MPC 2000 and TASCAM Portastudio to become a self-taught musician, composer, and producer, and gradually increased his instrumental versatility. He performed bass and keyboards in a band but grew frustrated having to rely upon his mates, which prompted him to take complete control. In 2000, he debuted with Venice Dawn, an album inspired by Italian film music -- especially that of Ennio Morricone -- and progressive rock. It was released on compact disc in an edition of 1,000. Younge continued studying music and entertainment law, and was teaching the latter by the time he took up his next recording project. Black Dynamite, a blaxploitation homage directed by friend Scott Sanders, premiered at the 2009 Sundance Film Festival and was a critical success, in part because of Younge's knowing score, granted a separate release on Wax Poetics that October.

The positive reception of Black Dynamite emboldened Younge to reanimate and expand the Venice Dawn concept into a performing and recording group. Issued on Wax Poetics in November 2011, Something About April was nostalgic yet utterly unique, a tale of star-crossed lovers steeped in psychedelic soul, with long-term associate Loren Oden one of the lead voices and Motown guitar wiz Dennis Coffey among the instrumentalists. Although many of its elements seemed custom-made for sampling, the album strongly emphasized songwriting and production. Around the same time, Wax Poetics made available a digital-only EP consisting of five tracks from the 2000 album.

Younge continued to refine his methodology throughout a steady of succession of independent and collaborative recordings into the late 2010s. First, a listener put him in touch with William Hart, whose Delfonics were an inspiration behind Something About April highlight "Turn Down the Sound." This led to a third Wax Poetics release, Adrian Younge Presents the Delfonics, in March 2013. Only a month later, the cinematic-comic Ghostface Killah collaboration Adrian Younge Presents Twelve Reasons to Die arrived on the RZA's Soul Temple label. Whereas samples are often lifted from recordings dating back decades, savvy producers started sourcing Younge's records before the dust settled on them. The Delfonics LP was only three months old when Prodigy's Albert Einstein hit shelves with "The One," an Alchemist production co-credited to Younge via the Delfonics cut "To Be Your One." Weeks later, Jay-Z's Magna Carta Holy Grail was out with two Timbaland and J-Roc co-productions, most notably "Picasso Baby," built on Something About April material.

In the next two years, Younge established the Linear Labs label and maintained his production load. Adrian Younge Presents There Is Only Now, a return from Oakland veterans Souls of Mischief, launched Linear Labs in August 2014 and began Younge's alliance with album host Ali Shaheed Muhammad, who also remixed the set. The Linear Labs: Los Angeles compilation surfaced in May 2015 with a selection of Wax Poetics-era standouts and previews of forthcoming releases. Within the next two months, Younge's name was attached to two more full-lengths: Bilal's In Another Life (eOne) and Ghostface's Twelve Reasons to Die II (Linear Labs). Meanwhile, two tracks on the deluxe edition of Common's Nobody's Smiling, and all nine numbers on the self-titled album from PRhyme, sampled Younge compositions, consequently enabling the producer to add No I.D. and DJ Premier to the list of golden age pioneers who have repurposed his works. Younge during this period was also credited as co-producer, beside hero the RZA, of two cuts off Wu-Tang Clan's A Better Tomorrow.

Younge filled 2016 with another assortment of personal projects and joint efforts. Linear Labs supplied the Venice Dawn sequel Something About April II (January), with Raphael Saadiq and Laetitia Sadier among the supporting cast, and The Electronique Void (October), an analog synthesizer-oriented concept album with narration from long-term associate Jack Waterson. Additionally, a Younge/Muhammad demo made its way to Kendrick Lamar, who used it as the foundation for the sixth track on untitled unmastered. Younge and Muhammad were also enlisted to create the score for Marvel's Luke Cage. Comparatively quiet in 2017, Younge and his wife relocated The Artform Studio, a salon they had been operating for over a decade, into a second Los Angeles location with a community-friendly retail space for records and books.

Younge's output the following year started with Voices of Gemma (March), a showcase for singers Brooke deRosa and Rebecca Englehart likened to David Axelrod and the Rotary Connection. A self-titled album from the Midnight Hour (June), another Younge/Muhammad endeavor, featured a polished version of the demo used by Kendrick Lamar ("Questions") and lead turns from several familiar Younge affiliates, while Luther Vandross' original vocal for "So Amazing" was given a new orchestral bossa-soul backing. Shortly thereafter, Younge and Muhammad's score for the second season of Luke Cage was made available, led by a collaboration with Rakim on "King's Paradise." Younge assisted Waterson with a solo album, and with Muhammad put together the 2020 album Jazz Is Dead 001, featuring admired jazz and MPB legends such as Roy Ayers, Gary Bartz, João Donato, and Marcos Valle. Jazz Is Dead 001 arrived that March, and was followed later in the year by LPs devoted to showcasing the musicians individually, starting with Roy Ayers JID002 and Marcos Valle JID003. After two more full-length Younge productions, Angela Muñoz's Introspection and Loren Oden's My Heart, My Love, two further collaborative volumes in the Jazz Is Dead series, Azymuth JID004 and Doug Carn JID005, appeared by the end of 2020.

In February 2021, Younge issued the solo album The American Negro, part of a multimedia project that also involved a short film and podcast examining the effects of systemic racism on Black America. It was greeted with mixed response by American media, though that didn't hurt its sales or streaming numbers, while British and European critics greeted it with nearly universal acclaim.

In April, Younge and Muhammad teamed with influential saxophonist Gary Bartz and enlisted drummer Greg Paul (Kamaal Williams) and a backing vocal chorus for JID006. In June, the duo issued JID007 in collaboration with Brazilian composer and piano legend João Donato. The pair realized a long-held desire when they recruited pianist and composer Brian Jackson for JID008. Jackson was Gil Scott-Heron's songwriting partner as well as the architect and musical director of their Midnight Band ensemble. The Jazz Is Dead outing marked his first full-length studio album since the early 2000s. ~ Andy Kellman, Rovi 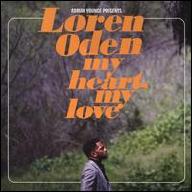 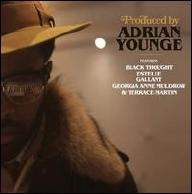 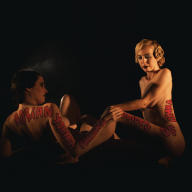 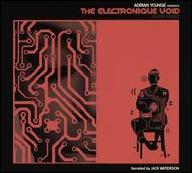 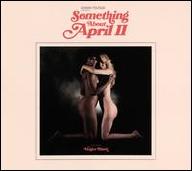 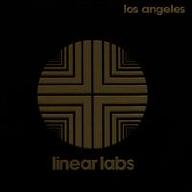 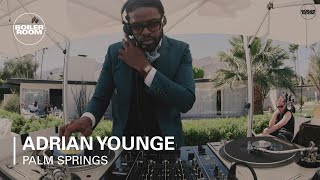 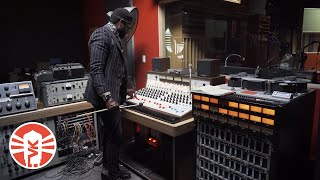 Make Your Mark With Adrian Younge 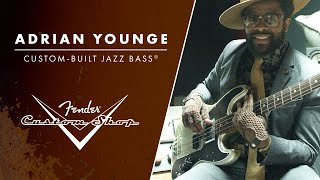 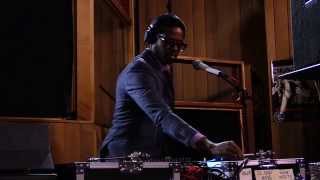 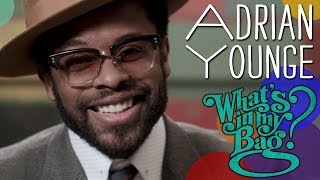 Adrian Younge - What's In My Bag? 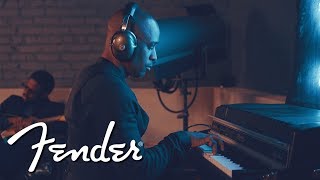 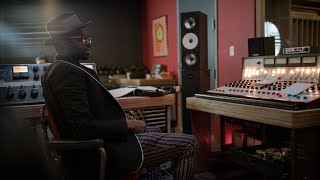