Close
John Frusciante
from New York, NY
March 5, 1970 (age 50)
Biography
John Frusciante has achieved widespread fame, mainly through his tenures as the guitarist for Red Hot Chili Peppers, as well as a fervent cult audience for his more challenging, experimental solo works. Amalgamating a wide range of influences, from Hendrix and prog rock to punk and new wave, and eventually incorporating R&B, hip-hop, and electronic music, he's developed a distinctive, ever-evolving style which is more melodic than technique-driven, yet still elaborate and masterful. His playing and songwriting played a significant part in shaping the sound of the Peppers' mainstream breakthrough, 1991's Blood Sugar Sex Magik, but he left the band in the throes of depression and drug addiction, and released two harrowing albums of lo-fi experimental psych-folk, Niandra LaDes Usually Just a T-Shirt (1994) and Smile from the Streets You Hold (1997). Following rehabilitation and re-joining RHCP ahead of the 1999 blockbuster Californication, he resumed his solo career with the more focused but still raw To Record Only Water for Ten Days (2001). He remained with RHCP for much of the remaining decade, while also working extensively with Omar Rodríguez-Lopéz and the Mars Volta in addition to forming Ataxia with Josh Klinghoffer and Fugazi's Joe Lally. He released an astonishing amount of solo material, from the more accessible Shadows Collide with People (2004) to the sprawling, psychedelic The Empyrean (2009). After another departure from RHCP, he focused on integrating electronic music influences into his solo work, resulting in complex, genre-smashing efforts like 2014's Enclosure. He began concentrating on purely electronic work, namely acid techno and IDM, under the pseudonym Trickfinger, although 2020's Maya, a full plunge into jungle and breakbeat hardcore, was released under his own name.

Born in 1970 and raised in California, Frusciante dropped out of high school when guitar playing and rock music took hold of the up-and-coming musician/songwriter. Embracing both the unpredictable side of rock (Frank Zappa, Steve Vai, King Crimson, Funkadelic) and punk (the Germs, Black Flag), Frusciante created his own guitar style, combining both technical skill with a knack for penning funky, psychedelic riffs. The Red Hot Chili Peppers became an automatic favorite when the young guitarist discovered them early in their career, and his dream to join the band came true in 1988 after striking up a friendship with Chili Peppers' bassist Flea (in the wake of founding guitarist Hillel Slovak's death from a drug overdose). Interestingly, Frusciante had just been hired by another L.A. band, Thelonious Monster, prior to joining the Peppers.

Frusciante's first recording with them, 1989's Mother's Milk, helped break the popular college rock band through to the mainstream, resulting in their first gold record, with Frusciante's amazing guitar playing serving as a catalyst for many of the songs. The quartet released an even rawer record next: 1991's Blood Sugar Sex Magik, produced by Rick Rubin. The album catapulted the band into the rock stratosphere as it became a multi-platinum hit and made the Peppers one of the premier bands of the '90s. But all was not well in Pepperland. Frusciante found it increasingly difficult to handle his newly found fame, and retreated into a haze of hard drugs and unpredictable behavior. At the height of Blood Sugar's success, he abruptly left the band while on tour in Japan.

Besides releasing two obscure solo albums (1994's Niandra LaDes Usually Just a T-Shirt and 1997's Smile from the Streets You Hold), little was heard from him after his split from the Peppers in 1992. A disturbing article appeared in the L.A. Weekly that painted Frusciante as a heroin abuser with a death wish (the interviewer was also shocked at his ghastly appearance). Taking the advice of friends, Frusciante checked himself into a rehab center and got off drugs, stopping his path to certain destruction. Just a few months after getting his life back on track and facing the world again, he contacted the rest of his ex-Pepper mates (he regularly kept in contact with Flea), whose then-current guitarist, Dave Navarro, had just split from the band.

After a loose jam session was deemed a success (as well as a psychological evaluation), Frusciante was asked to rejoin the band. The newly kindled relationship was a rousing success, as the reunited Peppers issued the great Californication in 1999 to rave reviews and big sales. Two years later and with drugs a thing of the past, Frusciante emerged a tough singer/songwriter by releasing a solo effort entitled To Record Only Water for Ten Days. Merely a creative outlet from his band's original material, Frusciante appeared motivated and relaxed as an individual and free from the deception of drugs that had haunted him before. In 2004, he released an astounding six solo albums as well as a project with Josh Klinghoffer (who appears on several of those six albums) and Fugazi's Joe Lally called Ataxia. He also collaborated extensively with the Mars Volta, playing guitar on several of their albums.

Red Hot Chili Peppers duty called once again, and Frusciante did some work with Glenn Hughes before releasing a follow-up to the Ataxia album in early 2007. The psychedelic concept effort The Empyrean arrived in 2009, after which Frusciante left the Peppers yet again, replaced by Klinghoffer. He continued to work with the Mars Volta in addition to releasing collaborative albums with the group's leader Omar Rodríguez-López. In 2010, Frusciante teamed up with Aaron Funk (Venetian Snares) and Chris McDonald (SKM-ETR) to form an acid techno group called Speed Dealer Moms. The trio released a self-titled EP through Funk's Timesig imprint. RHCP were inducted into the Rock and Roll Hall of Fame in 2012, but Frusciante declined to attend the ceremony.

In 2012, two wildly different solo albums showed up in the form of an EP called Letur-Lefr and a full-length called PBX Funicular Intaglio Zone. These two recordings were dizzying affairs that reflected Frusciante's life-long dream to make electronic music. The records employed acid house bass synthesizers, sampled jungle drum breaks, and even cameos from MCs like Wu-Tang's RZA. The 2013 EP Outsides took yet another odd turn, offering up a ten-minute piece based solely around an extensive blues-based guitar solo and a few other abstract tunes. 2014 saw the release of synth-heavy full-length, Enclosure, a somewhat daunting electronic record, but tame by Frusciante's then-recent standards. In 2015, he issued a self-titled album under his acid techno alias Trickfinger, which had previously released a free online EP in 2012. Frusciante released Foregrow, an EP of electronic music recorded under his own name, on Record Store Day in April of 2016. Trickfinger II, consisting of six tracks recorded in 2007 and never intended for release, appeared in 2017.

At the very end of 2019, the Chili Peppers announced that Klinghoffer had left the band and Frusciante would once again be returning as the band's guitarist. Frusciante continued releasing purely electronic music on his own in 2020, with Trickfinger's Look Down, See Us EP appearing on his Evar Records, and She Smiles Because She Presses the Button issued by Avenue 66. Maya, issued under the artist's own name and titled after his cat who had passed away, was a more rave-inspired set of drum'n'bass tracks released by Timesig. ~ Greg Prato & Paul Simpson, Rovi 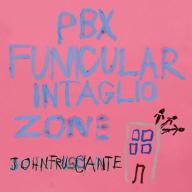 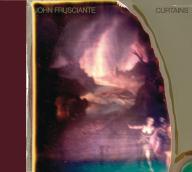 Inside of Emptiness
2004
Videos
Close 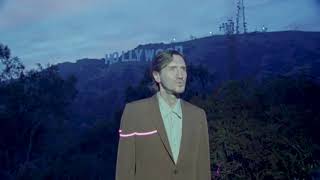 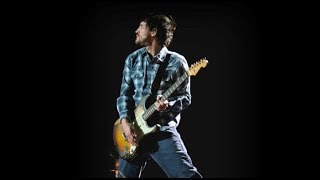 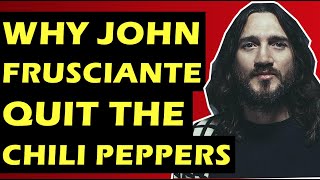 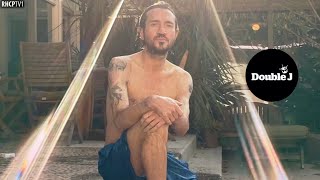 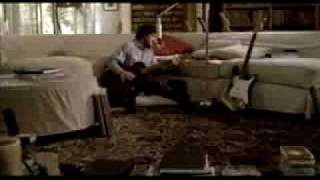 John Frusciante - The Past Recedes 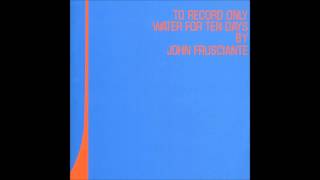 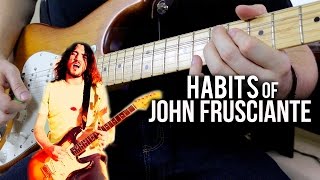