Close
Dan the Automator
from San Francisco, CA
August 29, 1966 (age 55)
Biography
Dan the Automator sprang from the Bay Area underground to international acclaim with his work beside Kool Keith on the mind-bending classic Dr. Octagon (1996). A ceaselessly collaborative producer who has since operated in numerous genres, he'll always be known foremost as a crucial figure in left-field rap. The subgenre is exemplified by Automator-crafted LPs such as Handsome Boy Modeling School's So...How's Your Girl? (1999), Deltron 3030 (2000), and Lovage's Music to Make Love to Your Old Lady By (2001), imaginative conceptual full-lengths spiked with an offbeat sense of humor. The Automator's biggest commercial achievements as a co-producer include Gorillaz' Top Ten U.K. pop hit "Clint Eastwood" (2001) and Kasabian's chart-topping U.K. albums West Ryder Pauper Lunatic Asylum (2009) and Velociraptor! (2011). His fourth decade in music has included the duos Pillowfight and Got a Girl, returns from Deltron 3030 (2013) and Dr. Octagon (2018), and music for film and television, counting Always Be My Maybe (2019).

A native San Franciscan, Dan Nakamura started taking violin lessons at the age of three and continued his studies well into his teenage years. He developed an intense interest in a broad range of music, and in high school started DJ'ing, inspired by early hip-hop classics from the likes of Run-D.M.C. and Malcolm McLaren. Toward the end of the '80s, after he finished high school and built a studio in his parents' basement, he ventured into production and remix work, credited as Automator. This alias appeared on 12" releases by King Tech MC Sway and Hi-C, among others. It also headlined a pair of EPs, Music to Be Murdered By and King of the Beats, issued on one-off labels respectively in 1989 and 1990. A few years later, Nakamura's name was on the early Ubiquity compilation Mo' Cookin', credited as writer, producer, and bassist on a track by the Overlaps.

Those and other underground moves culminated in Dr. Octagon with Ultramagnetic MC's' Kool Keith. A fusion of lo-fi hip-hop beats and bizarre atmospherics on par with some of the weirder exports from the U.K. trip-hop scene, the project debuted on 12" in 1995 and continued the next year with a self-titled album, released on Nakamura's Bulk Recordings label. The LP achieved a modicum of overground success when it was licensed in the U.K. by Mo Wax and given wider U.S. distribution through a DreamWorks reissue, titled Dr. Octagonecologyst. Characterized by Kool Keith's pornographic rhymes and warped meter, the album owed its success in equal measure to the inventive work of primary beatmaker Nakamura, whose loping rhythms were wed with weeping violins, space-born bleeps and wiggles, and heavy metal guitar riffs -- all enhanced by scratching from DJ Q-Bert. During the rise of Dr. Octagon, Nakamura and Kool Keith also recorded A Better Tomorrow EP, an Automator release for Ubiquity. Like Dr. Octagon, it was conceived in Nakamura's parents' basement, by then dubbed The Glue Factory, which also served as a workshop for recordings by DJ Shadow (including Endtroducing.....) and various artists on the fellow Mo Wax artist's Solesides label (most notably Latyrx's The Album).

When Kool Keith decided not to tour behind Dr. Octagon, Nakamura racked up a host of production and remix credits for other artists, including Primal Scream, Eels, DJ Krush, Cornershop (several tracks on 1997's When I Was Born for the 7th Time), and the Jon Spencer Blues Explosion (1998's Acme). Another undertaking, Bombay the Hard Way: Guns, Cars Sitars, radically remixed the work of Hindi film composers Kalyanji Virji Shah and Anandji Virji Shah. Nakamura then teamed up with like-minded hip-hop absurdist Prince Paul as Handsome Boy Modeling School, a name referencing an episode of the Chris Elliott sitcom Get a Life. In 1999, the duo appeared with So...How's Your Girl?, a freewheeling hodgepodge with crazed sampling -- including plenty of Elliott dialogue -- and all-star cameos. Nakamura concurrently founded the Tommy Boy-affiliated 75 Ark, home to Antipop Consortium and additional adventures including the Deltron 3030 project, Nakamura's partnership with rapper Del tha Funkee Homosapien and DJ Kid Koala. The trio's self-titled 2000 debut was an elaborate science-fiction concept album set in a bleak and distant future, soundtracked by Nakamura's richly detailed and cinematic productions. That year, 75 Ark was also behind a retooled and expanded version of A Better Tomorrow EP, retitled A Much Better Tomorrow.

Nakamura snared his widest audience yet in 2001 with the eclectic Gorillaz, a cartoon band guided by Blur's Damon Albarn and artist Jamie Hewlett. Gorillaz' barely classifiable self-titled debut went platinum on both sides of the Atlantic, driven by "Clint Eastwood" (number four U.K. pop, number 57 U.S. pop), co-produced by Nakamura and featuring Del tha Funkee Homosapien. Next, Nakamura returned to Handsome Boy Modeling School alias Nathaniel Merriweather for Lovage, a lounge-flavored, Serge Gainsbourg-influenced project that featured vocalists including Faith No More's Mike Patton and Elysian Fields' Jennifer Charles. Released later in 2001, Lovage's Music to Make Love to Your Old Lady By registered on Billboard's Independent Albums chart. The next year, Nakamura put together Wanna Buy a Monkey?, a DJ mix that combined a smattering of his remixes and productions with a greater number of favorites by a genre-crossing assortment of acts including Brand Nubian, Doves, and Masta Ace.

The producer's activity continually diversified during the rest of the 2000s. In 2004, Nakamura began an association with Glassjaw's Daryl Palumbo as part of Head Automatica, and reconvened with Prince Paul for the second Handsome Boy Modeling School album, White People, briefly a Billboard 200 entry. Three years later, he produced Dan the Automator Presents 2K7, the soundtrack for a volume in 2K Sports' basketball video game series, with E-40, Ghostface Killah, and Mos Def among the guest MCs. Amid full-length pairings, highlighted by Men Without Pants (a project with the Jon Spencer Blues Explosion's Russell Simins), and the co-production of Kasabian's West Ryder Pauper Lunatic Asylum, which went platinum in the band's native U.K., Nakamura additionally produced material for a motley assortment of artists, with Jamie Cullum, Hieroglyphics' Casual, and Latyrx's Lyrics Born among the beneficiaries.

Nakamura's 2010s output was marked by new duos, additional production commissions, and music for film and television. After he provided two tracks for the score of Scott Pilgrim Vs. the World, Nakamura co-produced another platinum album for Kasabian, Velociraptor!, and contributed to DRC Music, a meeting between U.K. and U.S. producers and Congolese artists supported by the Warp label. The re-launched Bulk Recordings then became home to the self-titled album by Pillowfight (Nakamura and Emily Wells) and the Deltron 3030 sequel Event 2, both 2013 efforts, and the following year's I Love You But I Must Drive Off This Cliff Now, credited to Got a Girl (Nakamura with Mary Elizabeth Winstead). Nakamura, Kool Keith, and Q-Bert reactivated Dr. Octagon in 2018 for another Bulk release, Moosebumps: An Exploration into Modern Horripilation. Meanwhile, Nakamura's soundtrack credits continued to pile up with titles such as Money Monster, Broken Bread, Booksmart, and Always Be My Maybe. ~ Andy Kellman & Steve Huey, Rovi 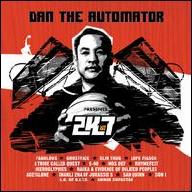 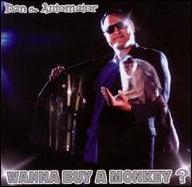 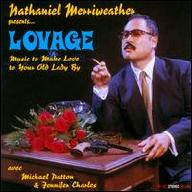 Lovage: Music to Make Love to Your Old Lady By
2001 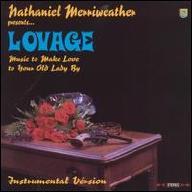 Music to Make Love to Your Old Lady By [Instrumental]
2001 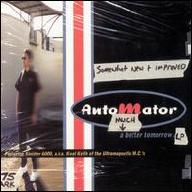 A Much Better Tomorrow
2000 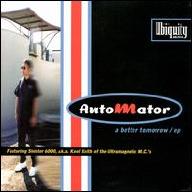 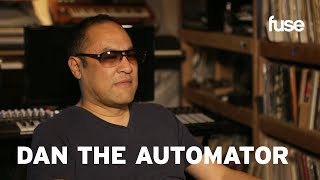 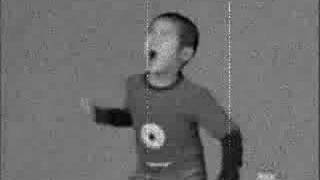 Automator - It's Over Now (Kool Keith & Dan the Automator) 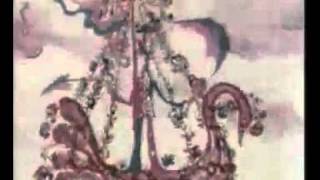 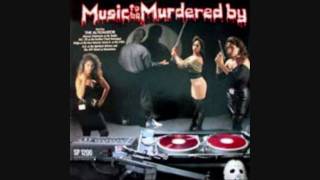 Do you Wanna Dance -Dan The Automator 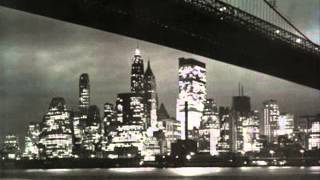 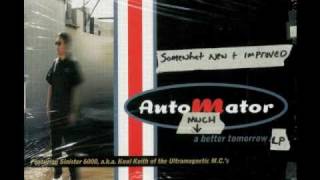 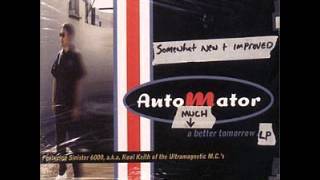