Close
Leonard Caston
from Sumrall, MS
January 1, 1917 - January 1, 1987 (age 70)
Biography
Leonard Baby Doo Caston may never have become quite the household name in latter-day blues that his associate Willie Dixon did, but he did play an important role in the rise of the blues out of the Mississippi Delta and into mainstream music. He was born in Sumrall, MS, in 1917, and from age eight onward was raised in Meadville, MS. He made his first trip to Chicago at age 17, but the move didn't take and he was back in Mississippi when his family moved to Natchez two years later.

Caston was already being drawn to music in his teens, and not just as a listener. Around the time of the move to Natchez, his mother purchased a used piano that he began to play. Caston was already under the spell of Leroy Carr, the renowned piano bluesman, and described Carr as "the greatest male blues singer I've ever heard." He also listened to a lot of Art Tatum's work but, by his own admission, he wasn't good enough to emulate his music, sound, or style. There were also guitarists and singers outside of the blues who influenced him, including one relative, guitarist/singer Kim Weathersby, and Floyd Smith; he also listened a lot to gospel groups, especially the Clouds of Joy, led by Andy Kirk. And -- though some may be surprised -- Caston credited Jimmie Rodgers, the hillbilly singer known as "the singing brakeman," as a major influence as well. Although he was later associated almost exclusively with the piano as his instrument, in his late teens Caston was just as proficient -- and perhaps more so -- on the guitar.

At 21 he headed back to Chicago, determined to try for a career in music. He eventually got into the orbit of Mayo Williams, the African-American producer/scout for Decca Records, and made a test recording as part of a trio with Arthur Dixon and Eugene Gilmore. And Arthur Dixon introduced him to his brother Willie Dixon who, at that time, was spending most of his time as a boxer -- indeed, according to his own account, it was Caston who convinced Dixon that he was too good a singer to spend so much time in the ring. That led to the beginning of their partnership, in 1939. Dixon eventually formed the Five Breezes with Caston, Jimmy Gilmore, Joe Bell, and Willie Hawthorne -- their sound was patterned after the Ink Spots, and they got lots of work in the years before World War II. Still, it was not with the Five Breezes but as a solo act that Caston cut his first record, for Decca, on June 4, 1940, two days after his 23rd birthday: The Death of Walter Barnes, which also featured legendary guitarist Robert Nighthawk on blues harp.

The Five Breezes split up with the outbreak of the Second World War, and in the wake of the breakup, he teamed with Ollie Crawford in a group called the Rhythm Rascals Trio, with Alfred Elkins playing bass. And the Rhythm Rascals were good enough to become one of the first black groups to be sent overseas by the USO, on a tour in which Alberta Hunter was the headliner. The group's history culminated in 1945 with a performance for General of the Army Dwight Eisenhower, Field Marshall Bernard Montgomery, and Marshall of the U.S.S.R. Gregory Zhukov. The end of the war brought an end to the Rhythm Rascals Trio, but Caston jumped back into the business with both feet, cutting a record of his own, Blues at Midnight, for Specialty Records with the Jump Jackson Orchestra, and also doing recording sessions with Roosevelt Sykes and Walter Davis. At this point, he was still mostly playing the guitar and, in fact, making a big part of his living as a session player. Meanwhile, Dixon had organized a group called the Four Jumps of Jive, with Gene Gilmore, Bernardo Dennis, and Ellis Hunter, around which Caston began spending a good deal of time. Eventually, that group lost Gilmore and Hunter, and what was left became the Big Three Trio -- Caston on vocals and piano, Dixon on bass and vocals, and Dennis on guitar and vocals.

The Big Three were managed by Lester Melrose, who got them an initial recording deal with Bullet Records and then with Columbia Records. The group cut a unique path in music at the time, mixing blues and harmony singing in a repertoire of standards and originals (most of the latter composed -- at least initially -- by Caston). Dennis quit early on (though after they'd charted with Ebony Rhapsody) and was replaced by Ollie Crawford. In those earlier years, up through 1949, Caston was the leader of the trio, and the most visible musically, doing most of the writing and singing most of the leads, as well as getting most of the solos. As the '40s ran into the '50s, however, Caston's influence on their music receded, and he was overshadowed by Dixon during the period in which the group was signed to the OKeh label.

The trio's last OKeh session took place in December of 1952 -- by that time, Dixon was involved with numerous recording activities, mostly in the orbit of Chess Records. The trio actually kept working until 1956, when it officially disbanded. Dixon remained a major influence on blues recording for decades afterward, as a songwriter, arranger, and producer, while Caston chose to concentrate on performing -- he made a career for himself across the decades that followed in the cities where he had a major audience, which included Chicago and Omaha. He and Dixon reunited for a videotaped performance in 1984, and around that same time, Caston cut an LP entitled Baby Doo's House Party. He passed away in 1987 at the age of 70. His son Leonard Caston, Jr. has enjoyed a long musical career, including a stint as a member of the Chicago-based R&B harmony vocal group the Radiants. ~ Bruce Eder, Rovi 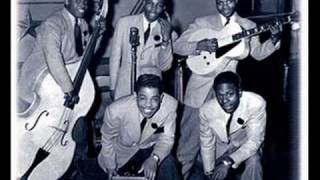 Leonard "Baby Doo" Caston - I Feel Like Steppin' Out 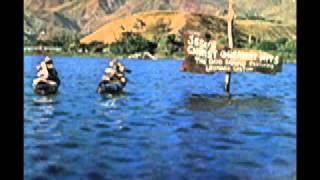 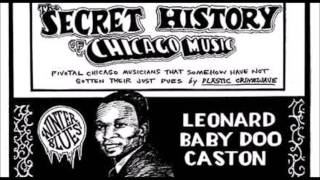 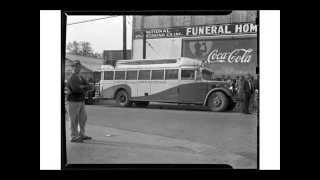 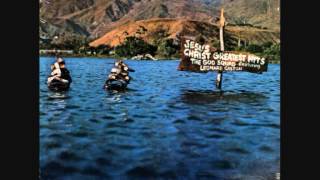 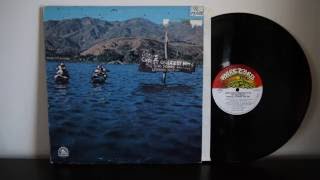 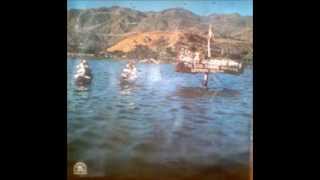