Close
Boiled in Lead
Biography
Arbiters of a style that's been variously called Celtopunk and rock & reel, Boiled in Lead originally consisted of bassist Drew Miller, guitarist/vocalist Jane Dauphin, fiddler Brian Fox, and a drum machine known as Amos Box. This lineup played a handful of gigs around the Minneapolis area. As of St. Patrick's Day 1983, the band had expanded to include drummer Mitch Griffin and fiddler Dave Stenshoel. This lineup recorded the 1985 BOiLeD iN lEaD, an energetic self-produced, self-released LP that hit the Celtic folk market like a rocket. BiL might well have played traditional music as part of their repertoire, but the format and delivery was anything but traditional.

Second guitarist Todd Menton joined the band in 1985 after an encounter with Miller at an Irish session led him to sit in with the band for a few gigs. It also led to a change of instrument for Menton, who had been playing saxophone up to that point. The expanded lineup began recording its second album, Hotheads, in the summer of 1986, but by the time the album was released in early 1987, both Griffin and Dauphin had left the band. Hotheads received a Minnesota Music Award for Best Celtic/Bluegrass/Folk Album of the Year. Old Lead compiles both albums onto a single CD.

Griffin was replaced by drummer Robin Adnan Anders, whose style took in everything from straight-ahead rock to complex Middle Eastern structures that helped influence the direction of the band. BiL spent much of 1987 touring, heading into the studio at the end of the year to record From the Ladle to the Grave, which moved away from the loud Celtic approach to add Eastern European, Russian, and even African material to the band's repertoire. Cooking Vinyl then signed BiL for European distribution. The album was released in April 1989, and proceeded to win another Minnesota Music Award, this time for Album/CD of the Year.

The band was back in the studio in early 1990 to record Orb, working with Hijaz Hank Mustapha from the fairly likeminded 3 Mustaphas 3 (who signed to BiL's Omnium Records label for the Friends, Fiends Fronds album). Fiddler Stenshoel had officially exited the band at this point, but did have a guest spot on the album. Once again, BiL displayed some stylistic movement, this time toward a more acoustic tone, although things could be quite loud and electric, as Tape Decks All Over Hell proved handily. For live shows through the end of 1991, Stenshoel's place was filled by Michael Ravaz on fiddle and bouzouki. Josef Kessler took over the fiddle spot as of 1992, with his first recorded appearances occurring on the limited-release live cassette Boiled Alive '92. The band made limited live appearances through 1992, and in November of that year Todd Menton left, to be replaced by Adam Stemple, formerly of Cats Laughing, a Minnesota band with strong ties to the science fiction fandom community, a connection that would have a distinct bearing on later work.

Stemple's first recorded work came with the thunderous Antler Dance, recorded in the summer of 1993 with Frank London in the producer's chair. The album reintroduced hard rock elements with a vengeance, with a cover of Bruce Springsteen's State Trooper getting a gruff treatment that would warm the cockles of Neil Young's heart. An assortment of other material kept up the Celtic and world music sides, even as a riotous cover of Boney M.'s Rasputin aimed straight for the heart of audience appeal. BiL also released a single, the no-airplay-guaranteed Fück the Circus, backed with Raca (Bunny Hop). This accomplished, the band hit the road for two years' worth of electric, acoustic, and house concerts, taping shows here and there. In 1995 the group collaborated with Steven Brust on Songs from the Gypsy, an album of songs by Miller and Brust based on the Steven Brust and Megan Lindholm novel -The Gypsy, the text of which was incorporated into a CD-ROM section on the disc. Once again, the band shifted direction somewhat, with the biggest influence on the music being Hungarian, though the overall feel was a mixture of hard rock and heavy folk, more in keeping with Brust's own style. The connections with Minnesota's strong science fiction community had come full turn.

In the following years, BiL kept up a reasonable touring schedule, although the various bandmembers became involved with other projects -- Drew Miller worked for East Side Digital, heading up NorthSide Records' attempts to gain a U.S. foothold for Scandinavian music (following Omnium's release of Garmarna's Vittrad), while Robin Anders released solo recordings and instructional percussion videos. In 1998 a BiL compilation, Alloy, was released, once again firmly demonstrating the Boiled in Lead guiding principle of never being boring in direction. While it included several cuts taken directly from the previously released albums, it consisted in the main of alternate mixes, demos, outtakes, and live cuts (including Brust's ode to Scottish overindulgence, Puking in the Heather). It's a sometimes raw, sometimes rude, sometimes smooth and glossy look at a band that had never rested on either its laurels or a body of traditional music. A second compilation, Alloy 2, was also released as a two-CD set available only through the band's fan club.

In the late '90s and well into the 2000s the group continued to perform live, including at annual St. Patrick's Day concerts, while undergoing various lineup changes, including the return of Dave Stenshoel in 1997 and Todd Menton in 2005, the arrival of new members Dean Magraw in 2005 and Marc Anderson in 2009, and the departure of Robin Anders in 2008 (the same year the group released Silver, its first studio recording since the late '90s). It seems very likely that Boiled in Lead may someday be seen as one of the more interesting and important bridges between world music and rock, with an influence that stretches far beyond their actual record sales. ~ Steven McDonald, Rovi 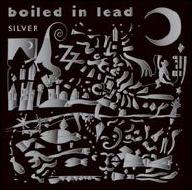 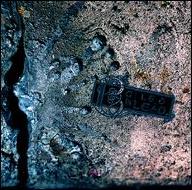 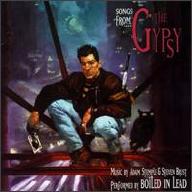 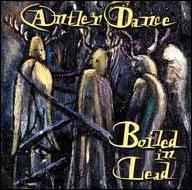 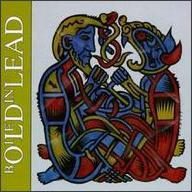 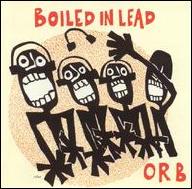 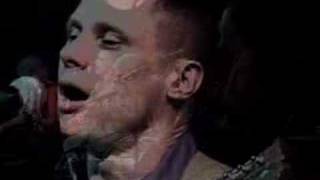 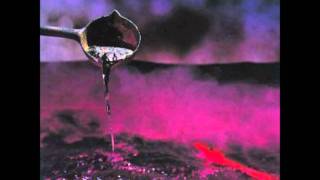 Boiled In Lead - My Son John 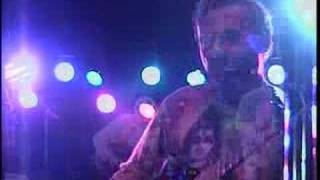 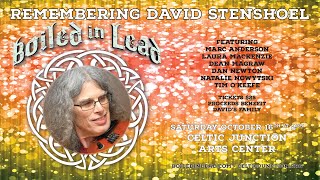 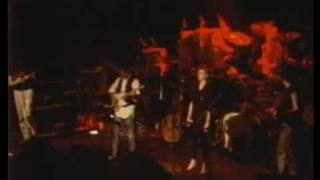 BOILED IN LEAD at First Avenue 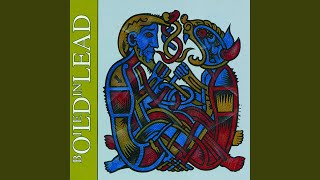 The Man Who Was Boiled in Lead 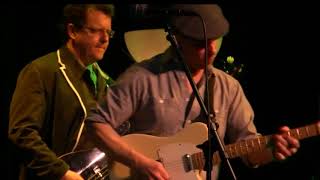