Close
Shaun Ryder
from Little Hulton, Gtr. Manchester, England
August 23, 1962 (age 58)
Biography
Shaun Ryder was the poster boy for rock & roll excess in the late '80s and early '90s, at least in the U.K. As the potty-mouthed, drug-using leader of the Happy Mondays, Ryder was voted most likely to become an international star as well as the next rock & roll casualty in pre-Brit-pop Great Britain. Ryder was born in Manchester, England, on August 23, 1962. In 1982, Ryder formed the Happy Mondays, drawing upon '60s psychedelia, '70s funk, and '80s house music. The group released its debut LP, Squirrel and G-Man Twenty Four Hour Party People Plastic Face Carnt Smile (White Out), in 1987, but it didn't have the impact of its follow-up, Bummed, appearing a year later. Bummed thrust the Happy Mondays into the open arms of indie purists who once choked on anything on the dance charts. Ryder's sleazy, rap-influenced vocal style was more punk than funk, reflecting the street talk of club-hopping Manchester youths.

However, it didn't translate well in America, as the band's third full-length, 1990's Pills 'n' Thrills and Bellyaches reached the country on a wave of hype that sank once commercial radio refused to bite. While "Step On" received some attention on alternative stations -- then only a handful -- the Happy Mondays' real audience was in England, as Pills 'n' Thrills and Bellyaches hit number one on the U.K. charts and Ryder's love of narcotics provided fodder for the tabloids. Ryder's heroin addiction and the lackluster sales of 1992's critically roasted Yes, Please tore the band apart. In 1993, Ryder formed Black Grape, further developing the Happy Mondays' party-all-the-time sound with a greater emphasis on rap and funk. Black Grape's first album, 1995's It's Great When You're Straight...Yeah, debuted at number one in England.

Another Black Grape album, Stupid, Stupid, Stupid, followed in 1997 but the band fell apart the next year. Ryder quickly returned to a reunited Happy Mondays, which toured through 2000. Next up, Ryder released the solo album Amateur Night in the Big Top in 2003, but this venture proved short-lived. He returned to another incarnation of the Happy Mondays -- one that only featured himself, Bez, and Gaz Whelan -- in 2004 and after some live shows, including festival dates in 2005, the group released the "Playground Superstar" single in 2006. The full-length Uncle Dysfunktional followed in the summer of 2007, and the group toured the record throughout the year. This version of the Happy Mondays splintered in 2010, after which Ryder appeared on the tenth series of the reality show I'm a Celebrity...Get Me Out of Here! An autobiography called Twisting My Melon arrived in 2011 and, over the next few years, he was a regular fixture on U.K. television, even scoring his own program, Shaun Ryder on UFOs, in 2013.

The original lineup of the Happy Mondays reunited in 2012 for a tour and they continued to tour into 2013, teasing the possibility of an album of new material. Before that materialized, the Mondays celebrated the 25th anniversary of Pills 'n' Thrills and Bellyaches with a tour in 2015 and, afterward, Ryder switched gears and reunited Black Grape for a tour commemorating the 20th anniversary of It's Great When You're Straight...Yeah. Black Grape leapfrogged the Happy Mondays in Ryder's priorities, with the reunited band releasing Pop Voodoo in the summer of 2017. ~ Michael Sutton, Rovi 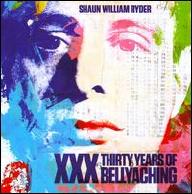 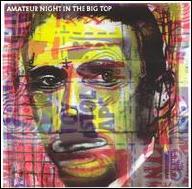 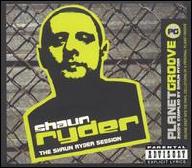 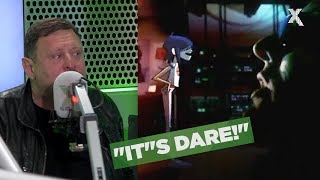 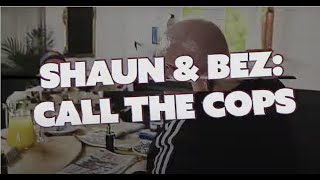 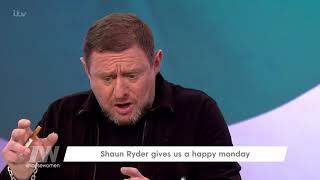 Shaun Ryder on Growing Up and Getting Clean | Loose Women 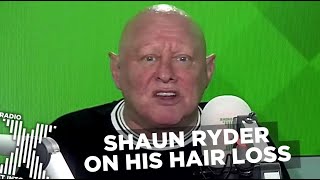 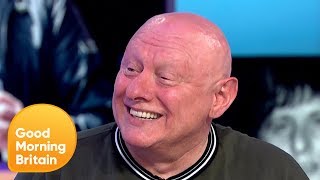 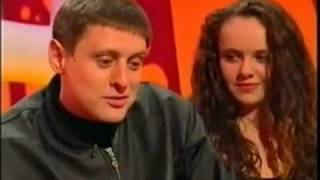 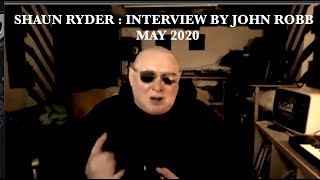