Close
Brian Lynch
from Milwaukee, WI
September 12, 1956 (age 65)
Biography
Brian Lynch is a fiery, technically adroit trumpeter who first emerged from Art Blakey's final Jazz Messengers lineup in the late 1980s to become one of the leading jazz musicians of his generation. Blessed with a crackling tone and exuberant improvisational style, Lynch commands attention whether playing aggressive post-bop or sophisticated Latin music. It's a vibrant combination that has earned him accolades, including Grammy Awards for 2006's Simpático and 2019's big-band date The Omni-American Book Club. When not touring or recording, Lynch is an active educator, serving as associate professor of jazz and studio music at the Frost School of Music at the University of Miami.

Born in Urbana, Illinois in 1956, Lynch grew up in the Milwaukee area, where he earned his undergraduate degree from the Milwaukee Conservatory of Music. From there, he spent a year living in San Diego and playing with saxophonist Charles McPherson before relocating to New York City in 1981. Once in New York, he quickly became a valuable on-call sideman, playing with such luminaries as pianists Horace Silver and Toshiko Akiyoshi, among others. A versatile performer, Lynch also found a home in N.Y.C.'s vibrant Latin salsa scene and performed regularly with such popular salsa artists as Angel Canales, Héctor Lavoe, and Eddie Palmieri. This formative experience had a profound effect on Lynch, and he continued to incorporate Latin sounds and rhythms into his music.

As a solo artist, Lynch made his debut as leader with 1986's Peer Pressure, followed by Back Room Blues in 1988. Also in 1988, Lynch joined what would become the final lineup of Art Blakey's storied Jazz Messengers. He toured and recorded with Blakey from 1988 until the famed drummer's death from lung cancer in 1990. As a Jazz Messenger, Lynch appeared on such albums as The Art of Jazz: Live in Leverkusen, Chippin' In, and One for All.

In 1992, Lynch joined saxophonist Phil Woods' quintet, with whom he toured and recorded throughout much of the decade. During the '90s, he continued to release solo albums, including 1994's At the Main Event, 1995's Keep Your Circle Small, and 1997's Spheres of Influence, his first album to fully embrace his stylistically diverse range of influences. In the 2000s, Lynch's albums, like 2000's Tribute to the Trumpet Masters, 2003's Fuschia/Red, 2005's 24/7, and 2006's Grammy-winning Simpático (with Eddie Palmieri) revealed yet more eclecticism as he continued to incorporate his wide-ranging love of adventurous jazz, funk, and Latin styles.

The themes of cross-cultural diversity and paying homage to the artists who have influenced the course of his career are also common ones in Lynch's catalog, as evidenced by albums like 2012's Madera Latino: A Latin Jazz Interpretation on the Music of Woody Shaw, and his three-volume Unsung Heroes project, in which he celebrated the music of lesser-appreciated trumpet masters like Louis Smith, Tommy Turrentine, Charles Tolliver, and others. In 2014, he collaborated with pianist Emmet Cohen on the album Questioned Answer. Following sessions with Palmieri, Lynch picked up his second Grammy Award for his 2019 large-ensemble album The Omni-American Book Club: My Journey Through Literature in Music, which found him drawing inspiration from writers like Ralph Ellison, Naomi Klein, and Amiri Baraka, among others. ~ Matt Collar, Rovi 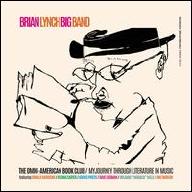 The Omni-American Book Club: My Journey Through Literature in Music
2019 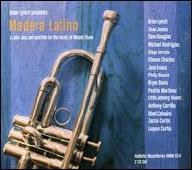 Madera Latino: A Latin Jazz Interpretation on the Music of Woody Shaw
2016 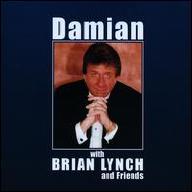 Damian With Brian Lynch and Friends
2009 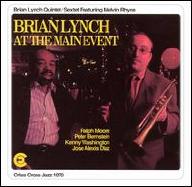 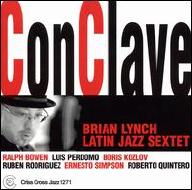 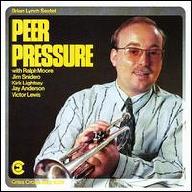 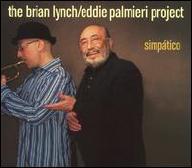 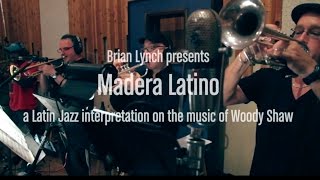 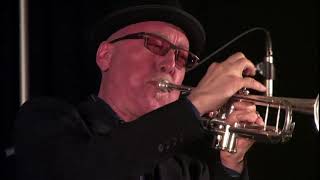 Brian Lynch Got the Gig! 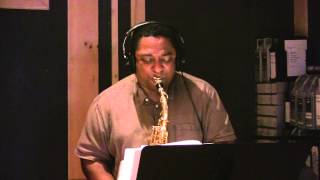 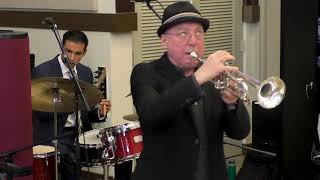 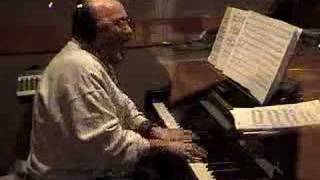 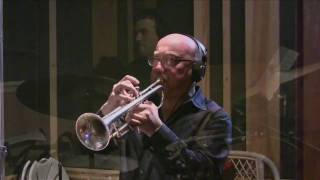 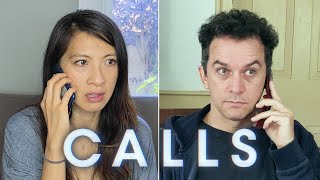