Close
Bryce Dessner
April 23, 1976 (age 45)
Biography
Whether it's as guitarist for the National, curator of the MusicNOW festival, producer, film scorer, or composer-in-residence, Bryce Dessner is constantly expanding his musical horizons. Drawing on diverse elements and influences, including music of other cultures or styles, much of his creative energy is sparked by collaborations with other musicians. Around the time the National released their 2001 eponymous debut, Dessner co-founded the contemporary ensemble Clogs, and he has remained active as a performer and festival director in the classical realm alongside his indie rock band's Top Five-charting success. In 2017, the National's seventh studio album, Sleep Well Beast, reached a career-high number two, while Planetarium, a genre-bending collaboration between Dessner, Nico Muhly, Sufjan Stevens, and James McAlister, placed just outside the top half of the Billboard 200. Katia and Marielle Labèque's 2019 album Dessner: El Chan consisted entirely of Dessner compositions, and he was one of three members of the National to provide the songs for the film musical Cyrano in 2021.

Bryce Dessner and his twin brother Aaron have played music since childhood. One of their various endeavors as young adults was Project Nim, whose other members included Bryan Devendorf. Bryce went on to earn both his bachelor's and master's degree in music at Yale. Aaron joined Matt Berninger and brothers Bryan and Scott Devendorf to form the National in New York in 1999. In 2001, just as the National released their first album on the Brassland Records label -- co-founded by the Dessner brothers and Alec Hanley Bemis -- Bryce was added to the group on guitar, solidifying a lineup that would remain intact throughout their rise to mainstream success. He also joined some of his Yale classmates, including Padma Newsome, to form Clogs, an ensemble collaboratively creating primarily acoustic instrumental music. They issued the debut album Thom's Night Out that October.

Dessner founded the Cincinnati-based MusicNOW Festival in 2006. With a focus contemporary composition, over the years it has featured an international roster of guests ranging from Glenn Kotche, Bell Orchestre, So Percussion, and Sufjan Stevens to the Kronos Quartet, the Cincinnati Symphony, and the Lone Bellow. He's also directed festivals in Brooklyn, London, and Cork, Ireland, some combining other arts with music.

Arriving on Brassland in 2003, the National's sophomore LP, Sad Songs for Dirty Lovers, reunited the band with producer Nick Lloyd and introduced Newsome, who contributed violin, viola, and string arrangements. That year, Clogs released Lullaby for Sue, following it with Stick Music in 2004. The National returned in 2005 with Alligator, which also featured strings by Newsome as well as piano and organ by Newsome and Lloyd. It marked their debut on the Beggars Banquet label. The Clogs recording Lantern arrived on Brassland and Talitres Records in 2006. Back with the National, their fourth full-length, Boxer, proved a commercial breakthrough in 2007. Featuring expanded instrumentation, including woodwinds and brass, keyboards by Thomas Bartlett (Doveman), and production by the band and Peter Katis, it reached number 68 on the Billboard 200. Boxer charted higher in countries including countries in the U.K., New Zealand, and Finland. A year later, they issued The Virginia EP, a collection of unreleased songs, B-sides, demos, and live recordings. The National signed with 4AD for their fifth studio LP, High Violet. Released in 2010, it embraced the more cinematic sound of Boxer with guests who included not only Newsome and Bartlett but such names as Sufjan Stevens, Nico Muhly, Nadia Sirota, Bon Iver's Justin Vernon, and Arcade Fire's Richard Reed Parry. High Violet landed in the Top Three in the U.S., Canada, and a handful of European countries, and reached number five in the U.K. Dessner also released an album (The Creatures in the Garden of Lady Walton) and two EPs (Veil Waltz and Last Song EP) with Clogs in 2010. The album featured Newsome along with Berninger, Sufjan Stevens, and Aaron Dessner.

Meanwhile, in the late 2000s and early 2010s, Bryce Dessner began receiving commissions from organizations such as the American Composers Forum and the Brooklyn Academy of Music. A commission from the Kronos Quartet, Aheym (2009), was the first to bring him wider attention and was the centerpiece on a Kronos 2013 disc devoted to his music. St. Carolyn by the Sea (2011), a double concerto for electric guitars, commissioned in part by Muziekgebouw Eindhoven, along with two other Dessner works, was paired with film music by Jonny Greenwood for its premiere recording performed by the Copenhagen Philharmonic and Andre de Ridder, released in 2014 on Deutsche Grammophon. Among other notable Dessner creations are the Top 20 classical album Music for Wood and Strings, for So Percussion, which was performed on instruments designed by Dessner and Aron Sanchez; and Murder Ballades from Eighth Blackbird's Grammy-nominated album Filament. Another Grammy-nominated album with Dessner's name on it was the National's 2013 release Trouble Will Find Me, on which he worked as producer and orchestrator as well as performer. That album had similar chart placements to its predecessor, High Violet, and also featured Bartlett, Muhly, Parry, and Stevens alongside over a dozen other instrumentalists. Sharon Van Etten, Nona Marie Invie, and St. Vincent's Annie Clark sang on the record. In 2013, Dessner also became composer-in-residence at Muziekgebouw Eindhoven for a three-year period. During the residency, his band released the nine-LP box set Lot of Sorrow (2015), which captured a live, MoMA-hosted performance art collaboration with Icelandic artist Ragnar Kjartansson from 2013. Dessner also contributed to the soundtrack for the Oscar-winning film The Revenant (2015), and a score he wrote with his brother Aaron for the 2016 thriller Transpecos received a soundtrack release on Milan Records.

In 2017, 4AD released Planetarium, a collaborative work inspired by the Solar System that featured music by Dessner, Muhly, Stevens, and drummer James McAlister (Ester Drang). The same year, the National's third studio album for 4AD and seventh overall, Sleep Well Beast, went to number two in the U.S. and topped the charts in Canada, Ireland, and the U.K. Sleep Well Beast also won the National a Grammy Award for Best Alternative Music Album in early 2018. Boxer: Live in Brussels saw release later in 2018, and the National returned in May 2019 with their eighth studio album, I Am Easy to Find. Inspired by a collaboration with filmmaker Mike Mills, it reached number one on the U.S. Top Rock Albums chart and showcased cameos by a number of female vocalists, including Gail Ann Dorsey, Eve Owen, and Sharon Van Etten. Also in 2019, Dessner collaborated with Will Oldham and Eighth Blackbird on When We Are Inhuman, which was part of Dessner's Murder Ballades series, and the Katia and Marielle Labèque recording El Chan consisted of three works by Dessner, including a concerto for two pianos. Meanwhile, Aaron Dessner's high-profile production efforts for Taylor Swift led to the National appearing on "Coney Island" from Swift's 2020 album Evermore. After contributing a cover of INXS' "Never Tear Us Apart" to the bushfire relief charity album Songs for Australia, the band returned in 2021 with the original song "Somebody Desperate" for the Cyrano soundtrack. The film musical featured lyrics by Matt Berninger and Carin Besser and music by Bryce and Aaron Dessner. ~ Patsy Morita & Marcy Donelson, Rovi 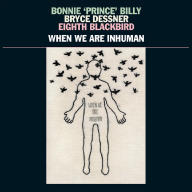 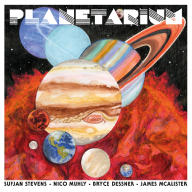 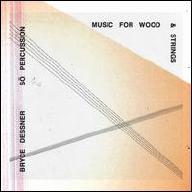 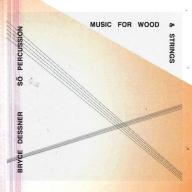 Music for Wood and Strings
2015 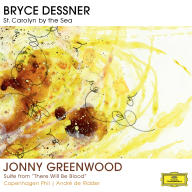 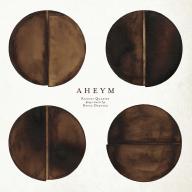 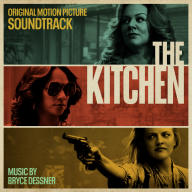 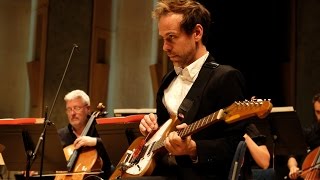 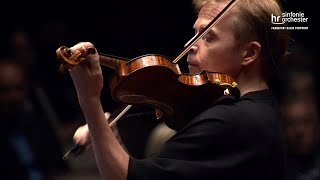 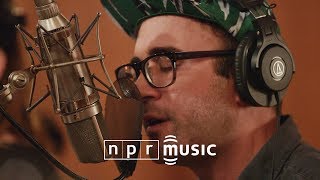 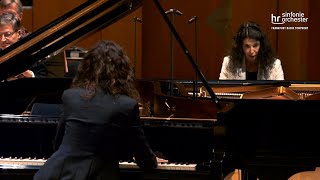 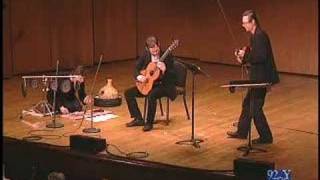 Bryce Dessner (The National) at The New York Guitar Festival 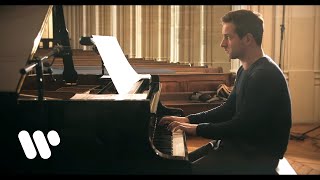