Close
Sofia Gubaidulina
from Chistopol, Russia
October 24, 1931 (age 89)
Biography
Sofia Gubaidulina survived difficult circumstances in her native country, with the backing of some notable composers, to become what many consider to be one of the most important composers of her time. Her works have been performed throughout the world and recorded by a diverse collection of artists. Her style has spanned genres from the avant-garde to more traditional forms.

Gubaidulina was born on October 24, 1931, in Chistopol, in the Tatar Republic. Growing up there, Gubaidulina would bind peculiar fusions of Eastern and Western into dramatic polarities in her later work. She graduated from the Kazan Conservatory in 1954, having studied composition and piano; she then left for Moscow, where she studied at the Conservatory with Nikolay Peyko until 1959, and then with Shebalin until 1963. By this time, Gubaidulina was already marked as an "irresponsible" composer on "a mistaken path"; Shostakovich, among others, supported her, however, advising her to "continue along [her] mistaken path." In the mid-1970s, Gubaidulina founded a folk-instrument improvisation group with fellow composers Victor Suslin and Vyacheslav Artyomov called Astreja (Astraea), still active in the 21st century.

In her 1986 symphony Stimmen... Verstummen... ("I hear... silence"), Gubaidulina wrote a cadenza for the conductor. The orchestra is largely silent save for a few rumblings from bass drums, during which the conductor melds this quasi-silence into strong but delicate contours. With agonizingly slow precision, the conductor eventually brings his hands upwards, tracing a Christmas-tree shape, until they are fully stretched toward the heavens. He flips his hands upwards, and the organ, nestled deep in the orchestra, catches the gesture and begins the symphony's apocalyptic final movement. The gesture is wonderfully symbolic of Gubaidulina's work in general, obsessed as it is with the "other sides" of music, with "re-tying the bonds" between gesture and sound, sound and silence, silence and noise, this sensate world and the super-sensate next. From early works like Night in Memphis (1968) through the now-classic Offertorium and Seven Last Words of the early 1980s, and up to the Double Viola Concerto "Two Paths" from 1999, Gubaidulina's music traces an impassioned commitment "to restore a sense of integrity" to both art and life. In this sense, her music is unabashedly re-ligious: it finds and binds the fissures which mark human solitude, with a brazen honesty rare in music even today. As she described herself, "I am a religious person... and by 'religion' I mean re-ligio, the re-tying of a bond... restoring the legato of life. Life divides man into many pieces. There is no weightier occupation than the recomposition of spiritual integrity through the composition of music."

In many ways, the cross is the most potent symbol in Gubaidulina's work; it is the consummate node of intersection, the site of re-tying both as a mark of salvation and the greatest suffering. So many of her works contain cross imagery, often through elaborate, predestined meeting-and-diverging points for distinct-sounding bodies or musical concepts. Hence the great "crossings" of 1979's In Croce (between cello and organ), 1981's Rejoice! (cello and violin), 1982's Seven Last Words (cello, bayan, and strings), 1980's Offertorium (violin and orchestra), and 1997's Canticle of the Sun (cello, percussion, and chorus). In the 12-movement symphony, the crux occurs between sound (the orchestra) and silence itself (the pantomiming conductor), each on its own desperately etched trajectory. What is perhaps most astonishing about Gubaidulina's music is how, amidst such formally rigorous edifices (the cross, the mass-sequence, the Fibonacci sequence), a voice of such supple, passionate directness arises. Gubaidulina's work, even while unfolding an apocalyptic itinerary, often sounds breathed out in the moment, systolic and organic; filaments or melody float, buffet, and fall, even as a musical cataclysm ferments. This tight religious knot of opposites may well account for Gubaidulina's success in the West in the late 20th and early 21st centuries. In 2020, she was heard performing with Astraea and Miles Anderson on the album Astraea. ~ Seth Brodsky & Keith Finke, Rovi 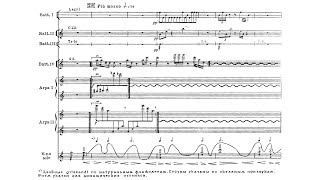 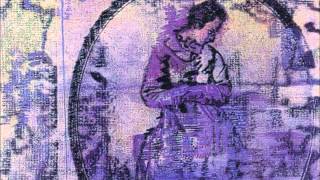 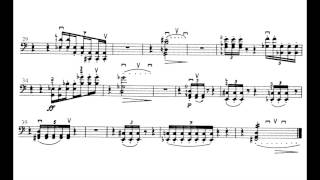 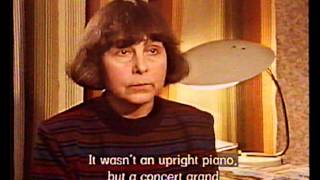 Portrait of Sofia Gubaidulina - Part 1 of 3 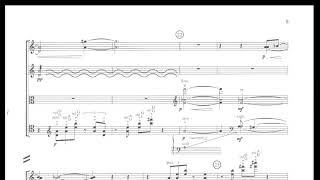 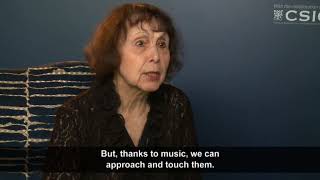 Sofia Gubaidulina: "Music is capable of approaching mysteries and laws existing in the cosmos" 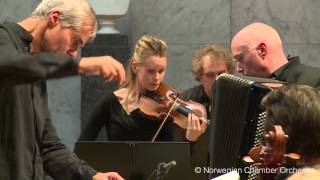