Close
Les Rita Mitsouko
from Paris, France
formed January 1, 1980 - January 1, 2007 (age 27)
Biography
An iconic and critically-acclaimed French pop duo of the 1980s, Les Rita Mitsouko represented the collaboration of singer Catherine Ringer and multi-instrumentalist Fred Chichin. Emerging out of the Parisian new wave scene, the group's vivid art-pop blended elements of punk, jazz, electronic, and musical theater which found a significant European audience in the middle part of the decade thanks to albums like The No Comprendo and Marc et Robert. The duo's openness and adventurous approach saw them constantly reinventing themselves and by the mid-90s, their diverse work included musical scores and collaborations with filmmakers, fashion designers, and artists like Sparks and Iggy Pop. They remained active into the 2000s, releasing a final album, Variety, in April 2007 before the Chichin's death from cancer later that year ended their career.

Les Rita Mitsouko came together in the spring of 1979 when former Gazoline guitarist Chichin and Ringer began working together on the same theater production. Upon their first meeting, they became inseparable and quickly left the production to form a rock band. With Ringer on vocals and Chichin handling much of the instrumentation, they debuted later that year as the Sprats, playing around local clubs and bars for a couple of years before rebranding as Rita Mitsouko which combined the names of famed French actress/stripper Rita Renoir and the perfume Mitsouko.

With their highly stylized look and mix of minimalist art-pop and new wave, they became a popular live act while keeping one foot in the theater world, most notably composing the music to Armando Llamas' d'Aux limites de la mer shortly before the playwright's death in 1981. Signing to Virgin Records in 1982, the duo issued their first single, "Minuit Dansant," though it was the B-side, "Don't Forget the Nite," which became a surprise radio hit and was quickly re-released on top. They moved to Cologne and began recording their eponymous 1984 debut album, which spawned the European hits "La Jalousie" and "Marcia Baila." Ensuing tours with the Smiths and Kid Creole revealed their growing popularity, and by 1986 they were ready to record their follow-up album.

With producer Tony Visconti at the helm and filmmaker Jean-Luc Goddard documenting the sessions, 1986's The No Comprendo was both a critical and commercial success, vaulting the now plural Les Rita Mitsouko into the European mainstream and earning an Album of the Year award from Victoires de la Musique. Footage from the album's sessions appeared the following year in Goddard's experimental film #Soigne Ta Droite. The band moved to New York in early 1987 to hold auditions for a live band. The following tour, which covered most of Europe, was an enormous success and led to the eventual re-launching of La Cigale, an old Parisian theater that the band enjoyed. During the tour they also made friends with pioneering British art-pop duo Sparks, with whom they collaborated on 1988's synth-heavy Marc et Robert, which was also produced by Visconti. Another tour followed, leading to the construction of the band's new studio in their home. 1990 saw the release of Re, a remix album consisting of songs from their first three albums, as well as a month-long engagement at La Cigale. The performances were so successful that the two agreed to prolong the appearance, staying at the theater until January of 1991. Although they had planned to reunite with Visconti for their next album, Ringer and Chichin ended up producing the sessions themselves, recording in a large rented house in Morocco. Released in 1993, Systeme D was another critical success and included a duet with Iggy Pop on the song, "My Love Is Bad." Another European tour resulted from the release, and they worked with several other musicians during their trips, including Coba and Richard Galliano. Les Rita Mitsouko's first live album, Acoustiques, appeared in 1996 with their full catalog finally receiving a proper American release in 1999.

The band began the millennium with Cool Frenesie, their first studio album in seven years which they followed with a greatest hits compilation, Le Bestov. They released their sixth studio album, La Femme Trombone in 2002 and a live album entitled En Concert avec l'Orchestre Lamoureux in 2004. Following a relatively quiet period, Les Rita Mitsouko returned with 2007's Variety, which would unfortunately be their last album together. With concert dates already on the calendar, Chichin received a cancer diagnosis that September and succombed to the disease just two months later on November 28, 2007. Ringer continued under her own name and released the live album Chante Les Rita Mitsouko and more a la Cigalle in 2008. Over a decade later, the band's entire catalog was honored with the 2019 career-spanning box set, L'Integrale. ~ Timothy Monger & Bradley Torreano, Rovi 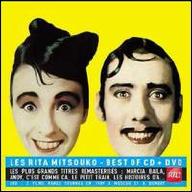 The Best of les Rita Mitsouko [Because]
2019 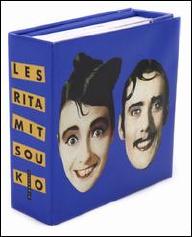 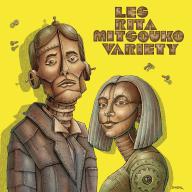 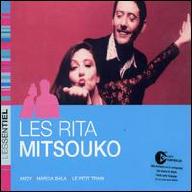 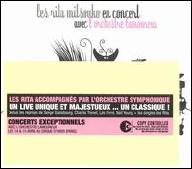 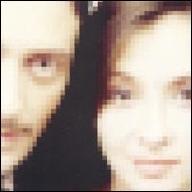 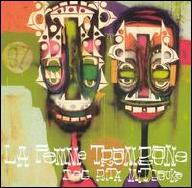 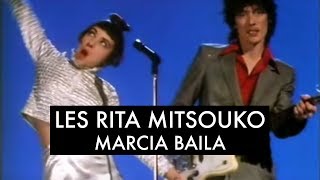 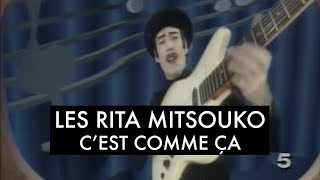 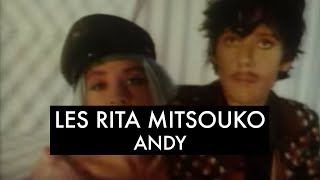 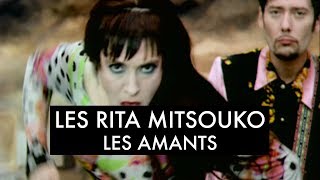 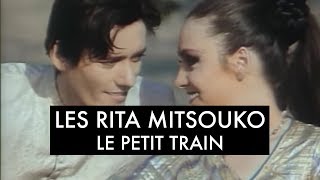 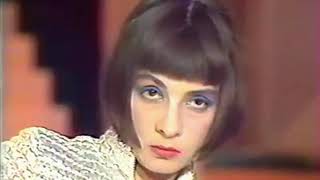 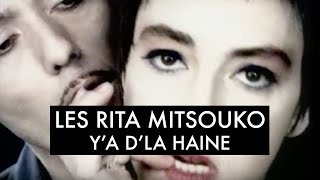