Close
Sarah Brightman
from Berkhamsted, Hertfordshire, England
August 14, 1960 (age 61)
Biography
With a bright soprano that has traversed musical theater, operettas, world music, and adult contemporary pop, Sarah Brightman is a vocalist, songwriter, dancer, and actress who has charted and toured on six continents. She starred in such stage musicals as Cats and The Phantom of the Opera, both composed by her ex-husband Andrew Lloyd Webber, and originated the role of Phantom's Christine opposite Michael Crawford on both the West End and Broadway. Several of her solo recordings, including 1997's Timeless and 2008's Symphony, have been certified gold or platinum in multiple countries. In 2013, Dreamchaser became her third album to reach the U.S. Top 20. Brightman is also active in various philanthropic causes, including advocating for girls and women in the fields of science and technology.

Born August 14, 1960, in Berkhampstead, England, Brightman began dancing at the age of three, and ten years later made her London theatrical debut in Charles Strouse's I and Albert. By 1976, she was a dancer on the television series Pan's People, and later led the pop group Hot Gossip, which in 1978 scored a U.K. number six hit with the single "I Lost My Heart to a Starship Trooper." In 1981, she was cast in the role of Jemima in Lloyd Webber's Cats. He would later come to see her perform in the children's opera Nightingale, and the two eventually began a relationship. In 1984, they married. Both a romantic and creative partnership, the duo often worked together, with Brightman developing the role of Christine Daaé in The Phantom of the Opera and appearing in such Lloyd Webber productions as his 1985 mass Requiem and 1989 musical Aspects of Love. Although they divorced in 1990, Brightman toured that year in The Music of Andrew Lloyd Webber: A Concert Spectacular.

In addition to her stage work, Brightman also embarked on a career as a solo artist, beginning with 1988's The Trees They Grow So High and 1989's The Songs That Got Away. In 1990, As I Came of Age included songs from Aspects of Love and Hair, as well as covers of the Everly Brothers and Aimee Mann. She followed it with Dive in 1993 and Fly in 1995. Timeless reached the Top Five in countries including the U.K. and Canada in 1997 and marked her debut on the Billboard 200 as a solo artist. A year later, she had another international hit with Eden. The Andrew Lloyd Webber Collection saw release in 1999, as did a selection of lesser-known show tunes called The Songs That Got Away. Luna followed in the spring of 2000, with Encore arriving the next year. Brightman then adopted a Middle Eastern theme for her 2003 release, Harem. Love Changes Everything: The Andrew Lloyd Webber Collection, Vol. 2 was issued in 2005, followed by the CD/DVD Diva: The Singles Collection in 2006.

In 2007, Brightman appeared on BBC One's Just the Two of Us and performed at the Concert for Diana, the Shanghai Live Earth show, and the Macy's Thanksgiving Day Parade. The following year saw the release of Symphony and A Winter Symphony, as well as the airing of the PBS special Symphony: Live in Vienna. Symphony became her highest-charting album yet in the U.S., reaching number 13. The calendar year was further highlighted by her appearance at the 2008 Olympic Games in Bejing, which gave her mass exposure to Asian and also Latin American audiences. She spent the next three years touring in both those regions. In the interim, the Live in Vienna concert was released in audio format in 2009. In 2010, Brightman became a permanent resident of the United States. Her next studio album, the spaceflight-inspired Dreamchaser, was released in the early months of 2013, and she returned in 2016 with the Gala: An Evening with Sarah Brightman tour, which saw her performing with orchestras around the world. After beginning work on an album with producer Frank Peterson, she joined the Royal Christmas Gala tour for 22 performances in Europe in 2017. The completed LP, Hymn, arrived in 2018 via Decca Gold and was followed by another tour, this one consisting of over 100 shows across five continents. In late 2019, Brightman released a live DVD/album from the tour called Hymn in Concert. ~ Jason Ankeny & Marcy Donelson, Rovi 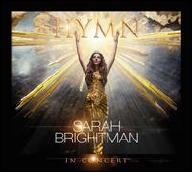 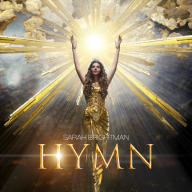 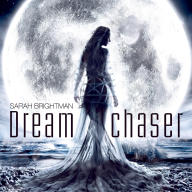 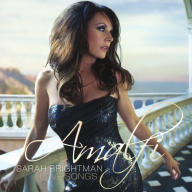 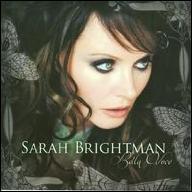 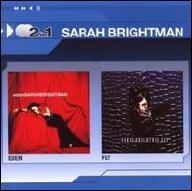 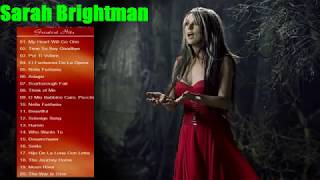 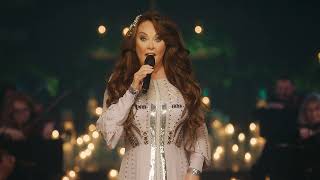 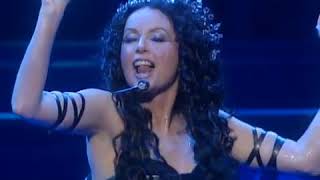 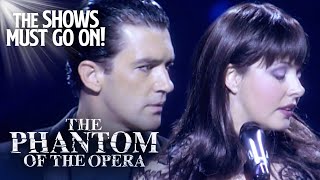 'The Phantom of The Opera' Sarah Brightman & Antonio Banderas 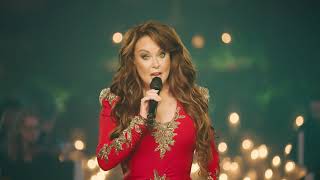 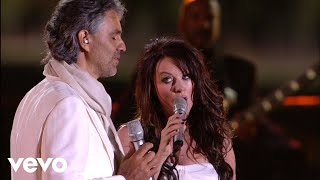 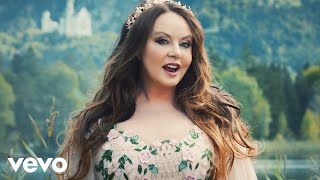