Close
Jessica Simpson
from Dallas, TX
July 10, 1980 (age 41)
Biography
Although Jessica Simpson dabbled in film, reality TV, and eventually contemporary country music during the 2000s, she is best known as a dance-pop vocalist who rose to fame in the late '90s alongside such teenaged acts as 98°. Simpson was born and raised in Dallas, TX, where she began her performing career as a member of her church choir; at 12, she also auditioned unsuccessfully for The Mickey Mouse Club. While attending church camp the following summer, Simpson was discovered by the head of a tiny contemporary Christian music label and spent the next three years recording her debut album. However, the label folded before Simpson's record could be released, although a small pressing was eventually funded by her grandmother. Nevertheless, the teen became a hit on the Christian Youth Conference circuit, where she shared bills with Kirk Franklin, God's Property, and CeCe Winans.

Seeking to expand her popularity in the secular market, Simpson later signed to Sony and toured in support of the boy band sensation 98°. Teen pop was in full swing, and Simpson released her well-timed debut album, Sweet Kisses, in 1999. The album enjoyed smash singles with I Wanna Love You Forever and I Think I'm in Love with You, the latter of which sampled the chord progression from John Mellencamp's Jack and Diane. A second studio effort, Irresistible, appeared in spring 2001. Despite MTV's coverage of the album's title track, Simpson's sophomore effort didn't fare as well as her debut, which reached multi-platinum status. In 2002, Simpson married her longtime boyfriend, 98° crooner Nick Lachey, and went on to appear in several episodes of That '70s Show. However, she didn't become a bona fide celebrity until the summer of 2003, when the MTV-produced reality show Newlyweds began documenting the first year of Simpson's marriage to Lachey.

Simpson's third album, a mature effort titled In This Skin, received a July 2003 release that smartly coincided with her hit TV show. The leadoff single Sweetest Sin was only a moderate chart hit, but thanks to the success of Newlyweds, Simpson's teetering career refused to topple. A second single, With You, became a favorite among the MTV crowd, and by spring 2004, In This Skin had been re-released with reworked versions of Berlin's Take My Breath Away and Robbie Williams' Angels, as well as additional footage from the first season of Newlyweds. Simpson spent the rest of 2004 and early 2005 working on the second season of Newlyweds; she also expanded her onscreen presence by portraying Daisy Duke in the Dukes of Hazzard movie. Late that year, she and Lachey separated amidst a flurry of rumors, with Simpson eventually filing for divorce in December 2005.

Soon after, she set to work on her fourth album and starred in the Dane Cook vehicle Employee of the Month. A Public Affair arrived in summer 2006, featuring influences that ranged from '80s new wave to contemporary country. The album went gold, a modest achievement given Simpson's platinum-selling past, and the singer opted to refashion herself as a country artist for 2008's Do You Know. The album debuted at the top of Billboard's country charts but spawned no big hit singles and she left Sony Nashville seven months after its release. During the first part of 2010, Simpson devoted herself to hosting the VH1 show The Price of Beauty. In the fall, Sony issued Playlist, the first Simpson hits compilation, and the singer released her second Christmas album, Happy Christmas, on Primary Wave Records. ~ Jason Ankeny, Rovi 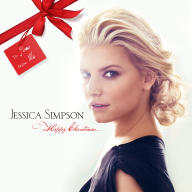 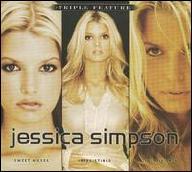 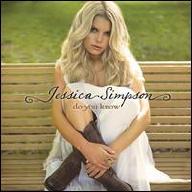 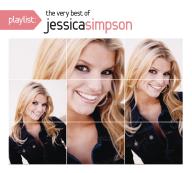 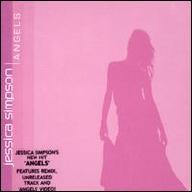 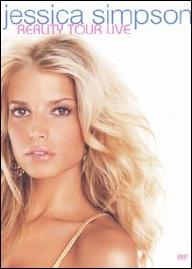 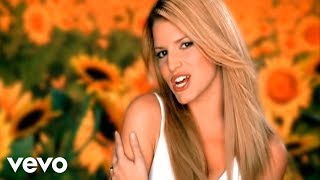 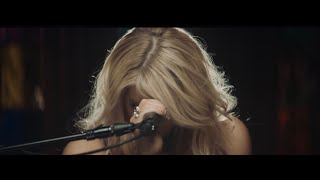 Jessica Simpson Covers Particles by Nothing But Thieves 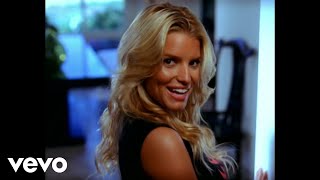 Jessica Simpson - With You 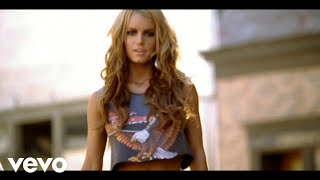 Jessica Simpson - These Boots Are Made for Walkin' (Video) 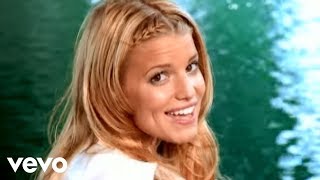 Jessica Simpson - I Think I'm in Love with You 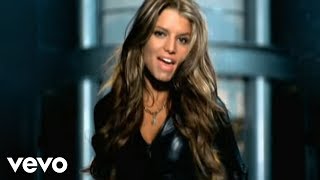 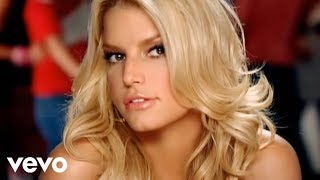