Close
Albert Ammons
from Chicago, IL
September 23, 1907 - December 2, 1949 (age 42)
Biography
A major inspiration to generations of improvising musicians, Albert Ammons is best remembered as an exciting pianist who inaugurated the Blue Note record label by hammering out blues and boogie duets with Meade Lux Lewis, and as the father of hard bop tenor saxophonist Gene Ammons. Born in Chicago on September 23, 1907, he learned the rudiments of piano from his parents and neighbors and began cultivating an ability to play the blues when he was 12 years old. His main influences were Jimmy Blythe, Jimmy and Alonzo Yancey, Hersal Thomas, and Clarence Pinetop Smith, who personally encouraged the aspiring pianist.

At the age of 17 Ammons met Meade Lux Lewis while they were both drivers for Chicago's Silver Taxicab Company. The two men honed their skills by pounding the ivories on an upright at the depot and by gigging publicly after hours, sometimes doubling up for boogie-woogie piano four hands. By 1934 Ammons was leading his own little group at the Club De Lisa on the South Side. A powerhouse stride pianist who had stylistic traits in common with Fats Waller (the two would have made a formidable duo had anyone ever thought to bring them together), Ammons became strongly identified with the boogie-woogie style after recording Boogie Woogie Stomp and Swanee River Boogie for Decca with his Rhythm Kings in 1936. Ammons next decided to take himself to New York, where he gigged regularly at Café Society (Downtown and Uptown) with Meade Lux Lewis and the Kansas City contingent of Pete Johnson and blues shouter Big Joe Turner.

In 1938 the four created a sensation at the Spirituals to Swing concert in Carnegie Hall, establishing boogie-woogie as a crowd-pleasing trend that made good money for most of the popular big bands in the nation, including those led by Benny Goodman, who actually jammed with Ammons, and Tommy Dorsey, who never hesitated to take advantage of a good thing. Ammons, who had cut a few sides for Vocalion in 1938, recorded a series of solos and duets with Meade Lux Lewis on January 6, 1939, now established as the very first titles in the catalog of Alfred Lion's newly founded Blue Note label. Ammons was also the backbone of the Boogie Woogie Trio, a hot little unit that recorded a stomp called Woo Woo with trumpeter Harry James for the Brunswick record company on February 1, 1939. On April 7 he recorded several blues and boogie improvisations in the company of guitarist Teddy Bunn, bassist Johnny Williams, and drummer Sidney Catlett as the rhythm section of a quintet alternately led by trumpeter Frankie Newton and trombonist J.C. Higginbotham, then with both horns to form a sextet presented by Blue Note as the Port of Harlem Jazzmen.

Ammons recorded a passel of duets with Pete Johnson for Victor in 1941, but then ceased performing for a while after accidentally severing a fingertip while fixing up a sandwich. In 1944 Ammons recorded for Commodore as a soloist and with a solid little band that had a front line of trumpeter Hot Lips Page, trombonist Vic Dickenson, and tenor saxophonist Don Byas. He also performed a duet with Meade Lux Lewis in #Boogie Woogie Dream, a motion picture starring Lena Horne. During the years 1945-1949 he returned to Chicago, held down a steady gig at the Bee Hive, and periodically recorded for Mercury, backing legendary blues woman Sippie Wallace, collaborating with guitarists Lonnie Johnson and Ike Perkins, and, on April 8, 1946, sharing a memorable session with his son Gene Ammons. His final achievements consisted of Decca recordings with Lionel Hampton and a special performance at the White House in the nation's capital for Harry Truman's second-term inauguration. Illness forced Albert Ammons off the scene and when he passed away on December 2, 1949, he was only 42 years old. Tragically, Gene Ammons would follow his father's example by passing away at the age of 49, in 1974. ~ arwulf arwulf, Rovi 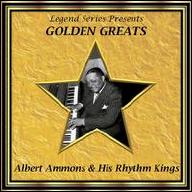 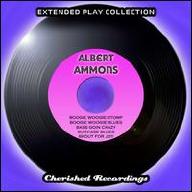 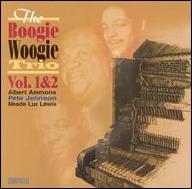 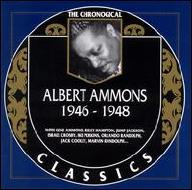 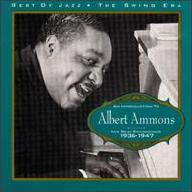 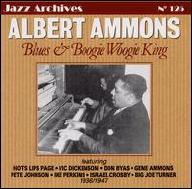 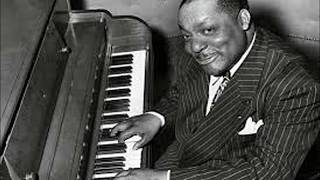 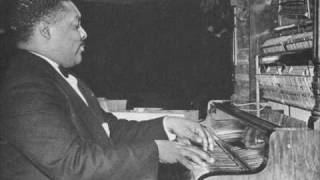 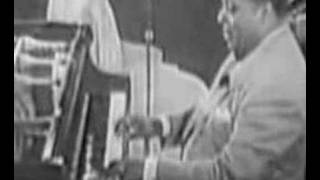 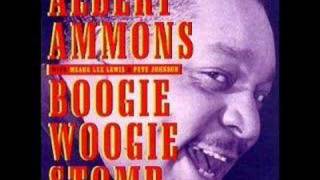 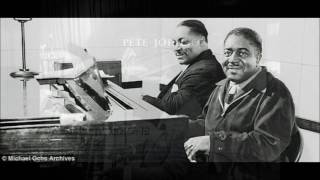 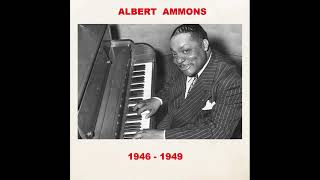 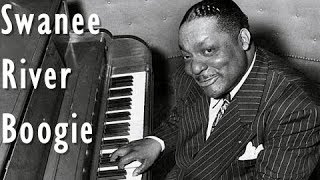