Close
Robert Randolph & the Family Band
Biography
A virtuoso on the pedal steel guitar, Robert Randolph jumped from spiritual to secular music and found an audience among blues fans, roots rock aficionados, and jam band followers with his fiery, passionate instrumental work and heartfelt music. While Randolph cut his teeth playing in services at the House of God Church in his native New Jersey (a domination where the pedal steel is a key part of the musical program), his talents were discovered by fans outside the church, and he made his debut with a live album recorded with his backing group the Family Band, 2001's Live at the Wetlands, that mixed gospel and full-bodied rock and blues. Randolph's first studio set, 2003's Unclassified, broadened the scope of his repertoire with flashes of funk and Caribbean sounds. His subsequent albums with the Family Band, such as 2010's When We Walk This Road (produced by T-Bone Burnett) and 2013's Lickety Split, were steeped in passion and energy that came from their heartfelt fusion of multiple genres.

Robert Randolph started playing the instrument as a churchgoing teenager in Orange, New Jersey, a small city just outside of Newark. He regularly attended the House of God Church, an African-American Pentecostal denomination that had been using steel guitars (or "Sacred Steel") in services since the '30s, with the pedal steel in particular being introduced during the '70s. Randolph learned to play by watching other steel players during church services; years later, he updated that sacred foundation with a secular mix of funk and soul, giving a new multicultural facelift to an instrument that had often been associated with country music.

In early 2000, Jim Markel heard Randolph play at the Sacred Steel Convention in Florida and subsequently introduced him to his friend Gary Waldman. Together, Waldman and Markel began to manage Randolph's career, which took flight after Matt Hickey, a talent buyer at Manhattan's Bowery Ballroom, signed Randolph on as the opening act for the North Mississippi Allstars. Within a month, Randolph had graduated to The Beacon Theater, where he played alongside Medeski, Martin Wood. Keyboardist John Medeski enjoyed Randolph's playing so much that he asked him to record an instrumental gospel/blues album with the band. The resulting record, The Word, was released in August 2001 to great critical and popular acclaim.

Randolph next launched his own group, the Family Band, which included cousins Danyell Morgan and Marcus Randolph (bass and drums, respectively) and John Ginty (Hammond B-3 organ). The band's career began with opening gigs for a variety of blues, jazz-funk, and jam bands such as the Derek Trucks Band, Karl Denson's Tiny Universe, and Soulive; headlining gigs became the norm within a few months' time. Robert Randolph the Family Band released Live at the Wetlands in fall 2001, capturing the band's live performance at the legendary Wetlands venue shortly before it closed. The group's studio debut, Unclassified, followed in 2003 and introduced Randolph to an even wider audience. One new fan was veteran guitarist Eric Clapton, who brought the band out on tour and appeared on Randolph's third release, Colorblind, in 2006.

In 2010, Randolph teamed up with producer T-Bone Burnett and released the album We Walk This Road, which featured guest appearances from Ben Harper, Leon Russell, and Doyle Bramhall II. Randolph spent the better part of three years touring with the Family Band; they signed to Blue Note Records in the interim. Lickety Split appeared in 2013 with guests Trombone Shorty and Carlos Santana. After several more rounds of touring, including reuniting with John Medeski for more performances as the Word, the Family Band returned to the studio to cut their fifth studio album. Randolph's first album for Sony Masterworks, 2017's Got Soul, included guest appearances from vocalist Darius Rucker, jazz and gospel keyboardist Cory Henry, and R&B singer Anthony Hamilton. Celebrated country and roots music producer Dave Cobb joined the band in the studio to cut 2019's Brighter Days, which was issued by Provogue, a blues-oriented label based in the Netherlands. ~ Ann Wickstrom, Rovi 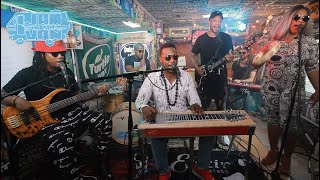 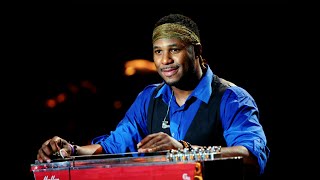 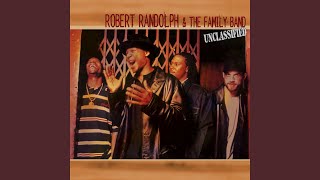 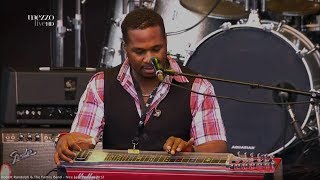 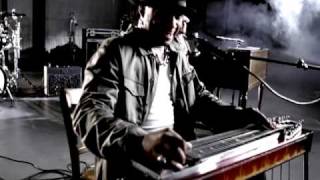 Robert Randolph & The Family Band - Thrill Of It (Video) 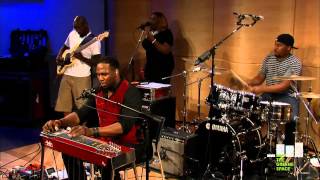 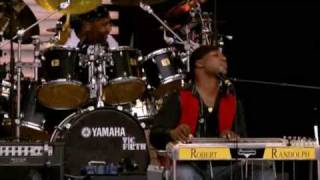