Close
George Schuller
from New York, NY
December 29, 1958 (age 62)
Biography
Drummer/composer/bandleader George Schuller -- whose father is the composer/conductor Gunther Schuller and brother the bassist Ed Schuller -- was born in New York City, but moved to Boston at a young age. He received his bachelor's degree in jazz performance from the New England Conservatory of Music in 1982. Schuller spent most of the next decade-plus playing in and around the Boston area with such musicians as Herb Pomeroy, Ran Blake, George Garzone, and Jaki Byard. In 1984, he formed Orange Then Blue, an ambitious and highly acclaimed 12-piece ensemble that recorded several albums for the GM label, including Music for Jazz Orchestra (1987), Where Were You? (1989), Funkallero (1991), While You Were Out (1994), and Hold the Elevator: Live in Europe Other Haunts (1999). Schuller moved to Brooklyn in 1994, and Orange Then Blue shifted its base of operations with him, becoming notable for a lineup featuring many prominent musicians of the decade's so-called New York downtown scene, including trumpeters Dave Douglas, Cuong Vu, and Dave Ballou; reedmen Matt Darriau, Chris Speed, Andrew D'Angelo, and Andy Laster, and French horn player Tom Varner.

Facing the challenges associated with leadership of a large creative jazz ensemble whose members had their own extensive performing and recording commitments (not to mention the daunting economics involved), Schuller turned toward a career leading smaller groups and collaborating with other artists as a valued sideman. He led the Schulldogs quartet during late '90s into the new millennium; the group featured tenor saxophonists Garzone and Tony Malaby along with the Schuller brothers George and Ed on drums and bass, respectfully, on the New World album Tenor Tantrums, released in 1999. Altoist Tim Berne replaced Garzone for the 2002 Playscape album Hellbent, recorded live in Albuquerque, New Mexico in 2000.

In 2004 the George Schuller solo album JigSaw arrived on 482 Music; the album extended concepts employed by the Schulldogs quartet, with the Schuller brothers forming the rhythm section supporting Malaby and aforementioned trumpeter Ballou, along with appearances on various tracks by reedman Darriau, violinist Mark Feldman, trombonist Curtis Hasselbring, and bass clarinetist/tubist Howard Johnson. Through to the end of the decade, Schuller also recorded with Free Range Rat, Trio This, and Conference Call, and he continued one of his lengthier performing/recording relationships as a member of the Michael Musillami Trio (led by guitarist Musillami and also featuring Conference Call bassist Joe Fonda). Schuller also debuted his own trio, with pianist Dan Tepfer and bassist Jeremy Stratton, with the CD Life's Little Dramas, released by Fresh Sound/New Talent in 2010.

One of Schuller's longest-standing ensembles has been Circle Wide, formed by the drummer in 1999. The group's 2003 Playscape label debut, Round 'Bout Now, was a tribute to 1967-1970-era Miles Davis, and featured the drummer leading a core quintet that included trumpeter Ingrid Jensen, saxophonist/flutist Donny McCaslin, vibraphonist Tom Beckham, and bassist Dave Ambrosio (with guests Darriau, guitarist Pete McCann, and accordionist Sonny Barbato). McCaslin, Beckham, and Ambrosio returned for Circle Wide's 2008 sophomore outing, Like Before, Somewhat After, this time paying tribute to Keith Jarrett and featuring the addition of guitarist Brad Shepik to the lineup (along with Jamey Haddad guesting on percussion). In 2012 Playscape released Circle Wide's third album, Listen Both Ways, comprised mainly of Schuller compositions and featuring the quintet of Schuller, Beckham, Ambrosio, Shepik, and tenor saxophonist Peter Apfelbaum.

Throughout his career, Schuller has also played with Joe Lovano (appearing on the saxophonist's 1995 album Rush Hour), Lee Konitz, Nnenna Freelon, Ballin' the Jack, Miles Donahue, and the Smithsonian Jazz Masterworks Orchestra, among others. He has also worked as a record producer. ~ Dave Lynch & Chris Kelsey, Rovi 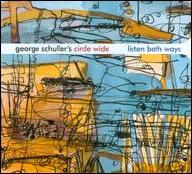 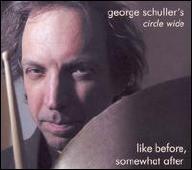 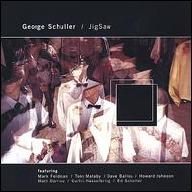 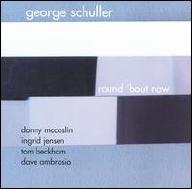 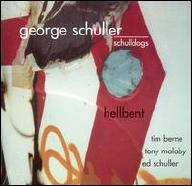 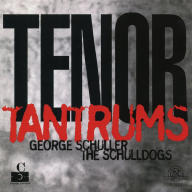 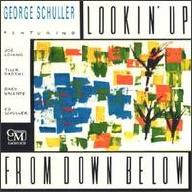 Lookin' up from Down Below
1988
Videos
Close 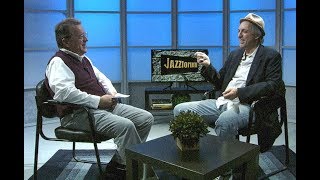 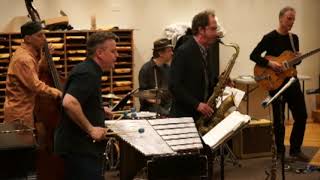 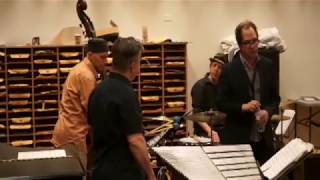 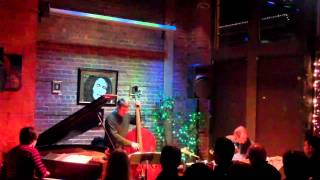 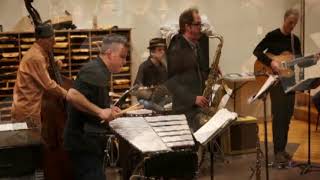 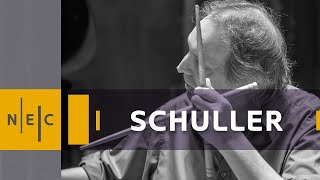 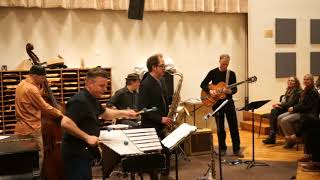