Close
George Cables
from New York, NY
November 14, 1944 (age 77)
Biography
An engaging jazz pianist, George Cables is one of the most sought-after sidemen of his era, known for his fluidly harmonic sound and adept post-bop stylings. First emerging in New York in the 1960s, he established his reputation playing with a bevy of forward-thinking luminaries including Woody Shaw, Bobby Hutcherson, and Joe Henderson. Following his move to the Bay Area in the '70s, he continued to find himself in-demand, working often with Freddie Hubbard, Dexter Gordon, and Art Pepper. Primarily known for his work with others, he has issued his own highly regarded dates including 1979's Cables' Vision, 1985's Phantom of the City, and 2008's My Muse. Comfortable in a variety of settings, Cables is a member of the all-star group the Cookers and continues to lead his own trio, who released 2019's I'm All Smiles and 2021's Too Close for Comfort.

Born in 1944 in New York City, Cables took classical piano lessons growing up and first became interested in jazz while attending the High School of Performing Arts. Although piano was his main instrument, he was most attracted to the playing of Miles Davis and John Coltrane, whose music had a great influence on his own approach. After high school, he spent two years studying at Mannes College of Music, but by 1964, he had launched his professional career leading the Jazz Samaritans, which also included future jazz stars drummers Billy Cobham and Lenny White, saxophonist Steve Grossman, and bassist Clint Houston. It was during this period that he made his recorded debut, appearing on saxophonist Paul Jeffrey's 1968 album, Electrifying Sounds of the Paul Jeffrey Quintet. There were also sessions with Woody Shaw, Frank Foster, and Bobby Hutcherson, leading up to a short stint with Art Blakey and the Jazz Messengers in 1969.

Also in 1969, Cables toured with saxophonist Sonny Rollins, a job that found him traveling for the first time to the West Coast. He decided to stay, living first in Los Angeles, and later in San Francisco. Over the next decade, the pianist built a strong reputation as one of the most desirable sidemen in jazz, impressing players with his empathetic accompaniment, and harmonically fluid solos. It was during these years, playing piano and electric keyboard, that he found himself recording a slew of highly regarded albums including Woody Shaw's Blackstone Legacy, Joe Henderson's In Pursuit of Blackness, Freddie Hubbard's Keep Your Soul Together, and Bobby Hutcherson's Montara, among others.

As a leader, Cables debuted with the 1975 trio album Why Not, featuring bassist Tony Dumas and drummer Carl Burnett. More side work followed, including a long and fruitful association with saxophonist Art Pepper, with whom he recorded a series of albums throughout the decade for the Contemporary and Galaxy labels, including 1976's The Trip, 1977's No Limit, and 1979's Landscape. He also spent two years working closely with saxophonist Dexter Gordon and re-engaging with his love of acoustic jazz on albums like 1978's Great Encounters and 1979's Sophisticated Giant.

In 1979, the pianist issued his second solo album, Cables' Vision, featuring trumpeter Freddie Hubbard, tenor saxophonist Ernie Watts, vibraphonist Hutcherson, bassist Dumas, drummer Peter Erskine, and percussionist Vince Charles. Also that year, he paired with saxophonist/flutist Joe Farrell, bassist Rufus Reid, and drummer Eddie Gladden for Circle. Cables then recorded a handful of trio dates for the Atlas label, including 1980's Some of My Favorite Things, with Dumas and drummer Billy Higgins. He also continued his relationship with saxophonist Pepper, appearing on 1981's So in Love and the 1982 duets album Going Home. There were also notable sessions with Hutcherson, Hubbard, Bud Shank, Harold Land, and more. He closed out the decade issuing more of his own albums for the Contemporary label, including 1985's trio date Phantom of the City with bassist John Heard and drummer Tony Williams, 1986's duet LP Double Image with saxophonist Frank Morgan, and 1987's George Gershwin tribute By George.

In 1991, Cables teamed up with bassist Cecil McBee and drummer Billy Hart for the trio album Night and Day. He then developed a fruitful relationship with the Steeplechase label and issued a steady stream of similarly swinging acoustic trio dates including 1993's I Mean You, 1995's Cables' Fables, and 1997's Dark Side Light Side. Also during the '90s, he recorded with guitarist Doug Raney, saxophonist Frank Morgan, bassist Richard Davis, trumpeter Eddie Henderson, and others. His solo work continued to pick up steam throughout the 2000s as he issued albums like 2001's trio date One for My Baby with bassist Jim Anderson and drummer Yoron Israel, 2002's Shared Secrets, and 2006's A Letter to Dexter with fellow Dexter Gordon alums bassist Rufus Reid and drummer Victor Lewis.

In 2007, several months after recording You Don't Know Me, Cables underwent a simultaneous liver and kidney transplant that found him taking some time away from performing. He eventually returned to regular work. However, in 2009, his longtime partner Helen Wray was diagnosed with pancreatic cancer and ultimately passed away. In 2012, he paid homage to Wray with My Muse, a trio album with bassist Essiet Essiet and drummer Victor Lewis. Included on the album was a reworking of his composition "Helen's Song," written for Wray. In 2014, he drew upon many of his favorite pianists, including Bill Evans, Mulgrew Miller, Dave Brubeck, and Duke Ellington on Icons Influences. The trio date In Good Company with Essiet and Lewis arrived in 2015.

Since 2010, Cables has been a member of the all-star jazz group the Cookers, playing alongside saxophonists Billy Harper and Craig Handy, trumpeters Eddie Henderson and David Weiss, bassist Cecil McBee, and drummer Billy Hart. With the Cookers he has appeared on albums like 2010's Warriors, 2012's I Believe, and 2016's The Call of the Wild and Peaceful Heart. In 2019, the pianist returned to his trio with bassist Essiet and drummer Lewis for I'm All Smiles, which reached number 18 on the Jazz Albums chart. Another trio session, Too Close for Comfort, arrived in 2021. ~ Matt Collar, Rovi 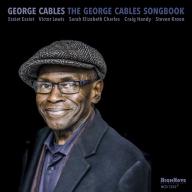 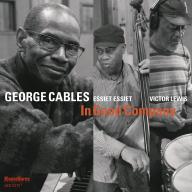 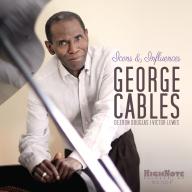 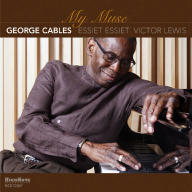 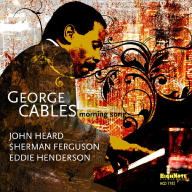 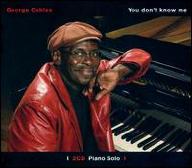 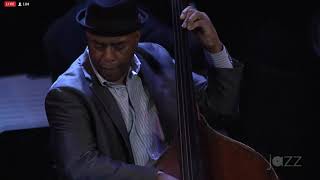 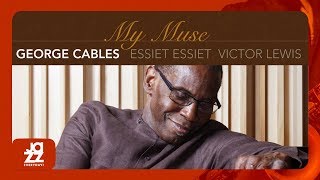 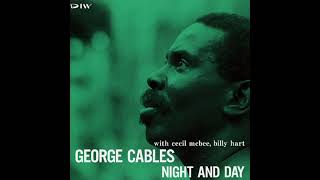 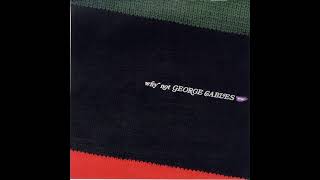 George Cables Trio Why Not 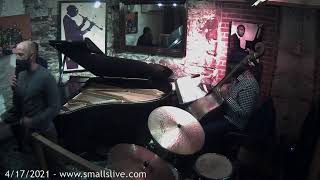 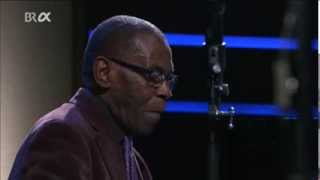 Jazz Masters All Stars ·George Cables· - I Should Care 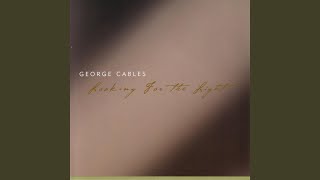 Will You Still Love Me Tomorrow
Available here: