Close
Paul Robeson
from Princeton, NJ
April 9, 1898 - January 23, 1976 (age 77)
Biography
Paul Robeson excelled as an athlete, actor, singer, and activist, qualifying him as a contemporary renaissance man. His early accomplishments as a professional football player, Columbia law school graduate, and an actor on Broadway in the 1920s seemed but a prologue to even greater achievements to come. Involvement with the political left in the 1940s, however, led to a confrontation with the House of Un-American Activities Committee (HUAC) in the late 1940s. He was blacklisted, his passport was revoked, and his career came to a halt.

Robeson was born on April 9, 1898 in Princeton, New Jersey. His father had been a runaway slave who became a Methodist minister, and his mother died from a stove-fire accident when he was six. At the age of 17, Robeson became the third African American to enter Rutgers College (now University) where he made All-American in football and lettered in four varsity sports. Many of these achievements were nonetheless overshadowed by racism: his teammates often harassed him and he was barred from the school's glee club. After Rutgers, he played professional football on the weekends to support his studies in law at Columbia University. Following graduation he obtained work at a New York law firm, but quit when a stenographer refused to copy a memo, telling him, "I never take diction from a n*****."

Since Robeson already had experience in theater, his wife, Eslanda Cardozo Goode, encouraged him to pursue acting. In 1922 he appeared on Broadway, playing Jim in Jim H. Harris' +Taboo, and then traveled to England where he revised the role. He joined Eugene O'Neill's Greenwich Village Provincetown Players on his return, and appeared in +All God's Chillun Got Wings. He also won critical acclaim for his starring role in +The Emperor Jones in 1925. Robeson toured England and the United States over the next three years, signing black spirituals and creating a sensation with his role as Joe in +Showboat.

For the next ten years, Robeson lived abroad, avoiding the simmering racial conflicts in the United States. He appeared in +Othello and +The Hairy Ape, toured Europe, and even visited Russia, where he was well-received. In the late 1930s he also reexamined his passive stance toward political issues. After singing for the opponents of Franco in Spain, he embraced communism and decided to return to America to fight racism. Stateside, Robeson busied himself with protesting against lynching, picketing the White House, and refusing to perform for segregated audiences.

Even with his awakened interest in politics, Robeson maintained a busy acting and singing schedule in the early 1940s, first appearing in a radio performance of +Ballad for Americans and later in the first American version of +Othello to include an African American in the lead role. His controversial political positions, including a suggestion that blacks should refuse to fight if the United States went to war with Russia, soon caused repercussions. When appearing before HUAC, the Committee asked him why he didn't relocate to Russia. He replied: "Because my father was a slave, and my people died to build this country, and I am going to stay right here and have a part of it just like you."

The U.S. State Department revoked Robeson's passport in 1950, which meant he would be forced to remain in the United States, where he was blacklisted. When he completed his autobiography in 1958, even the New York Times and the New York Herald-Tribune chose not to review it. After his passport was reinstated in 1958, he traveled once again to Britain and Russia, where he remained popular. Following stage work in Europe and Australia, Robeson returned to the United States in 1963 due to declining health.

Isolated from many former friends and supporters, Robeson attempted to commit suicide twice. He also suffered a number of breakdowns and became dependent on psychotropic drugs. It was ironic to many that throughout the '60s and '70s, as African Americans began to actively fight for racial equality in the United States, Robeson, an outspoken advocate of these issues, remained withdrawn and on the sidelines. Americans, however, didn't forget him. On April 15, 1973, admirers gathered at New York's Carnegie Hall to celebrate his 75th birthday. Robeson was admitted to Presbyterian University Hospital in Philadelphia on December 28, 1975 following a massive stroke. He died on January 23, 1976. ~ Ronnie D. Lankford, Jr., Rovi 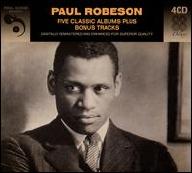 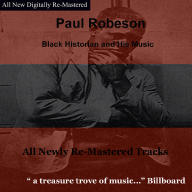 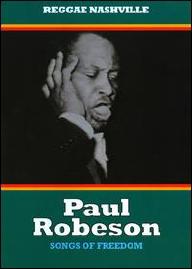 Songs of Freedom: A Documentary
2009 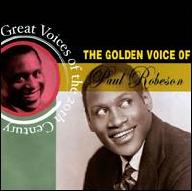 Great Voices of the 20th Century: The Golden Voice of Paul Robeson
2008 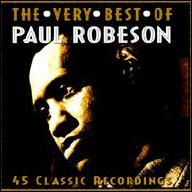 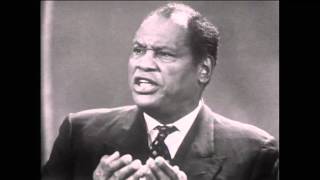 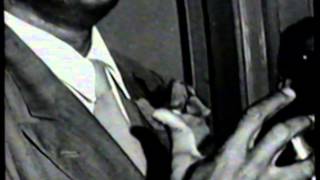 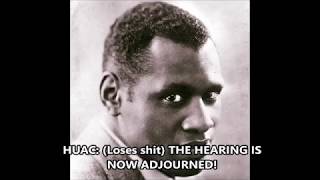 Testimony of Paul Robeson before the House Committee on Un-American Activities, June 12, 1956 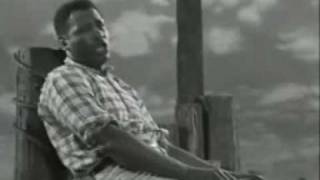 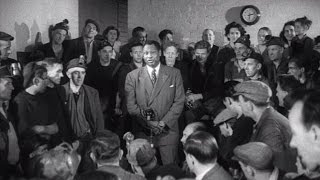 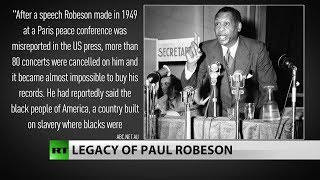 Paul Robeson’s politics may have cost him his life and career
Available here: