Close
Suzanne Vega
from Santa Monica, CA
July 11, 1959 (age 62)
Biography
Suzanne Vega was among the first major figures in the bumper crop of female singer/songwriters who rose to prominence during the late '80s and '90s. Her hushed, restrained folk-pop and highly literate lyrics (inspired chiefly by Leonard Cohen, as well as Lou Reed and Bob Dylan) laid the initial musical groundwork for what later became the trademark sound of Lilith Fair, a tour on which she was a regular. Moreover, her left-field hit singles "Luka" and "Tom's Diner" helped convince record companies that folk-styled singer/songwriters were not a thing of the past, paving the way for breakthroughs by Tracy Chapman, Michelle Shocked, Shawn Colvin, Edie Brickell, the Indigo Girls, and a host of others. Vega's early commercial success helped open doors for a wealth of talent, as she scored a platinum album with 1987's Solitude Standing, and she would maintain a strong and dedicated cult following. Her association with -- and marriage to -- experimental producer Mitchell Froom during the '90s resulted in two intriguing albums, 1992's 99.9 F and 1996's Nine Objects of Desire. Following their painful divorce, Vega returned in 2001 with her first album in five years, Songs in Red and Gray, which was greeted with her strongest reviews in a decade. She explored jazzy arrangements on 2007's Beauty and Crime, and wrote a musical one-woman show that was documented on the 2016 album Lover, Beloved: Songs from an Evening with Carson McCullers.

Suzanne Vega was born July 11, 1959, in Santa Monica, California; her parents divorced shortly thereafter, and after her mother (a jazz guitarist) remarried the Puerto Rican novelist Ed Vega, the family moved to Manhattan. A shy and quiet child, Vega nonetheless learned to take care of herself growing up in the tough neighborhoods of Spanish Harlem. Her parents often sang folk songs around the house, and when she began playing guitar at age 11, she found herself attracted to the poetry of singer/songwriter music (Dylan, Cohen), and found a refuge from New York's chaos in traditional folk (Woody Guthrie, Pete Seeger, Judy Collins, Joan Baez). At age 14, she made her first attempts at writing songs; however, when she attended the High School for the Performing Arts as a teenager, it was to study dance, not music. She subsequently enrolled at Barnard College as a literature major, and during this time, she began playing at coffee houses and folk festivals on the West Side and near Columbia University; she soon moved up to the Lower East Side/Greenwich Village folk clubs, including the famed Folk City club where Bob Dylan started out. In 1979, Vega attended a Lou Reed concert, and the effect was a revelation: here was an artist chronicling the harsh urban world Vega knew, with the detail and literacy of a folk artist. Vega discovered a new voice and sense of possibility for her original material, and her writing grew rapidly.

Vega graduated from college in 1982 and held down several low-level day jobs while quickly becoming the Greenwich Village folk scene's brightest hope. Record companies were reluctant to take a chance on a singer/songwriter steeped in folk music, however, since they saw little chance of any commercial returns. After three years of rejections, Vega and her managers Ron Fierstein and Steve Addabbo finally convinced AM (which had turned her down twice) to give her a shot, and she signed a contract in 1983. Former Patti Smith Group guitarist Lenny Kaye was brought in to co-produce the debut with Addabbo and lend it a smoother, more contemporary flavor.

Titled simply Suzanne Vega, it was released in 1985 to much critical applause. Thanks in part to the single "Marlene on the Wall," the album was a genuine hit in Britain, where it eventually went platinum; while it didn't duplicate that success in America, the album's sales of 200,000 strong still came as a shock to AM (and Vega). For the 1987 follow-up, Vega overcame writer's block to craft an eclectic batch of new material, and drew upon a backlog of songs that hadn't fit the debut. Again produced by Kaye and Addabbo, Solitude Standing was Vega's finest achievement; the richness and variety of its compositions were complemented by the lusher full-band arrangements and more accessible (albeit less folky) production. The album's lead single, "Luka," was a haunting first-person account of child abuse, whose terse (and fictional) lyrics struck a chord with American radio listeners. As a result, the album was an instant hit on both sides of the Atlantic; it debuted at number two in the U.K. and went gold within three months in the U.S., peaking at number 11 and eventually going platinum. "Luka" hit number three on the American pop charts -- unheard of for a singer/songwriter in the '80s prior to Vega -- and was nominated for three Grammys. As record companies rushed to fill a market niche they hadn't known existed (and uncovering some major talent in the process), Vega spent almost a year on the road touring in support of the record; exhausted, she returned to New York to take some time off, and also tracked down her biological father for the first time.

When the time came to record her third album in 1989, Vega decided to co-produce it herself with her keyboardist/boyfriend Anton Sanko (longtime bassist Michael Visceglia also had input). Vega began to experiment with her lyrics, pushing beyond the narrative story-songs that dominated her first two records, and had minimalist composer Philip Glass contribute a string arrangement. The result, Days of Open Hand, was released in 1990, but it didn't produce another hit single and was somewhat lost in the shuffle of new female singer/songwriters; though it did sell respectably, reviews were somewhat mixed. Even though the album didn't recapture Vega's 1987 popularity, she was still -- indirectly -- involved in one of '90s most bizarre hit singles. Two British dance producers working under the alias DNA took the a cappella Solitude Standing track "Tom's Diner" and set it to an electronic dance beat, releasing the result as a bootleg single called "Oh Suzanne." When AM discovered the piracy, Vega decided to allow the single's official release under its original title, and it became a substantial hit in the U.S., U.K., and elsewhere. The following year, Vega gathered a number of other unsolicited versions of the song and compiled them as Tom's Album.

Intrigued by the success of "Tom's Diner," Vega began looking for ways to open up her musical approach. She hooked up with producer Mitchell Froom, best known for his work on '90s albums by Elvis Costello, Richard Thompson, and Crowded House. Froom applied his trademark approach -- dissonant arrangements, clanging percussion -- to Vega's 1992 album, and while 99.9 F° didn't reinvent her as a dance artist (as some expected), the synth-centered sound of the record was unlike any of her previous work. Froom and Vega began dating several months after the record's completion, and they wound up marrying; their daughter, Ruby, was born in 1994, and Vega naturally took some time off from music. She returned in 1996 with Nine Objects of Desire, again with Froom in the producer's chair, though his approach was somewhat less radical this time out; in terms of Vega's subject matter, there was a newfound physical sensuality borne of her marriage and childbirth experiences.

All was not well for long, however; Froom began seeing Ally McBeal singer Vonda Shepard, and he and Vega split up in August 1998. In 1999, Vega released the best-of retrospective Tried and True, taking stock of her past career (she had also split with longtime manager Ron Fierstein); she also published her first book, The Passionate Eye, a collection of poems, lyrics, essays, journalistic pieces, and the like. Vega began playing shows with bassist Michael Visceglia again, and worked on material addressing the breakup of her marriage. Songs in Red and Gray was released in the fall of 2001 and marked a return to the more direct sound of Suzanne Vega and Solitude Standing; it also garnered her the best reviews since those records. Retrospective: The Best of Suzanne Vega arrived in 2003, followed by the Live at Montreux 2004 DVD/CD in 2006 and the all-new Beauty Crime in 2007. In 2010, Vega released Close Up, Vol. 1 and Close Up, Vol. 2 -- the first half of a proposed four-volume collection of re-recorded versions of songs from her catalog, all featuring stripped-down, unadorned arrangements that highlight the lyrics and melodies -- and followed the first two installments of the series with Close Up, Vol. 3 in 2011. The final release in the sequence, Close Up, Vol. 4: Songs of Family, appeared a year later in 2012 and included two previously unheard tracks -- "The Silver Lady" and "Brother Mine" -- which had been written by Vega over 30 years earlier. In early 2013 she demo'ed new material with the help of Gerry Leonard, her live musical director. This resulted in the album Tales from the Realm of the Queen of Pentacles, which was released in February 2014.

In 2011, Vega staged a one-woman theater piece in which she performed a song cycle about the life and work of novelist Carson McCullers, written in collaboration with Duncan Sheik. In 2016, as the show was being revived in Los Angeles, Vega released an album of its songs, Lover, Beloved: Songs from an Evening with Carson McCullers. The album was released through Vega's own label, Amanuensis Productions. In early 2019, she performed a residency at New York's Café Carlyle, singing a mix of originals and covers informed by life in New York City. A live album from the Café Carlyle engagement, An Evening of New York Songs and Stories, was slated for release in 2020. ~ Steve Huey, Rovi 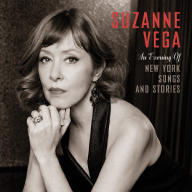 An Evening of New York Songs and Stories
2020 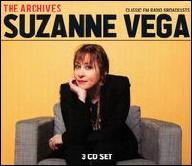 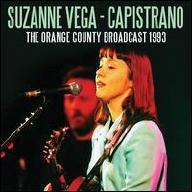 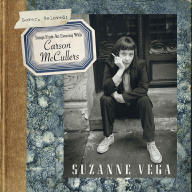 Lover, Beloved: Songs from an Evening with Carson Mccullers
2016 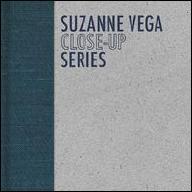 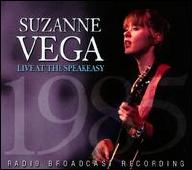 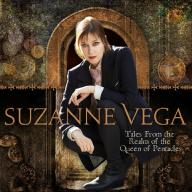 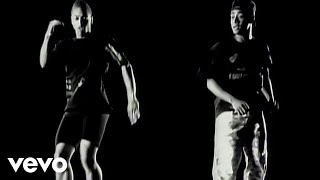 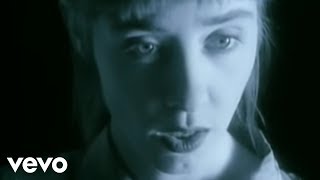 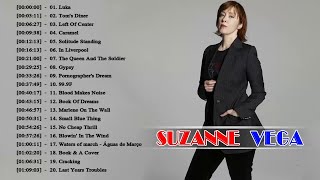 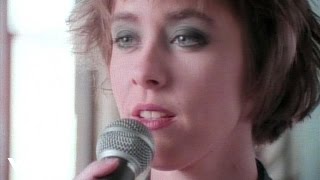 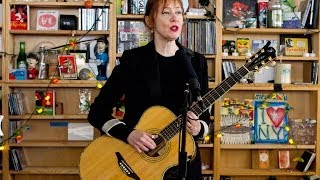 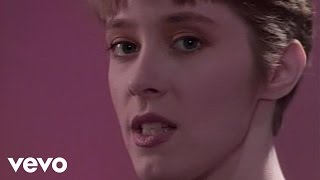 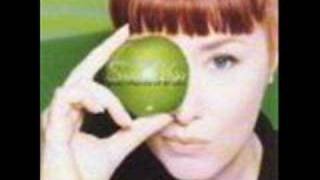