Close
Elliott Carter
from New York, NY
December 11, 1908 - November 5, 2012 (age 103)
Biography
Some believe Elliott Carter to be the greatest American-born composer; no less an authority than Igor Stravinsky considered Carter's Double Concerto (1961) the first true American masterpiece. Certainly he was one of the most intellectually rigorous composers of his or any other time. Carter's work is characterized largely by its rhythmic complexity, befitting a man who was a serious student of mathematics. Initially a neo-classicist, Carter went on to embrace aspects of 12-tone composition and serialism. Carter invented a concept he called "metric modulation," which musicologist/composer Nicolas Slonimsky described as a system "in which secondary rhythms in a polyrhythmic section assume dominance expressed in constantly changing meters, often in such unusual time signatures as 10/16, 21/8, etc." Adding to his importance as a composer was his long life and prolific output; Carter remained vital as a composer even after passing 100 years of age, with little or no discernible decline in the quality of his work.

In his youth, Carter's parents bought insurance from Charles Ives; young Carter went on to edit the by-then disabled composer's manuscripts. He went to high school in New York City and then attended Harvard in the late '20s, majoring in literature and languages. He also studied piano at the Longy School of Music in Cambridge, Massachusetts. In 1930 he devoted himself to music full-time. While still at Harvard, he studied counterpoint with Walter Piston and orchestration with Edward Burlingame Hill; in 1932 he attended a seminar by Gustav Holst. After receiving his M.A. that year, Carter went to Paris, where he studied with the renowned composition teacher Nadia Boulanger. During this period he also studied mathematics. In 1935 he returned to the U.S. For several years he worked in ballet and for the Office of War Information. In 1946 he finished his Piano Sonata, a piece replete with the constantly shifting time signatures and complex rhythms that became typical of his work. His music never got easier, either for the performer or the listener.

Carter also spent a great deal of time teaching as well as composing. His various pedagogical appointments included St. John's College in Annapolis, Maryland (1939-1941), the Peabody Conservatory in Baltimore (1946-1948), Columbia University (1948-1950), and Yale (1958-1962). He was also a professor-at-large at Cornell University (1967-1968). Carter received many honors for his compositions, including two Guggenheim fellowships (1945 and 1959), and the American Prix de Rome (1953). In 1960 his String Quartet No. 2 won a Pulitzer Prize. He won another Pulitzer in 1973 for his String Quartet No. 3. Then-president Ronald Reagan honored Carter with the National Medal of the Arts in 1985. Although Carter's music has never attained anything like the popularity accorded the work of a contemporary like Aaron Copland, he always received his due among critics and academics. His fellow musicians also venerated Carter; such younger composers as Oliver Knussen and Franco Donatoni acknowledge his influence. Elliott Carter died at his home in Greenwich Village on November 5, 2012; he was 103 years old. ~ Chris Kelsey, Rovi 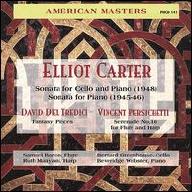 Sonata for Cello and Piano
2006 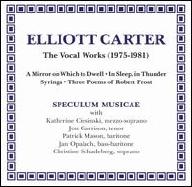 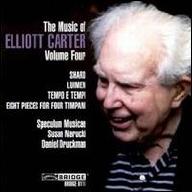 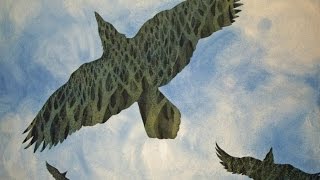 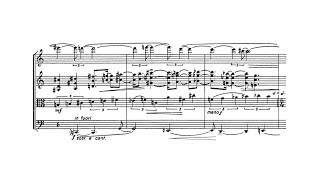 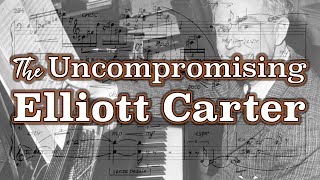 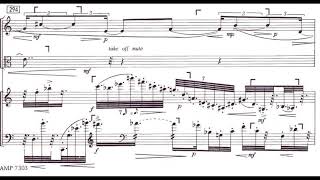 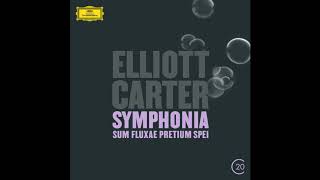 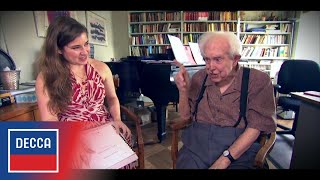 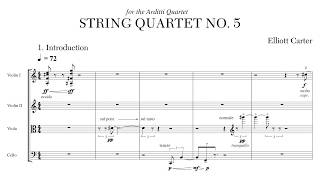