Close
Otomo Yoshihide
from Yokohama, Japan
August 1, 1959 (age 62)
Biography
Guitarist, turntablist, and composer Otomo Yoshihide radically transformed the field of improvised music, both in solo and group settings. Working in numerous genres and formats, he has led traditional and avant-garde jazz ensembles, composed mainstream film and television soundtracks, produced minimalist electro-acoustic music, deconstructed jazz and pop classics, and created work based on his ethnomusicology studies, incorporating traditional instruments and samples of music from the Chinese Cultural Revolution. His infamous performances prove that turntables can be just as scorching and feedback-heavy as electric guitars, as he viscerally attacks the platters with various metal objects and multiple records piled off-spindle and works his similarly abrasive yet controlled guitar pyrotechnics. Throughout the 1990s, he was best known for leading the seminal noise rock collective Ground Zero, whose work combined thrash, sound collage, Pekinese opera, '60s pop (particularly on 1997's lauded Plays Standards), and countless other styles. The group was part of Yoshihide's Sampling Virus Project, which reacted to copyright laws and related the process of sampling to computer viruses, encouraging collaborators to invade and transform each other's music. Moving from this sharply dynamic, plunderphonic approach, he produced more textural, minimalist work as part of projects like I.S.O. and Filament (both with longtime collaborator Sachiko M), establishing himself as a major figure of the EAI (electro-acoustic improv) scene. He worked with several of Japan's leading jazz musicians as part of Otomo Yoshihide's New Jazz Quintet, which expanded to an orchestra for releases like Out to Lunch, a 2005 interpretation of the Eric Dolphy masterpiece. Yoshihide's numerous collaborators have included John Zorn, Yamatsuka Eye (the Boredoms), Derek Bailey, Christian Marclay, and Jim O'Rourke.

Otomo Yoshihide was born in Yokohama, Japan in 1959. His father was an engineer, and as a child, he built his own radio and electronic oscillator; as a teen, he began creating sound collages by means of open-reel tape recorders. During high school, Yoshihide performed in a local rock band before moving on to free jazz, influenced primarily by saxophonist Kaoru Abe and guitarist Masayuki Takayanagi. While a university student, he also became fascinated with ethnic music, and in 1981, he traveled to Hainan, China to research the area's musical culture. Upon returning to Tokyo, Yoshihide began regularly performing free improvisation sets at the local Goodman club, although he maintained a relatively low profile until 1987, when he appeared in a duo with saxophonist Junji Hirose in addition to concurrent stints in the bands No Problem and ORT (with Kyoko Kuroda). He released several private cassettes of his music in addition to a 1989 LP with Hirose titled Silanganan Ingay.

In 1990, Yoshihide joined bassist Kato Hideki's group Player Piano, releasing On the Edge of the Flame the following year. He formed his own noise rock group, Ground Zero, initially to perform John Zorn's game piece Cobra. The band's ever-shifting lineup incorporated turntables and electronics, multiple drum kits, and traditional instruments such as shamisen and koto. Their music constantly evolved as well, beginning with the grindcore-like bursts of 1993's Ground Zero before moving on to dense, copyright-assaulting works like 1995's Revolutionary Pekinese Opera and tackling Burt Bacharach and Bertolt Brecht tunes on 1997's Plays Standards. Yoshihide also released solo albums such as 1992's We Insist? and 1993's The Night Before the Death of the Sampling Virus, a set of 77 sample-based vignettes designed to be played in shuffle mode. The album included sound bytes from the Boredoms' Yamatsuka Eye, a frequent collaborator; the two formed the duo MC Hellshit DJ Carhouse in 1995 and performed two brief improvised gigs, both of which were released as CDs. Yoshihide worked with avant-rock musician Hoppy Kamiyama on several of his solo albums and as part of the group Optical*8. Apart from his experimental projects, Yoshihide kept busy with soundtrack work, composing dramatic scores such as 1994's The Day the Sun Turned Cold.

Following the 1998 dissolution of Ground Zero, Yoshihide's work moved increasingly towards minimalism in projects including Filament (with Sachiko M) and I.S.O. (the same duo plus Yoshimitsu Ichiraku) as well as solo efforts like 1999's Cathode. The same year, he released an album paying tribute to Japanese television and film composer Takeo Yamashita. He also participated in projects such as PantyChrist (with Bob Ostertag and Justin Bond) and Microcosmos (with Tenko), and he released collaborations with artists such as Kenny Millions, Günter Müller, Voice Crack, and fellow turntable terrorists Martin Tétreault and Christian Marclay. He formed Otomo Yoshihide's New Jazz Quintet, which debuted with the 2001 album Flutter. It saw Yoshihide concentrating on guitar rather than turntables. The group extended to an ensemble for 2002's Dreams and some subsequent performances and were succeeded by the New Jazz Orchestra in 2005. Solo set The Multiple Otomo Project (containing a DVD demonstrating his inventive turntable techniques as well as an entirely different audio CD) was issued by Asphodel in 2007. His pop-leaning Invisible Songs project released Sora later that year, featuring guests such as the Boredoms' Seiichi Yamamoto and Shibuya-Kei singer-songwriter Kahimi Karie.

Core Anode, a live CD gathering three performances with different collaborators, appeared in 2008. Les Archives Sauvées des Eaux, a recording of a 2003 live collaboration with French electro-acoustic pioneer Luc Ferrari, was released at the end of the year. Shinjuku Crawl, with Scandinavian trio the Thing, was issued in 2009. Two albums by Otomo Yoshihide's New Jazz Trio (including Hiroaki Mizutani and Yasuhiro Yoshigaki) followed in 2010. In 2012, Yoshihide received the Ministry of Education's Award for Fine Arts for his work as part of Project Fukushima, a festival he co-founded following a 2011 East Japan earthquake. 3-Part In(ter)ventions, with Yasunao Tone and Jim O'Rourke, appeared in 2012.

In 2013, Yoshihide composed the music for the popular television drama Amachan; its soundtrack reached number five on the Oricon Albums Chart, becoming his most commercially successful work. He continued collaborating with the Thing's Paal Nilssen-Love on 2013's Explosion Course (with Lasse Marhaug) and a 2014 self-titled effort. In 2015, Yoshihide released two solo guitar recordings (Left and Right) as well as albums with Roger Turner, ReddTemple, harsh noise pioneers Hijokaidan, and his own Special Big Band. He continued releasing improv sessions with musicians like Pika (of Afrirampo) and Evan Parker, and in 2017, he was appointed artistic director of the Sapporo International Art Festival. Gekiban, a two-volume collection of his archival soundtrack work, appeared in 2019, the same year he scored the historical drama series Idaten. Eastern Saga: Live at Tusk, a collaboration with Istanbul-based group Konstrukt, was released by Karlrecords in 2020. ~ Paul Simpson & Jason Ankeny, Rovi 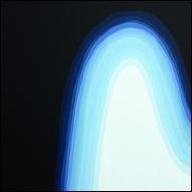 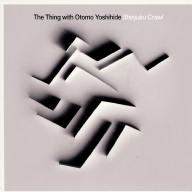 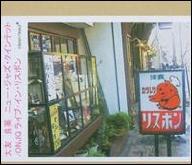 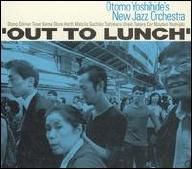 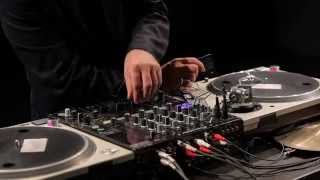 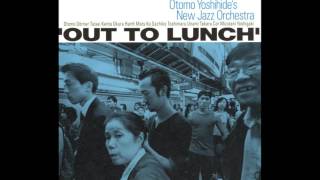 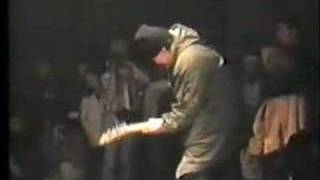 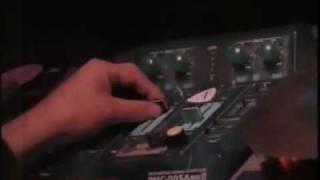 The Many Moods Of Otomo Yoshihide 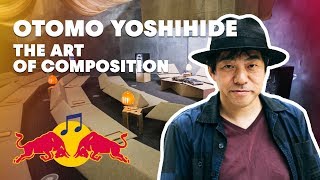 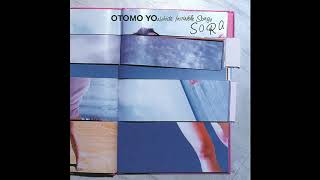 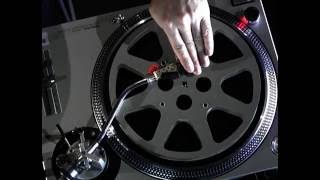