Close
HAIM
from San Fernando Valley, CA
formed January 1, 2006 (age 16)
Biography
The sisters of HAIM connect the dots between '70s rock, '80s synth pop, and R&B from the '90s onward and update the traditions of those styles in fresh yet familiar ways. They were already veteran multi-instrumentalists by the time they released their 2013 debut album, Days Are Gone, and that polish -- as well as the sisters' knack for hooks -- led to strong sales, critical acclaim, and a Grammy nomination. HAIM continued to play with the elements of their music on each album, leaning into their flair for harmonies and sophisticated pop on 2017's Something to Tell You and emphasizing their relatable songwriting on 2020's confessional Women in Music Pt. III, but their flair for reinventing generations' worth of music as their own remained.

Este, Danielle, and Alana Haim were born and raised in California's San Fernando Valley. Their parents were musical (their dad, Moti, played drums; their mother, Donna, sang) and encouraged the sisters to play instruments at an early age. While the sisters were still kids, the family formed the band Rockinhaim, which played sets of classic rock covers at charity shows. In 2005, Este and Danielle became members of the pop group the Valli Girls, whose songs appeared on the soundtracks to the film The Sisterhood of the Traveling Pants and the 2005 Nickelodeon Kids' Choice Awards.

The three sisters formed HAIM in 2007, with Danielle on guitar and lead vocals, Este on guitar and bass, and Alana on guitar and keyboard. Though they played occasional gigs, the band took a back seat to their other interests. Este completed her degree in Ethnomusicology at UCLA in two years instead of the usual five. Meanwhile, Danielle Haim became a touring musician after being discovered at a Laurel Canyon jam session by Jenny Lewis. She first joined Lewis' band, then played guitar and percussion for the Strokes' Julian Casablancas, and was a member of CeeLo Green's backing band for a brief stint.

Touring so much made Danielle miss playing music with her sisters, and HAIM became their main focus in 2012. The trio honed a sound inspired by the music they grew up with -- Joni Mitchell, the Beatles, Santana, Motown -- as well as contemporary R&B. In February, they released the EP Forever as a free download on their website. After playing South by Southwest, they landed a deal with Polydor in the U.K. and a management deal with Jay-Z's Roc Nation later in the year. Tours of the U.K. and Ireland with Mumford Sons and Florence + the Machine, as well as the single "Don't Save Me," raised HAIM's profile, and at the end of 2012 they became the first female group to win the influential BBC Sound of 2013 award.

Early in 2013, Danielle Haim contributed to Major Lazer's album Free the Universe, while the entire band appeared on Kid Cudi's album Indicud. During this time, HAIM worked on their debut long-player with producers Ariel Rechtshaid and James Ford, adding more drum machines and synths to their sound for a polished, poppy feel. Following sold-out headlining concerts and a festival appearance on Glastonbury's main stage, their debut album, Days Are Gone, arrived in September 2013. The record topped the charts in the U.K., reached number six on the Billboard 200 Albums chart, and spawned the hit singles "The Wire" and "Forever." In the wake of its release, HAIM's widespread acclaim included a Grammy nomination for Best New Artist.

Capitalizing on Days Are Gone's success, HAIM spent the better part of two years touring on their own and in support of Taylor Swift, Rihanna, and Florence + the Machine. They also collaborated with Stevie Nicks on a version of Fleetwood Mac's "Rhiannon"; sang on Calvin Harris' fourth album, Motion; and contributed to The Hunger Games: Mockingjay, Part 1 and The Divergent Series: Insurgent soundtracks. HAIM returned in July 2017 with Something to Tell You, which featured production by Rechtshaid, Dev Hynes, and Rostam Batmanglij, and boasted a smoother sound than their debut. The LP peaked at number two on the U.K. Albums Chart and hit number seven on the Billboard 200, while the single "Want You Back" reached number ten on Billboard's Hot Rock & Alternative Songs chart. A deluxe version of the album appeared in December 2017. As with Days Are Gone, HAIM toured extensively in support of Something to Tell You, sharing the stage with artists ranging from Ringo Starr to Robyn and playing at 2018's Coachella festival. Along with their busy tour schedule, in 2018 they were featured on Twin Shadow's single "Saturdays" and Dirty Projectors' "That's a Lifestyle."

HAIM started 2019 with a pair of collaborations. Danielle Haim contributed vocals to several tracks on Vampire Weekend's fourth album, Father of the Bride, which was released that May. That month, the band appeared in the Lonely Island's Netflix special The Unauthorized Bash Brothers Experience alongside Maya Rudolph on the track "IHOP Parking Lot." Later that year, HAIM released several singles. These included October's "Now I'm in It," which peaked at number nine on Billboard's Hot Rock & Alternative Songs chart. In June 2020, HAIM issued Women in Music Pt. III, an album that confronted issues the sisters were dealing with (the death of Alana's best friend, Este's Type 1 diabetes, Danielle's post-tour depression, and her partner Rechtshaid's cancer diagnosis). Co-produced by Danielle Haim, Rechtshaid, and Batmanglij, the chart-topping record balanced its heavy themes with lighter sounds that borrowed from styles ranging from U.K. garage to classic rock, and was nominated for Album of the Year at the 63rd Grammy Awards. In 2021, the band issued the single "Cherry Flavored Stomach Ache," which appeared on the soundtrack for the British romantic drama The Last Letter From Your Lover. ~ Heather Phares, Rovi 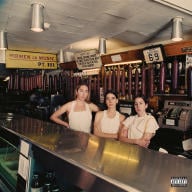 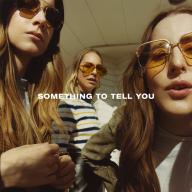 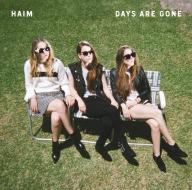 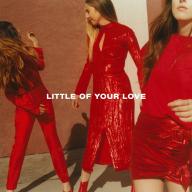 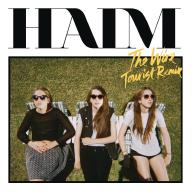 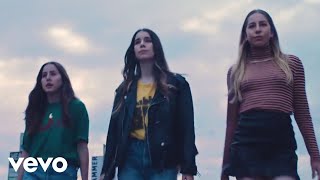 HAIM - Want You Back (Official Video) 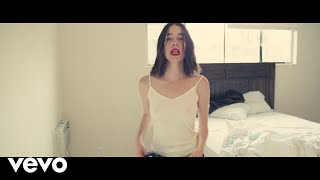 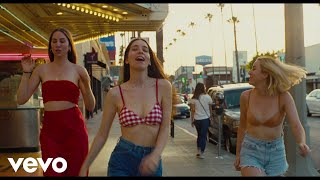 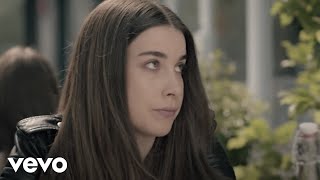 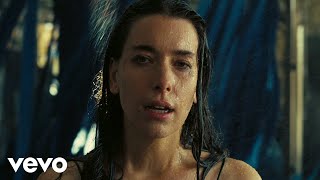 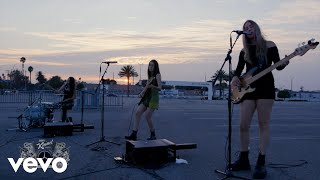