Close
Bar-Kays
from Memphis, TN
formed January 1, 1966 (age 56)
Biography
Even though four group founders were killed in a 1967 plane crash along with Otis Redding, the Bar-Kays came back to reign as one of the top R&B outfits of the '70s. The original Bar-Kays were a Memphis instrumental combo who scored an R&B hit on Volt with 1967's rousing "Soul Finger." Guitarist Jimmy King, organist Ronnie Caldwell, drummer Carl Cunningham, and saxist Phalon Jones perished with Redding, leaving trumpeter Ben Cauley and bassist James Alexander to re-form the group. After honing their chops with session work at Stax, the new Bar-Kays kicked off a long string of R&B smashes in 1976 with "Shake Your Rump to the Funk" on Mercury, making for a career longevity that no one would have predicted for Stax's formerly star-crossed number-two house band.

The Bar-Kays were formed in Memphis, Tennessee, in 1966, growing out of a local group dubbed the Imperials. Modeled on classic Memphis soul instrumental outfits like the Mar-Keys and Booker T. the MG's, the Bar-Kays originally included guitarist Jimmy King (not the famed bluesman), trumpeter Ben Cauley, organist Ronnie Caldwell, saxophonist Phalon Jones, bassist James Alexander, and drummer Carl Cunningham. Adopting a mutated version of their favorite brand of rum (Bacardi) as their name, the band started playing heavily around Memphis, and eventually caught the attention of Stax/Volt, which signed the sextet in early 1967. With help from house drummer Al Jackson, Jr., the label began grooming the Bar-Kays as a second studio backing group that would spell Booker T. the MG's on occasion. That spring, the Bar-Kays cut their first single, "Soul Finger," a playful, party-hearty instrumental punctuated by a group of neighborhood children shouting the title. "Soul Finger" reached the pop Top 20 and went all the way to number three on the R&B chart, establishing the Bar-Kays in the public eye (although the follow-up, "Give Everybody Some," barely scraped the R&B Top 40). Producer Allen Jones began to take an interest in the group and became their manager and mentor; even better, Otis Redding chose them as his regular backing band that summer.

Unfortunately, disaster struck on December 10, 1967. En route to a gig in Madison, Wisconsin, Redding's plane crashed into frozen Lake Monona. He, his road manager and four members of the Bar-Kays were killed. Trumpeter Ben Cauley survived the crash, and bassist James Alexander had not been on the flight; they soon assumed the heavy task of rebuilding the group. Adding insult to injury, the third and final single released by the original lineup, a cover of the Beatles' "A Hard Day's Night," was virtually ignored. Nonetheless, with Allen Jones' help, Cauley and Alexander assembled a new Bar-Kays lineup featuring guitarist Michael Toles, keyboardist Ronnie Gordon, saxophonist Harvey Henderson, and drummers Roy Cunningham and Willie Hall. At first, their sound was similar to the original lineup, and they were used as the house band on numerous Stax/Volt recording sessions; they also backed Isaac Hayes on his groundbreaking 1969 opus Hot Buttered Soul. Still, they were unable to land a hit of their own, and Cunningham and Gordon both left the group in 1970; the latter was replaced on keyboards by Winston Stewart.

With 1971's Black Rock album, the Bar-Kays debuted their first-ever lead vocalist, Larry Dodson, and incorporated some of the psychedelic-inspired rock/funk fusions of Sly the Family Stone and Funkadelic. After playing on Isaac Hayes' hit Shaft soundtrack, Cauley and Toles both joined his backing band permanently, and were replaced by trumpeter Charles Scoop Allen and guitarist Vernon Burch. This new lineup took a more mainstream funk direction, scoring a minor hit with a takeoff on Jimi Hendrix's "Foxy Lady" dubbed "Copy Cat." The follow-up, another good-humored goof on a recent hit, was "Son of Shaft," which in 1972 became the group's first Top Ten R&B hit since "Soul Finger." That summer, the Bar-Kays played a well-received set at Wattstax (Black musicians' version of Woodstock), but it wasn't enough to keep their commercial momentum going, especially as Stax/Volt headed toward eventual bankruptcy in 1975.

Armed with new guitarist Lloyd Smith (who'd joined when Burch left in 1973), new drummer Michael Beard, and trombonist Frank Thompson, the Bar-Kays signed with Mercury in 1976 and began the most commercially productive phase of their career. Writing most of their own material and using more synthesizers, their label debut, Too Hot to Stop, was a hit, powered by the smash R&B single "Shake Your Rump to the Funk." The group consolidated their success by opening for George Clinton's P-Funk machine on an extensive tour, and that loose, wild aesthetic was now a more accurate reflection of the Bar-Kays' brand of funk, although they were more easily able to bridge into disco. Follow-up Flying High on Your Love (1977) was the band's first gold record, and Money Talks -- a Fantasy reissue of some previously unreleased Stax material -- produced another Top Ten hit in "Holy Ghost" the following year. Drummer Sherman Guy and keyboardist Mark Bynum subsequently joined the band, and a string of hit albums followed: 1979's Injoy (which featured the Top Five R&B hit "Move Your Boogie Body"), 1980's As One, 1981's Nightcruising (which spawned two hits in "Hit and Run" and "Freaky Behavior"), and 1982's Propositions (more hits in "Do It (Let Me See You Shake)" and "She Talks to Me with Her Body"). All of those albums, save for As One, went gold.

In 1983, Sherman Guy and Charles Allen left the group, presaging a more commercial direction in keeping with the urban sound of the early '80s. 1984's Dangerous produced one of the group's biggest hits, "Freakshow on the Dancefloor," and a couple more R&B chart hits in "Dirty Dancer" and "Sex-O-Matic." Their sound was becoming derivative, however, and although the group kept recording for Mercury through 1989, the changing musical landscape meant that the hits dried up. By 1987, only Larry Dodson, Harvey Henderson, and Winston Stewart remained; that same year, Allen Jones died of a heart attack, and the group scored its last R&B Top Ten hit with "Certified True." When their contract with Mercury was up, the Bar-Kays called it quits with 1988's Animal. Dodson and original bassist James Alexander put together a short-lived new version of the Bar-Kays for the 1994 album 48 Hours, released on the small Basix label. ~ Steve Huey, Rovi 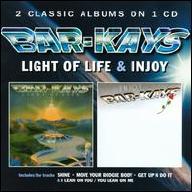 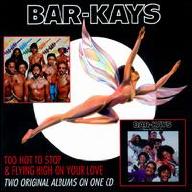 Too Hot to Stop/Flying High on Your Love
2010 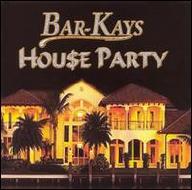 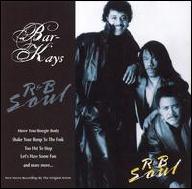 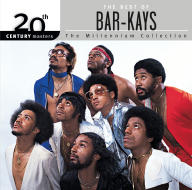 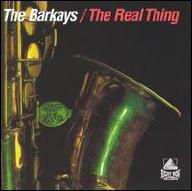 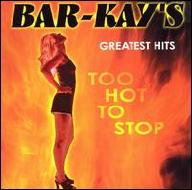 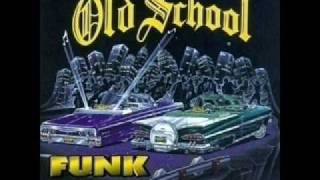 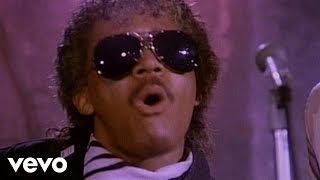 The Bar-Kays - Freakshow On The Dance Floor

The Story Of The Bar-Kays: Part 1 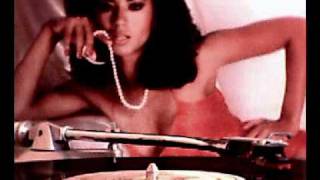 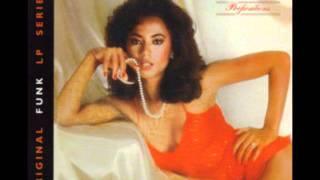 The Bar-Kays - She Talks To Me With Her Body (Funk) 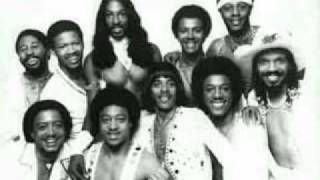 Bar Kays - Running In And Out Of My Life 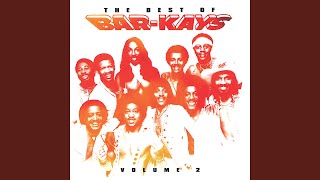 She Talks To Me With Her Body
Available here: