Close
Mel Tillis
from Tampa, FL
August 8, 1932 - November 19, 2017 (age 85)
Biography
In light of all the attention given Mel Tillis' infamous speech impediment -- he even named his autobiography Stutterin' Boy -- the polished, sincere vocal delivery and songwriting skills that first earned him fame were often lost in the shuffle; nonetheless, throughout the course of his many decades in country music, Tillis remained one of Nashville's most enduring personalities. Born Lonnie Melvin Tillis in Tampa, Florida, on August 8, 1932, it is believed that his stuttering was the result of a bout with malaria at the age of three. As a child, he learned guitar, and in high school studied both the violin and the drums. At the age of 16, he first performed publicly at a local talent show, and after graduation he entered the military. While stationed in Okinawa, Japan, he formed a group called the Westerners, which played local clubs.

After exiting the service in 1955, Tillis went to college and held odd jobs until moving to Nashville the following year. He found little success as a writer or performer there and soon returned to Florida; then, in 1957, Webb Pierce reached number three with Tillis' composition "I'm Tired," earning the aspiring artist a songwriting contract with Pierce's Cedarwood Music. After playing with the likes of Minnie Pearl and Judy Lynn, Tillis cut his first single, a cover of the standard "It Takes a Worried Man to Sing a Worried Song," in 1957; the B-side, the self-penned "Honky Tonk Song," quickly became a chart-topper for Pierce. After a few excursions into rock & roll territory, Tillis earned his first Top 40 hit with 1958's "The Violet and a Rose."

While Tillis continued to chart singles like 1959's "Finally" and a pair of duets with Bill Phillips, "Sawmill" and "Georgia Town Blues," his greatest success at the turn of the decade remained as a songwriter. He continued supplying Pierce with hit after hit, including the 1959 smashes "I Ain't Never" and "No Love Have I" along with 1962's "Crazy Wild Desire" and 1963's "Sawmill." Also covering Tillis' songs were Bobby Bare ("Detroit City"), Ray Price ("One More Time," "Burning Memories," "Heart Over Mind"), Stonewall Jackson ("Mary Don't You Weep"), and Little Jimmy Dickens ("The Violet and a Rose," also covered by Wanda Jackson). In 1962, Tillis released his first LP, Heart Over Mind; a year later, he teamed with Pierce for the hit "How Come Your Dog Don't Bite Nobody But Me."

In 1965, Tillis recorded his first Top 15 hit, "Wine." A string of successes followed, including 1966's "Stateside," "Life Turned Her That Way" (the title cut from his 1967 album), and his first Top Ten, 1968's "Who's Julie." At the same time, his stature as a songwriter continued to grow thanks to hit covers of his "Ruby, Don't Take Your Love to Town" (by both Johnny Darrell and Kenny Rogers the First Edition) and "Mental Revenge" (Waylon Jennings). At the end of the '60s, Tillis and his esteemed new backing band the Statesiders came into their own as performers; after two 1969 Top Ten hits, "These Lonely Hands of Mine" and "She'll Be Hanging Around Somewhere," he scored back-to-back Top Five hits in 1970 with "Heart Over Mind" and "Heaven Everyday." In 1971, he began a successful string of duets with Sherry Bryce, including "Take My Hand" and "Living and Learning," and he released the album Live at the Sam Houston Coliseum.

Arriving in 1972, "I Ain't Never" became his first chart-topper, and the remainder of the following decade was Tillis' most fertile period as an artist, as evidenced by a series of Top Five smashes like "Neon Rose," "Sawmill," "Midnight, Me and the Blues," "Stomp Them Grapes," and "Memory Maker." Between 1976 and 1980, he scored five more number ones -- "Good Woman Blues," "Heart Healer," "I Believe in You," "Coca Cola Cowboy," and "Southern Rains." He also appeared in a number of films, including 1975's W.W. and the Dancekings (with Burt Reynolds and Jerry Reed), 1977's The Villain (starring Kirk Douglas and Arnold Schwarzenegger), Clint Eastwood's Every Which Way But Loose in 1979, and 1980's all-star Smokey and the Bandit II. Albums of the period included 1976's Love Revival and 1980's M-M-Mel Live, in addition to a series of hits compilations.

In 1981, Tillis recorded a duets album with Nancy Sinatra called Mel and Nancy, but like most of his work throughout the '80s, it failed to repeat the success he had previously enjoyed. Although he continued to work in films (co-starring in both Cannonball Run pictures) and notched the occasional Top Ten hit (like 1981's "A Million Old Goodbyes" and 1983's "In the Middle of the Night"), his days as a superstar were over. Still, he remained a popular songwriter, especially among younger artists; his "Honey (Open That Door)" and "Diggin' Up Bones" were number one hits for, respectively, Ricky Skaggs and Randy Travis. Tillis also continued as a successful road act, and in the early '90s his daughter Pam became one of country's biggest stars. Tillis, aside from his obvious talents as a singer and actor, was also a natural comedian-- his first comedy album, You Ain't Gonna Believe This, was released in 2010 on Show Dog Records. Mel Tillis died in November 2017 at the age of 85. ~ Jason Ankeny, Rovi 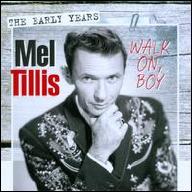 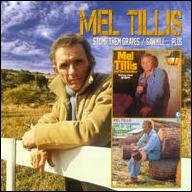 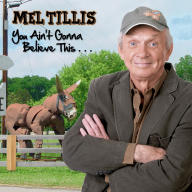 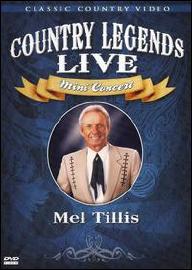 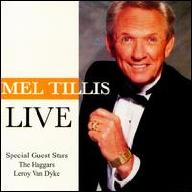 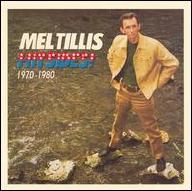 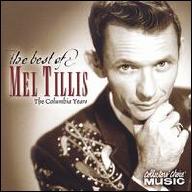 The Best of Mel Tillis: The Columbia Years
2003
Videos
Close 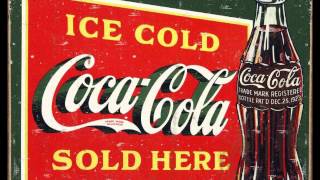 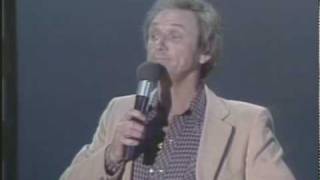 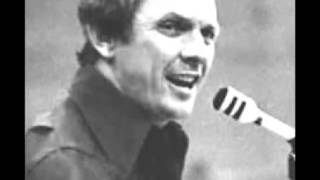 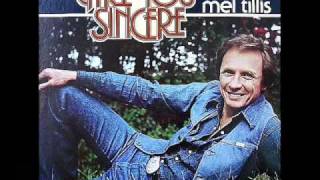 Mel Tillis - Send Me Down To Tucson 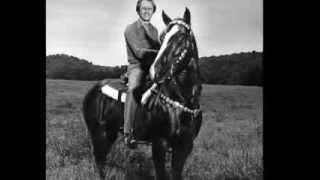 Mel Tillis -- I Got The Hoss 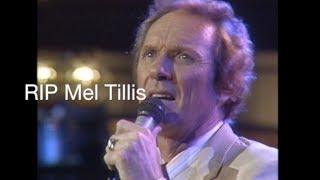 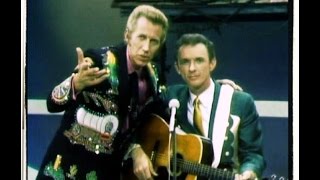