Close
Lenny Bruce
from Mineola, NY
October 13, 1925 - August 3, 1966 (age 40)
Biography
When once asked to describe jazz, trumpet legend Miles Davis sarcastically but saliently replied, "You can sweat it down to four words: Louis Armstrong and Charlie Parker." Applying that same old-school, new-school trailblazer to comedy is somewhat more problematic. A number of great early comics could stand in for the Armstrong entry, among them Charlie Chaplin, Groucho Marx, Jack Benny, and George Burns. But in choosing the "Charlie Parker of comedy," by that meaning the one who blazed the modern-day trail, influencing all that came after him, the answer is simple and irrefutable: Lenny Bruce. He was the genre's reckless visionary, the one who defied conventions, the law, and the system, and -- like most visionaries -- was taken down by it all in the end. Bruce changed the whole ball game: no longer would comics have to come out in a cute little suit and tell cute little mother-in-law jokes or feel like they were "working dirty" if they talked openly about sex and other taboo subjects. The shoot-from-the-hip and tell-the-truth work of Richard Pryor, George Carlin, Richard Lewis, and myriad other modern-day comics could never have existed without Bruce first storming the citadel and tearing down the conventional walls of comedy presentation back in the 1950s. He was the original rebel in this marvelous amalgam he invented, taking his borscht belt and strip-joint background and spot welding it to a hipster enlightenment. His style took previously taboo subjects and not only dumped them all in the audience's lap, but did it with a creative verve that made him the wildest, the hippest, the most controversial, and simply the best comic trotting the boards. Those lucky enough to have caught Bruce on an inspired night said it was like a roller coaster ride inside a person's head, free-association ramblings streaming out in a virtual torrent of ideas. Jumping from '50s jazz hipster slang to a liberal dosage of Yiddish vernacular that sounded like code to the uninitiated to sometimes impish little-boy charm letting you in on a big, dark secret, no comic created intimacy with an audience in almost any environment -- conclusively proven in his amazing performance at Carnegie Hall -- than Lenny Bruce.

Although he rode in on the crest of that late-'50s wave known as the "sick comics," Bruce distanced himself from the pack -- both in ideas, outlook, and demeanor -- quickly proving that he had much more to offer philosophically than some tasteless one-liners whose comedic value was usually based on shock value alone. Not that in the early days Bruce wasn't above drawing on items in the news to pull a "quickie sickie" observation to get a fast laugh, but the simple fact that Bruce quickly outgrew the medium that launched him was already apparent by the live recorded performances he was laying down that were appearing on albums by 1959 and 1960. While Mort Sahl (the most popular and digestible of the new comics) would take aim at political sacred cows, Bruce came from a hipster's background and -- fueled by endless nights of honing his craft in California strip joints, where the audience couldn't have cared less what he said or did -- was out to violate the night club taboos by dealing with sex, race, and religion, using words that had seldom been uttered on cabaret stages up to that point.

Bruce was a brilliant satirist and the object of his early pieces was quite often show business itself, clearly a signal that he was more than willing to bite the hand that was feeding him. Exposing the seediness, pomposity, and insensitivity that existed then -- as now -- in show business via brilliant routines like The Palladium, Hitler and the M.C.A., The Tribunal, and Religions, Inc., it was obvious that Bruce was going places that no comic had dared to go in front of an audience. Exposing racism and bigotry in routines like White Collar Drunks, How to Relax Your Colored Friends at Parties, and his brilliant satire of the movie The Defiant Ones was another bold step, paving the way for message comedians like Dick Gregory (and later, Richard Pryor) to find their voice and audience. His work went through three basic phases of development, starting with the bits and routines that lampooned show business conventions and often caused audiences to walk out. Tiring of the sheer drudgery of regurgitating the same material on a nightly basis, Bruce entered his second phase, abandoning all format on-stage, free-forming his entire performance. His final phase at the end of his career was slow-moving, obsessive shows centered around the contradictions in the American legal system. As Bruce kept testing the boundaries of what could be talked about on a stage, other comics heard his basic message and rethought their entire game plan. In effect, he invented modern-day comedy as we know it. The concept of a comedy concert back then was unthinkable. Up to that time, comics worked in clubs (bars, saloons, and strip joints) or as part of a stage show. Putting a comedian in a theater all by their lonesome for an entire evening seemed like a crazy idea until Bruce's work justified such a gamble, now a presentation format common to any comedian popular enough to fill a large building.

But with the trailblazing came the heat. The police busted him at the Jazz Workshop in 1961 for violating the California Obscenity Code. As Paul Krassner said, "Lenny fought for the right to say on a nightclub stage what he felt free to say in his own living room." Bruce's drug use was widely known throughout the business, and after his acquittal on obscenity charges, he was deported from Britain, barred from performing in Australia, busted for either narcotics possession or obscenity in Los Angeles, Chicago, Hollywood, New York, and San Francisco. In 1964 he had himself declared a legally bankrupt pauper, virtually unable to work anywhere (hence the move into "concerts"). By this time, the lone benefactor keeping him afloat was rock roll producer Phil Spector, who was the last person to record him for public consumption. In August 1966, with his career and finances in tatters, Bruce died of a heroin overdose at age 40. His life story became a movie starring Dustin Hoffman. And his visionary work changed the world of comedy forever. ~ Cub Koda, Rovi 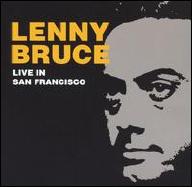 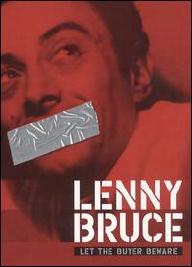 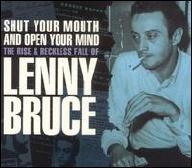 Shut Your Mouth and Open Your Mind: The Rise & Reckless Fall of Lenny Bruce
2003 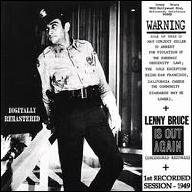 Warning Lenny Bruce Is OUT Again
2002 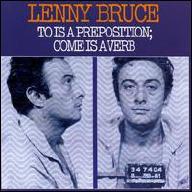 To Is a Preposition; Come Is a Verb
2005
Videos
Close 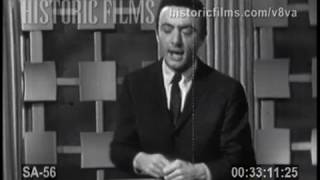 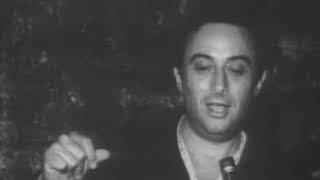 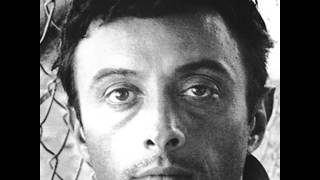 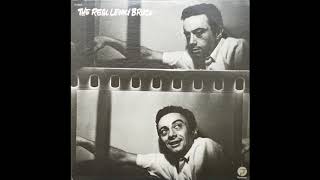 Lenny Bruce - How To Relax Your Colored Friends At Parties (1961) 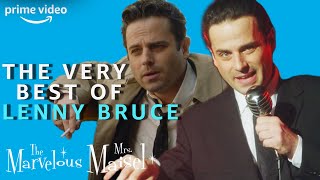 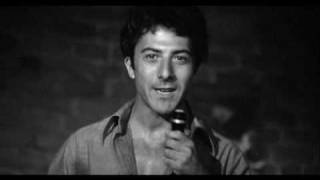