Close
Adrian Belew
from Covington, KY
December 23, 1949 (age 71)
Biography
Although Adrian Belew has played with some of rock's biggest names over the years (Frank Zappa, David Bowie, the Talking Heads, King Crimson, etc.), he remains one of the most underrated and woefully overlooked guitarists of recent times. Like all great guitarists, Belew has his own recognizable style/sound (one that admittedly tends to be quirky and off-the-wall at times), and is an incredibly versatile player, as he's always found a way to make his signature style fit into a wide variety of musical genres: hard rock, funk, new wave, experimental, Beatlesque pop, and more. Born Robert Steven Belew on December 23, 1949, in Covington, KY, Belew's first instrument of interest was the drums, as he soon kept the backbeat in his high school's marching band. But not long after his discovery of the Beatles, Belew picked up the guitar, teaching himself how to play and to write original songs.

Spending the remainder of the '60s and early '70s honing his skills, Belew opted to change his first name to Adrian in 1975 (for the simple reason that it was a name he'd always admired), as he joined a Nashville, Tennessee-based cover band, Sweetheart, the same year. The group performed in '40s-era suits and became a popular local attraction -- resulting in Frank Zappa checking out a show in 1977. With an opening for a guitarist in his touring band, Zappa invited Belew on the spot to come and audition for his band, which Belew eventually landed. It was during Zappa's lengthy 1978 U.S. tour (documented in the concert movie #Baby Snakes) that David Bowie came to see a performance, which resulted in Belew being invited to join Bowie's touring band when the Zappa tour wrapped up. Once more, Belew accepted, touring the world alongside Bowie and appearing on his 1978 live recording, Stage, and 1979 studio effort, Lodger.

Once more, just as Belew's latest gig was about to wind down, he received an offer he couldn't refuse from another artist. Through guitarist Robert Fripp, Belew met renowned producer Brian Eno, who in turn introduced the guitarist to the Talking Heads, who were in the middle of recording their classic 1980 release Remain in Light. Belew was invited to lay down guitar for the songs, which led to his participation on the album's supporting tour (which a portion of the live compilation The Name of This Band Is Talking Heads showcased). Belew also contributed to the Talking Heads' offshoot project, the Tom Tom Club, appearing on their self-titled 1981 debut album, as well as their hit single Genius of Love (although he wasn't given a songwriting credit originally, it became known years later that Belew helped co-pen the tune with the others). It was during The Tom Tom Club recording sessions (in the Bahamas) that Belew also began work on his first solo album, issued in 1982 as Lone Rhino.

Predictably, it wasn't long before Belew was offered his next gig, this time with a newly reconstructed King Crimson. Belew, who handled lead vocal duties in addition to guitar, was joined by Crimson vets Robert Fripp (guitar) and Bill Bruford (drums), in addition to session ace Tony Levin (bass). With the group eschewing their previous prog rock leanings in favor of a more "modern" sound (akin to the Talking Heads), the '80s version of Crimson issued three outstanding albums: 1981's Discipline, 1982's Beat, and 1984's Three of a Perfect Pair (during which time Belew found the time to issue a second solo release, 1983's Twang Bar King). With Crimson on hiatus once more by the mid-'80s, Belew focused on further solo work (1986's Desire Caught by the Tail, 1989's Mr. Music Head), session work (most notably, Paul Simon's mega-hit Graceland), and also served as a member/producer of a new group, the Bears (1987's The Bears, and 1988's Rise and Shine).

The '90s continued to see Belew keep a busy schedule, as he hooked up once more with his old pal David Bowie, who named the guitarist musical director for his massive 1990 Sound and Vision tour. Also during the decade, Belew issued several more solo releases (including 1990's Young Lions, 1992's Inner Revolution, 1994's Here, and 1996's Op Zop Too Wah, the latter two of which Belew played all the instruments), in addition to guesting on other artist's recordings (Nine Inch Nails' The Downward Spiral and The Fragile), and producing others (Jars of Clay). After a almost-ten-year hiatus, King Crimson reunited, resulting in the 1995 album THRAK and supporting tour. Belew has shown little signs of slowing down in the 21st century, as he continued to tour and record with Crimson (2000's ConstruKction of Light, 2003's The Power to Believe), issued a third recording with the Bears (2001's Car Caught Fire), and is hard at work on compiling an extensive box set of rarities from throughout his career, to be titled Dust. 2004 saw rehearsals with the newest King Crimson lineup and additional recordings by the Bears while at the same time recording the first and second volumes of an ambitious run of solo albums called Sides. The first and third of these (Side One and Side Three) have Primus bassist Les Claypool and Tool drummer Danny Carey lending a hand while Side Two is more of a solo affair, with just a couple guest spots. The fourth of these albums, 2009's Side Four is a live release by the Adrian Belew Power Trio that featured bassist Julie Slick and drummer Eric Slick. This long-running trio would become Belew's primary performing outlet over the coming years and was also featured on the 2009 studio album e. In 2013, Belew was invited by Trent Reznor to become the touring guitarist for Nine Inch Nails and while the collaboration never materialized, he was featured on their album Hesitation Marks that same year. Around that same time, he was also involved in the King Crimson-related spin-off group the Crimson ProjeKCt, who released a handful of live albums including 2014's Live in Tokyo. ~ Greg Prato, Rovi 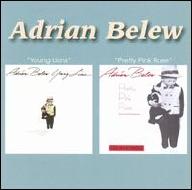 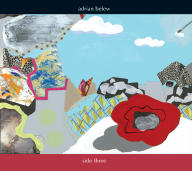 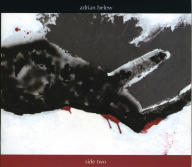 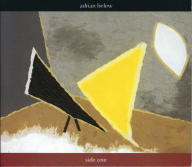 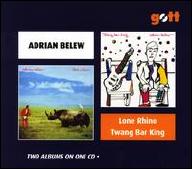 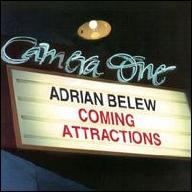 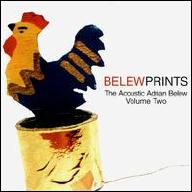 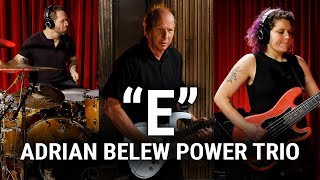 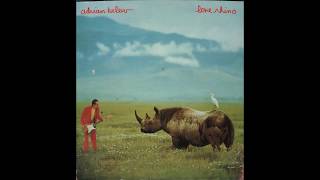 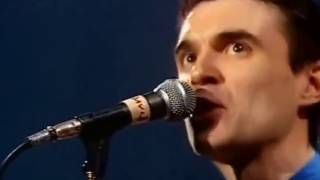 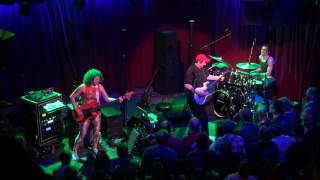 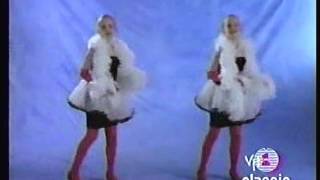 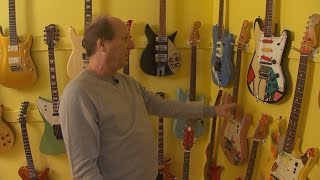 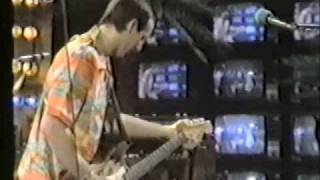