Close
Nick Lucas
from Newark, NJ
August 22, 1897 - July 28, 1982 (age 84)
Biography
Listening to Nick Lucas' high-pitched voice and knowing that he introduced Tip Toe Through the Tulips makes one immediately realize that he was a major influence on the infamous Tiny Tim in the late '60s. But there was much more to Nick Lucas than that; even beyond his singing.

Lucas was a musical wizard, learning guitar, banjo, mandolin, and ukulele early in life. Born Domenic Antonio Nicola Lucalese, he and his brother played for money on trains, entertaining riders, at the age of ten. Lucas performed regularly in restaurants and cafes as a teenager. When he was 20 he formed the Kentucky Five with pianist Ted Fio Rito, a group which performed in vaudeville.

In 1922, Lucas recorded the two earliest examples of unaccompanied guitar solos which he called Pickin' the Guitar and Teasing the Frets, predating Eddie Lang by several years. He remade the songs in 1923 and 1932. He also appeared on jazz records by Bailey's Lucky Seven and Sam Lanin and was regularly on the radio in 1924 with Ted Fio Rito's band. He became best known as an easygoing singer who was billed as "the Singing Troubadour" and during 1925-1932 Lucas' records sold over 84 million copies. Most of his performances were more pop than jazz. Among the songs that he made famous were I'm Looking Over a Four Leaf Clover, I'll Get By, and My Best Girl. In addition to his radio work and recordings, Lucas starred on Broadway in +Sweetheart Time and +Show Girl, and is in the early talking films #The Show of Shows and #Gold Diggers of Broadway. In #Gold Diggers, he introduced Tip Toe Through the Tulips and Painting the Clouds with Sunshine. He was so famous that the Nick Lucas model was introduced in 1928 by the Gibson Company: it was the first guitar named after a specific artist.

While the Depression and the eventual rise of swing eclipsed Lucas' fame, he stayed active for another half-century. His singing style may have been dated but he worked regularly in Hollywood clubs during the '30s, was often on the radio, performed in Las Vegas in the '50s, and was a favorite on the #Ed Sullivan Show. He can be heard singing some of the songs used on the soundtrack of the 1974 movie version of #The Great Gatsby. Nick Lucas' singing and guitar playing looked back towards the '20s but always seemed fresh, heartfelt, and credible. ~ Scott Yanow, Rovi 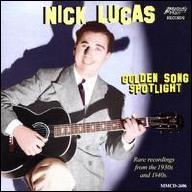 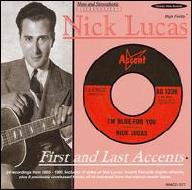 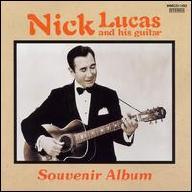 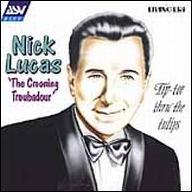 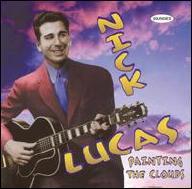 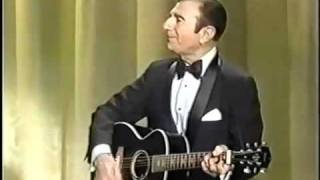 Nick Lucas on The Tonight Show 1969 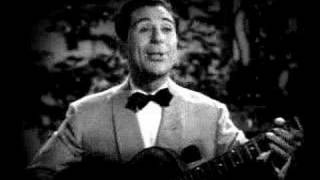 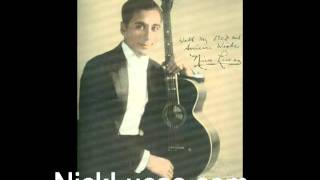 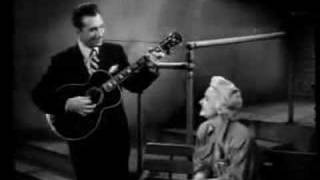 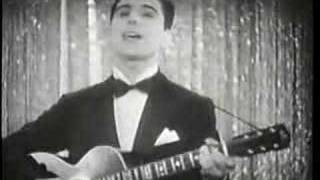 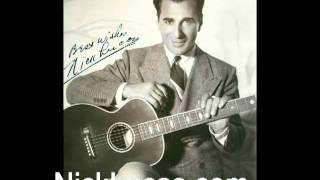 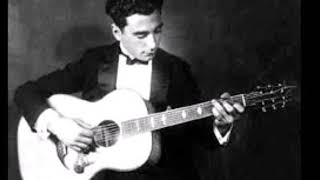