Close
Viv Prince
from Loughborough, Leicestershire, England
August 9, 1941 (age 78)
Biography
As the drummer for the Pretty Things, Viv Prince was one of British rock's first wildmen, playing with an uninhibited drumming style that influenced the young Keith Moon, who would watch Prince with the Pretty Things in his early Who days. That unpredictable, sprawling energy would also come across in the drumming on many of the Pretty Things' mid-'60s recordings, which were among the most frenetic British R&B/rock of the era. Beginning with their debut single, "Rosalyn"/"Big Boss Man," Prince definitely made a strong contribution to the early Pretty Things, both musically and image-wise, as he was perhaps the rowdiest member of one of the rowdiest bands of the 1960s in their rowdiest phase.

Prior to joining the Pretty Things, Prince had been drumming professionally for years. Shortly before joining the group, he'd played with Carter-Lewis the Southerners, featuring the John Carter-Ken Lewis songwriting team responsible for such hits as Herman's Hermits' "Can't You Hear My Heartbeat," and the Music Explosion's "Little Bit o' Soul." (Jimmy Page also briefly played with Carter-Lewis and a photo of the group with both Prince and Page in the lineup can be seen on the compilation The Carter-Lewis Story.) Prince was actually not the original Pretty Things' drummer, having been preceded by Viv Andrews, but was brought in as a replacement at the suggestion of co-manager Jimmy Duncan.

Although Prince's professional experience far outweighed those of the other bandmembers, he eventually turned out to be the least professional of the bunch, getting thrown out of a band that prided itself on outrageousness. His increasing unreliability came to a head on a legendary summer 1965 tour of New Zealand, culminating in his getting thrown off the plane returning the group to England shortly before takeoff. Whatever his exact behavior during the tour, he did his share or more for earning the group a lifetime ban from the country. (It's also been reported that he was the first British rock star busted for drug possession, though details are elusive.) He continued to play with the group, and exasperate them with some missed gigs and unruly conduct, before he left for good in November 1965.

This, however, was not Prince's farewell to the music scene by any means, though he'd never again have a high profile. Appropriately enough, he briefly deputized for Keith Moon in the Who in December 1965 when Moon missed a few shows due to illness. He also did a strange 1966 instrumental flop solo single, "Light of the Charge Brigade," that spotlighted his drumming, and wasn't as interesting as its title might suggest. This track, co-produced by his old colleague John Carter, appears on the compilation Measure for Measure: The John Carter Anthology 1961-1977. In 1966 he also formed a group, the Bunch of Fives, which did one decent, though not incredibly memorable single, "Go Home Baby"/"At the Station," in a British Invasion-R&B style considerably milder than that employed by the Pretty Things.

In early 1967, Prince played a few rehearsals with an embryonic version of the Jeff Beck Group, but that lineup never performed. He later played in the Denny Laine String Band, led by original Moody Blues lead singer (and future Wings guitarist) Laine, who put out a couple of singles in the late '60s. After that he did a short stint with Vamp, who did a couple of singles for Atlantic in 1968-1969, including the quite nice psychedelic track "Floatin'." Yet later in the late '60s, he was in Kate, who did a few singles for CBS. None of his post-Pretty Things musical projects, however, proved either durable or commercially successful. His greatest post-'60s notoriety is for, according to legend, having somehow managed to get kicked out of the Hell's Angels in the early '70s for unseemly behavior. Eventually he bred Alsatians in Portugal, living in an orange grove. The Pretty Things paid tribute to their long-departed drummer on "Vivian Prince," a track from their 1999 album Rage...Before Beauty. ~ Richie Unterberger, Rovi 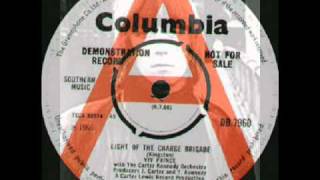 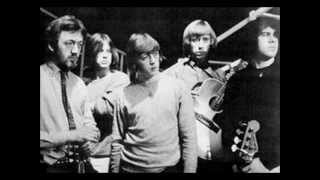 "Vivian Prince" by The Pretty Things 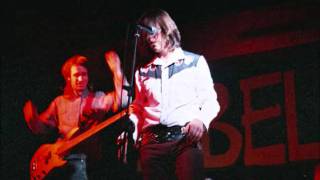 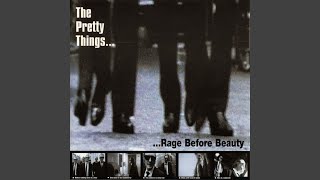 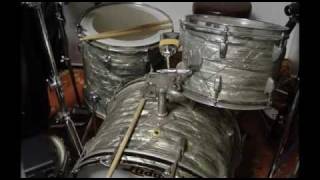 The Pretty Things .. You´ll never do it Baby..Hommage for Vivian Prince 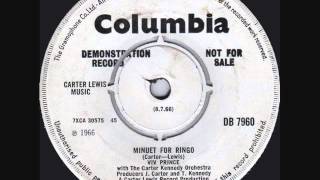 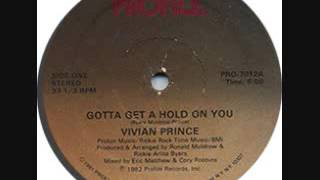 DISC SPOTLIGHT: “Gotta Get A Hold On You” by Vivian Prince (1982)
Available here: