Close
Carl Smith
from Maynardsville, TN
March 15, 1927 - January 16, 2010 (age 82)
Biography
Known as Mr. Country, Carl Smith was one of the most popular honky tonkers of the '50s, racking up over 30 Top Ten hits over the course of the decade. Smith was also able to sustain that popularity into the late '70s, during which time he had a charting single for every year except one. Smith had a talent for singing smooth ballads which polished the rough edges of hardcore country. Nevertheless, he could sing pure honky tonk with the best of them, and his hardest country was made tougher by the addition of a drum kit. Smith was one of the very first country artists to regularly perform with a drummer, and though it earned him criticism at the time, the hard-driving sound of those up-tempo numbers proved to be influential. Smith also occasionally dabbled in Western swing, and as he continued to record, he delved deeper into the genre. Since he specialized in honky tonk ballads and Western swing, Smith rarely crossed over into the pop audience. Still, he was one of the most popular and best-known country singers of his era, recording several classics -- including Let's Live a Little, Let Old Mother Nature Have Her Way, This Orchard Means Goodbye, Cut Across Shorty, Loose Talk, (When You Feel Like You're in Love) Don't Just Stand There, and Hey Joe! -- appearing in a handful of movies, and hosting his own television show. By the time he retired in the early '80s, he had hit the country charts nearly 100 times.

Smith was born and raised in Maynardsville, TN, which was also the hometown of Roy Acuff. As a child, Smith idolized Acuff, Ernest Tubb, and Bill Monroe. When he was a teenager, he taught himself how to play guitar. According to legend, he bought his first guitar with money he earned by selling flower seeds. At the age of 15, he was singing in the San Francisco-based country band Kitty Dibble and Her Dude Ranch Ranglers. Two years later, he learned to play string bass and spent his summer vacation working at WROL, a radio station in Knoxville. After Smith finished high school, he briefly served in the U.S. Navy before heading back home.

Once he returned to Tennessee, he continued to perform at WROL, usually playing bass for Skeets Williamson and Molly O'Day. Eventually, he began singing as well, and one of his colleagues at the station sent an acetate of Smith's singing to WSM in Nashville. WSM signed Smith to a contract, and he began working for the station and singing at the Grand Ole Opry. By 1950, Columbia Records signed Smith to a recording contract. His first hit, Let's Live a Little, arrived in 1951, climbing all the way to number two. Over the course of the year, he racked up no less than three other hits, including the classic If Teardrops Were Pennies and his first number one single, Let Old Mother Nature Have Her Way. Also that year, he married June Carter, the daughter of Maybelle Carter; the two would later divorce, yet they had a daughter named Carlene that would become a musician in her own right during the '70s.

Throughout the '50s, Smith was a consistent presence in the country charts, racking up no less than 31 Top Ten singles during the course of the decade. In addition to recording, he began appearing in Western movies, like 1957's #The Badge of Marshal Brennan. In 1956, he resigned from the Grand Ole Opry and joined a package tour organized by Phillip Morris. In 1957, he married country singer Goldie Hill, best-known for the number one hit I Let the Stars Get in My Eyes.

As the '50s ended, Smith was no longer as dominant in the upper reaches of the country charts as he was earlier in the decade, but he never stopped having hits. During the '60s, he consistently charted in the Top 40, which was indicative of his status as a country music statesman. In 1961, he appeared on ABC's country television series, #Four Star Jubilee, and a few years later, he began hosting #Carl Smith's Country Music Hall for Canadian television; the series also was syndicated in America. Throughout the '60s and early '70s, he began to incorporate more Western swing into his repertoire, especially on his albums. Smith continued to release albums and singles on Columbia Records until 1975, when he signed with Hickory. After having a handful of minor hits for the label -- including several that were released on ABC/Hickory -- he decided to retire in the late '70s.

Though he recorded an album of his greatest hits in the early '80s, Smith retreated from the spotlight after his 1979 retirement. He and his wife, Goldie, lived on their horse farm outside of Franklin, TN, and the two began to show horses professionally. Hill died in 2005, and Smith followed her early in 2010 after suffering a stroke. ~ Stephen Thomas Erlewine, Rovi 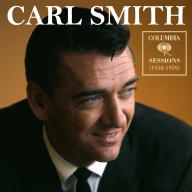 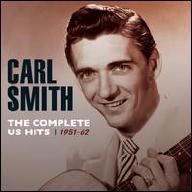 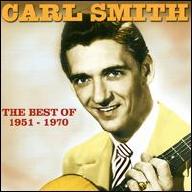 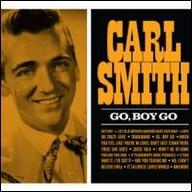 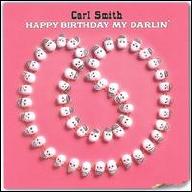 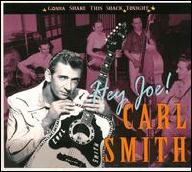 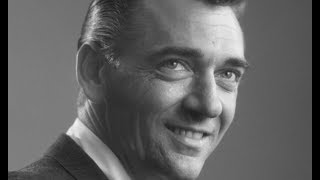 Carl Smith - If Teardrops Were Pennies 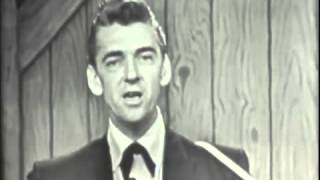 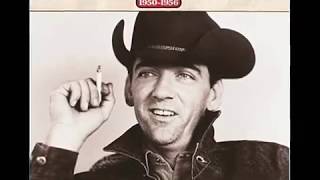 Carl Smith - There She Goes 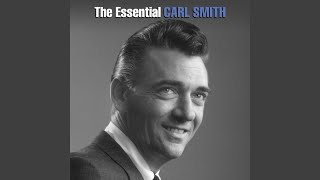 Carl Smith - There She Goes(Stars Of The 1950s)
Available here: