Close
Fats Waller
from New York, NY
May 21, 1904 - December 15, 1943 (age 39)
Biography
Not only was Fats Waller one of the greatest pianists jazz has ever known, he was also one of its most exuberantly funny entertainers -- and as so often happens, one facet tends to obscure the other. His extraordinarily light and flexible touch belied his ample physical girth; he could swing as hard as any pianist alive or dead in his classic James P. Johnson-derived stride manner, with a powerful left hand delivering the octaves and tenths in a tireless, rapid, seamless stream. Waller also pioneered the use of the pipe organ and Hammond organ in jazz -- he called the pipe organ the "God box" -- adapting his irresistible sense of swing to the pedals and a staccato right hand while making imaginative changes of the registration. As a composer and improviser, his melodic invention rarely flagged, and he contributed fistfuls of joyous yet paradoxically winsome songs like Honeysuckle Rose, Ain't Misbehavin,' Keepin' Out of Mischief Now, Blue Turning Grey Over You and the extraordinary Jitterbug Waltz to the jazz repertoire.

During his lifetime and afterwards, though, Fats Waller was best known to the world for his outsized comic personality and sly vocals, where he would send up trashy tunes that Victor Records made him record with his nifty combo, Fats Waller His Rhythm. Yet on virtually any of his records, whether the song is an evergreen standard or the most trite bit of doggerel that a Tin Pan Alley hack could serve up, you will hear a winning combination of good knockabout humor, foot-tapping rhythm and fantastic piano playing. Today, almost all of Fats Waller's studio recordings can be found on RCA's on-again-off-again series The Complete Fats Waller, which commenced on LPs in 1975 and was still in progress during the 1990s.

Thomas Fats Waller came from a Harlem household where his father was a Baptist lay preacher and his mother played piano and organ. Waller took up the piano at age six, playing in a school orchestra led by Edgar Sampson (of Chick Webb fame). After his mother died when he was 14, Waller moved into the home of pianist Russell Brooks, where he met and studied with James P. Johnson. Later, Waller also received classical lessons from Carl Bohm and the famous pianist Leopold Godowsky. After making his first record at age 18 for Okeh in 1922, Birmingham Blues/'Muscle Shoals Blues," he backed various blues singers and worked as house pianist and organist at rent parties and in movie theaters and clubs. He began to attract attention as a composer during the early- and mid-'20s, forming a most fruitful alliance with lyricist Andy Razaf that resulted in three Broadway shows in the late '20s, +Keep Shufflin', +Load of Coal, and +Hot Chocolates.

Waller started making records for Victor in 1926; his most significant early records for that label were a series of brilliant 1929 solo piano sides of his own compositions like Handful of Keys and Smashing Thirds. After finally signing an exclusive Victor contract in 1934, he began the long-running, prolific series of records with His Rhythm, which won him great fame and produced several hits, including Your Feet's Too Big, The Joint Is Jumpin' and I'm Gonna Sit Right Down and Write Myself a Letter. He began to appear in films like #Hooray for Love and #King of Burlesque in 1935 while continuing regular appearances on radio that dated back to 1923. He toured Europe in 1938, made organ recordings in London for HMV, and appeared on one of the first television broadcasts. He returned to London the following spring to record his most extensive composition, London Suite for piano and percussion, and embark on an extensive continental tour (which, alas, was canceled by fears of impending war with Germany). Well aware of the popularity of big bands in the '30s, Waller tried to form his own, but they were short-lived.

Into the 1940s, Waller's touring schedule of the U.S. escalated, he contributed music to another musical, +Early to Bed, the film appearances kept coming (including a memorable stretch of #Stormy Weather where he led an all-star band that included Benny Carter, Slam Stewart and Zutty Singleton), the recordings continued to flow, and he continued to eat and drink in extremely heavy quantities. Years of draining alimony squabbles, plus overindulgence and, no doubt, frustration over not being taken more seriously as an artist, began to wear the pianist down. Finally, after becoming ill during a gig at the Zanzibar Room in Hollywood in December, 1943, Waller boarded the Santa Fe Chief train for the long trip back to New York. He never made it, dying of pneumonia aboard the train during a stop at Union Station in Kansas City.

While every clown longs to play Hamlet as per the cliche -- and Waller did have so-called serious musical pretensions, longing to follow in George Gershwin's footsteps and compose concert music -- it probably was not in the cards anyway due to the racial barriers of the first half of the 20th century. Besides, given the fact that Waller influenced a long line of pianists of and after his time, including Count Basie (who studied with Fats), Teddy Wilson, Art Tatum, Thelonious Monk, Dave Brubeck and countless others, his impact has been truly profound. ~ Richard S. Ginell, Rovi

The Home Recordings of Fats Waller
2020 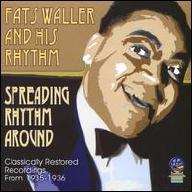 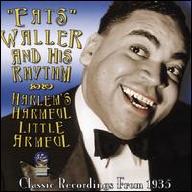 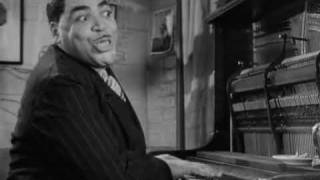 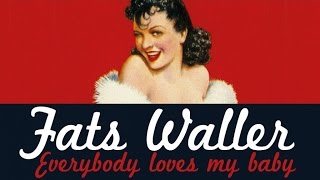 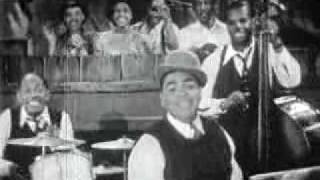 fats waller - your feet's too big 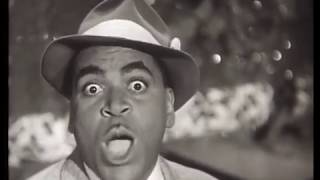 Fats Waller - All the Best (FULL ALBUM - BEST OF JAZZ) 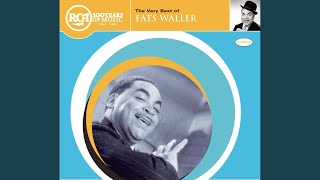 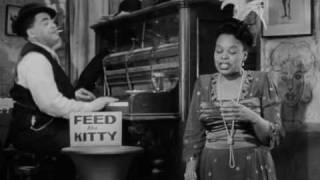