Close
Rev. Thomas A. Dorsey
from Villa Rica, GA
July 1, 1899 - January 23, 1993 (age 93)
Biography
The acknowledged father of gospel music, Thomas A. Dorsey remains arguably the most influential figure ever to impact the genre. A versatile composer whose material shifted easily from energetic hard gospel to gossamer hymns, he penned many of the best-known songs in the gospel canon, among them Take My Hand, Precious Lord and Peace in the Valley; the founder of the National Convention of Gospel Choirs and Choruses, he was also a pioneering force in the renowned Chicago gospel community, where he helped launch the careers of legends including Mahalia Jackson and Sallie Martin. Dorsey was born in Villa Rica, GA on July 1, 1899 and raised in the Atlanta area; there, in addition to the traditional Dr. Watts hymns, he also absorbed early blues and jazz. A child prodigy, he taught himself a wide range of instruments, and was playing blues and ragtime while still in his teens; under the stage name Georgia Tom, he was a prolific composer, authoring witty, slightly racy blues songs like the underground hit It's Tight Like That.

Dorsey settled in Chicago in 1918, where he briefly enrolled at the city's College of Composition and Arranging; within months of his arrival, he began playing with area jazz bands including Les Hite's Whispering Serenaders. Dorsey also formed his own group, the Wildcats Jazz Band, which traveled in support of Ma Rainey. He later collaborated in a duo with Tampa Red, but in 1928, after suffering his second nervous breakdown in as many years, he opted to retire from the music business. A two-year recovery period followed, during which time a minister convinced Dorsey to return to music, albeit to move from the blues to the church. His first attempt at writing a gospel song, 1921's If I Don't Get There, had met with some success, and he now returned with a renewed sense of purpose, renouncing secular music to devote all of his talents to the church circuit. Initially, Dorsey met with little success -- forced to reject blues jobs and with no gospel offers forthcoming, he soon resorted to peddling song sheets to make a living.

Dorsey's luck appeared to be on the upswing by 1932, the year he organized one of the first gospel choirs at Chicago's Pilgrim Baptist Church; his pianist, Roberta Martin, would in a few years emerge among the top talents on the church circuit. That same year, he also founded the first publishing house devoted exclusively to selling music by Black gospel composers. However, a few months later -- while traveling with Theodore R. Frye to organize a choir in St. Louis -- tragedy struck when Dorsey discovered that his wife had died while giving birth to their son, who himself died two days later. Devastated, Dorsey locked himself inside his music room for three straight days, emerging with a completed draft of Take My Hand, Precious Lord, a song whose popularity in the gospel community is rivaled perhaps only by Amazing Grace. Setting his loss behind him, he enjoyed his most prolific period in the years that followed, authoring dozens of songs with a distinctively optimistic sensibility for audiences held in the grip of the Depression.

During that same fateful year of 1932, Dorsey also hired a singer named Sallie Martin to join his group at the Ebenezer Baptist Church. Despite her unrefined vocal style, she instantly connected with audiences; over time Dorsey became increasingly aware of her value not only as a performer but also as an entrepreneur, as she took over his music store and within a few months was turning a tidy profit. In 1933, Dorsey and Martin -- along with Frye, Magnolia Lewis Butts, and Beatrice Brown -- organized the annual National Convention of Gospel Choirs and Choruses, where they introduced new songs to choir directors from across the nation. By now, Dorsey's songs were enormously popular, not only among Black churchgoers but also among white Southerners; by 1939, even the leading White gospel publishers were anthologizing his music. That year, he composed Peace in the Valley; although written for Mahalia Jackson, his demo singer at the time, its greatest success was in the White market -- both Elvis Presley and Red Foley, among others, scored major hits with the song.

After breaking through with the Singers Convention, Convention and Martin next hit the so-called "gospel highway," a touring circuit previously restricted to a cappella quartets. Between the early '30s and mid-'40s, he toured the nation under the banner "Evenings with Dorsey," training young singers to perform his material; between 1939 and 1944, he also toured regularly with Jackson. By the '50s, with the rise of hard gospel, Dorsey's influence began to slip a bit, although the popularity of his greatest material held on; during the middle of the decade, with the rise of RB, his melodies began to resurface in many of the era's secular hits. As James Cleveland emerged as the undisputed king of contemporary gospel, Dorsey began to curtail his writing and traveling, essentially retiring from active duty during the '60s; however, he continued spearheading the annual NCGGG event for years to follow, and remained among the most revered figures in spiritual music until his death on January 23, 1993. ~ Jason Ankeny, Rovi 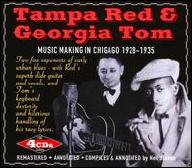 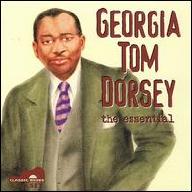 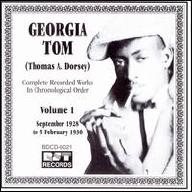 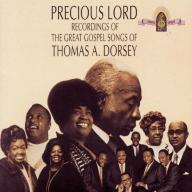 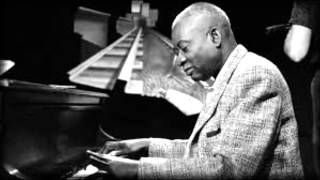 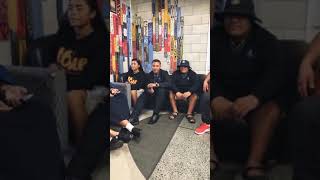 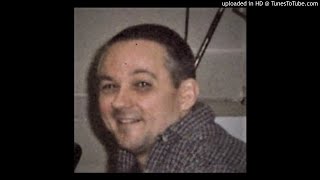 Take My Hand, Precious Lord by Rev. Thomas A. Dorsey 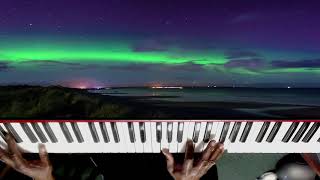 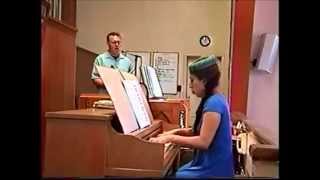 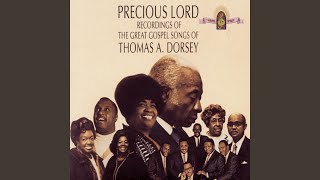 [There'll Be] Peace In The Valley 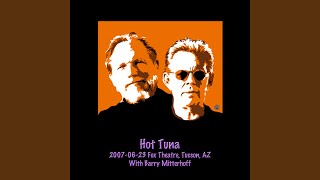