Close
George "Shadow" Morton
from Richmond, VA
September 3, 1940 - February 14, 2013 (age 72)
Biography
One of the most enigmatic and inventive producers of the 1960s, George Shadow Morton was most famed for his hits with the Shangri-Las, although he also did notable discs with Janis Ian, Vanilla Fudge, and the New York Dolls. Morton was nicknamed "Shadow" in part because of his elusive character, and as he had a knack for spinning fanciful tales, much of what he claimed for himself and his records had to be taken with a grain of salt. Whatever his exact role in these records, though, no one questions that he did bring unpredictable imagination to the sessions that resulted in classics like "Leader of the Pack," "Remember (Walking in the Sand)," and "Society's Child."

Morton grew up in Brooklyn and Hicksville, New York, and was a member of a rock vocal group in the 1950s, the Marquees. In the Marquees days he met Ellie Greenwich, then just another teenage kid singing and playing music. Years later, in 1964, Morton found out that Greenwich was now a hugely successful songwriter, as part of the team (Barry-Greenwich, with her husband Jeff Barry) that wrote or co-wrote great hits like the Ronettes' "Be My Baby," the Dixie Cups' "Chapel of Love," and the Crystals' "Da Doo Ron Ron." Morton called Greenwich, who invited him to her Brill Building office. At the ensuing meeting Jeff Barry asked what Morton did; Shadow replied that he wrote songs, although he didn't, really. Calling his bluff, Barry asked Morton to bring him some hit songs, and Morton, if his account is to be believed, hustled up a session with the Shangri-Las, a local teen girl group that had done some flop singles. On the way to the studio, claimed Morton, he realized he had everything together but a song, and pulled the car over to write "Remember (Walking in the Sand)" in about 20 minutes. Morton brought the demo in to Barry, who immediately set plans in motion to release "Remember (Walking in the Sand)" as a single.

It's one of those wonderful stories illustrating the anything-goes nature of the game when rock was young; imagine some hustler trying to pull that in the steel-and-glass skyscrapers of Manhattan's big labels of a later era. But Morton was more than just a hustler; as "Remember (Walking in the Sand)" demonstrated, he had real, if idiosyncratic, talent. Morton created a girl group melodrama with the quasi-classical melody and spooky chorus featuring little except vocals, handclaps, background chanting, and the sounds of ocean waves and seagulls. "Remember (Walking in the Sand)" was a big hit, and later in 1964 the Shangri-Las made number one with the even more dramatic "Leader of the Pack," complete with a revving motorcycle engine and sounds of a ghastly crash, preceded by urgent shouts of warning from the Shangri-Las themselves. These discs marked Morton as the most imaginative producer of girl group records except for Phil Spector.

After bringing Barry "Remember (Walking in the Sand)," Morton was hired as a staff producer for Red Bird Records, the independent label run by Jerry Leiber and Mike Stoller in the mid-'60s. It was on Red Bird that the Shangri-Las made their numerous fine hit and non-hit singles. Morton was still a novice in the studio in many ways, and he had a lot of help from people who were on the Red Bird staff or frequently doing work for Red Bird, such as Greenwich, Barry, Leiber, Stoller, and arranger Artie Butler. Exactly how much of the Shangri-Las discs was Morton and how much was others will probably never be determined. Morton claimed in Goldmine, for instance, that Greenwich did not hear the "Leader of the Pack" single (which she wrote with Jeff Barry and Morton) until it was on the radio, and that he gave Greenwich and Barry some writing and production credits to give them "a piece of the action"; Greenwich hotly contested this.

On the Shangri-Las' records, however, Morton undoubtedly had a knack for dramatic material that was enhanced by offbeat touches, such as the seagulls in "Remember (Walking in the Sand)," the Eastern European-sounding violin in "I Can Never Go Home Anymore," and the funereal atmosphere of "Dressed in Black." It's also doubtful that Morton's over the top ideas could have been conveyed effectively by anyone except the Shangri-Las, particularly the tracks -- like "Remember (Walking in the Sand)," "I Can Never Go Home Anymore," and "Past, Present and Future" -- that relied on spoken narration. The Shangri-Las were Morton's only notable act during the mid-'60s, although he did try some Shangri-Las imitations with other girl groups like the Goodies and the Nu-Luvs; a hideous but entertaining guide vocal track of "Dressed in Black" by Morton himself even got issued on archival Red Bird compilations. Both the Shangri-Las and Red Bird, however, ground to a halt shortly after Jerry Leiber and Mike Stoller left Red Bird in 1966.

Morton's next notable production was the controversial "Society's Child" single by Janis Ian, a protest folk-rock song about interracial romance that was given a full-bodied pop/rock arrangement with organ and strings. The session was done for about $5,000 -- a large sum for the mid-'60s -- and Morton says he had to shop it to 22 labels, who were wary of the song because of its subject matter, before Verve took it. Even then it was not a hit for many months, finally breaking through when Leonard Bernstein featured it on a television special. It might seem that a serious teenage folk-rock singer/songwriter and Morton were a mismatch considering his melodramatic, occasionally campy material with the Shangri-Las, but actually they seemed to have a fairly comfortable relationship, with Morton ending up producing Ian's first three albums as well (the third credited to both Morton and Ian).

In the late '60s, Morton also had a role in the psychedelic Long Island rock sound -- very heavy and soul-influenced in feel, with overwrought vocals, guitars, and organ -- as producer of Vanilla Fudge's early records. He did a single for the Blues Project after Al Kooper left that group, and as befits his name kept an extremely low profile after the 1960s, although he did do some Mott the Hoople stuff in the early '70s. His final significant contribution to New York rock was as producer of the New York Dolls' second album, Too Much Too Soon. It is odd that the New York Dolls, so often hailed as precursors to punk music, worked with a producer who was definitely not aligned with punk (Todd Rundgren, for their debut) and another, Morton, who was a 1960s icon.

Battling alcoholism in the 1970s and 1980s, Morton dropped out of sight from the music business, and was rarely interviewed. After a stay at the Betty Ford Clinic, he dried out and did reenter production on some low-key projects in the 1990s that failed to attract wide public attention. He died in February 2013 at the age of 72. ~ Richie Unterberger, Rovi 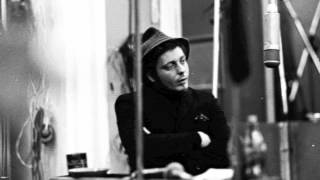 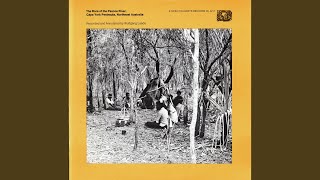 Song by George Morton with Drum and Narration 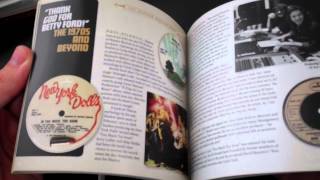 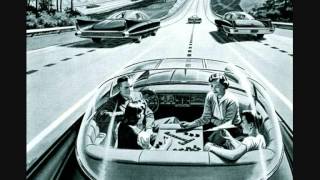 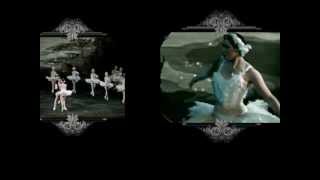