Close
Russell Simmons
from Queens, New York, NY
October 4, 1957 (age 64)
Biography
Russell Simmons is the most important businessman in the history of rap music. As co-founder of the Def Jam label, Simmons' street-friendly taste and marketing savvy helped bring hip-hop crashing into the mainstream of American culture and mass media. He's often been compared to Motown impresario Berry Gordy, but there's one important difference: Where Gordy strove to make assimilationist RB that would be considered respectable by pop audiences, Simmons ensured that his artists remained as uncompromisingly rebellious as possible. That attitude made hip-hop a music of choice for a generation of teenagers simply by staying true to its roots; it was a multi-cultural phenomenon that succeeded -- more or less -- on its own terms. Simmons was the entrepreneur who shepherded rap music into big business, gradually building his own communications company into the largest black-owned enterprise in the industry. By the time he sold Def Jam for 100 million dollars in 1999, he was one of the most respected figures in the rap business, and continued to take an active interest in shaping the culture's future direction.

Russell Rush Simmons grew up in the Hollis area of Queens, NY, and spent some of his teen years as a street hustler. He later enrolled at CCNY-Harlem to study sociology, and in 1978, he began using his spare time to promote early hip-hop block parties and club shows around Harlem and Queens, often in tandem with his friend Curtis Walker. A rapper in his own right, Walker adopted the name Kurtis Blow, and Simmons became his manager, also co-writing his 1979 single Christmas Rappin'. By this time, he'd quit school to pursue artist management full-time, forming his own Rush Productions company. In 1982, he took on his younger brother Joseph's group as clients, christening them Run-D.M.C. and helping to guide their meteoric rise to stardom over the next few years. In the meantime, Simmons met a producer and punk rock fan named Rick Rubin, who shared his taste for raw, aggressive, street-level hip-hop. Putting up a few thousand dollars apiece, Simmons and Rubin founded the Def Jam record label in 1984, and secured a distribution deal with CBS after some early success with LL Cool J (who recorded Def Jam's first-ever single, I Need a Beat).

Over the next few years, Def Jam grew into one of the most popular and creatively vital labels in hip-hop history. In addition to LL Cool J, the label also released acclaimed and influential recordings by Slick Rick, Public Enemy, the Beastie Boys, EPMD, 3rd Bass, Onyx, and many others. Simmons had already turned the story of Def Jam's founding into the fictionalized film #Krush Groove (1985), which starred Blair Underwood as Simmons and also featured Rubin and Run-D.M.C. as themselves. Critically panned as a plotless vehicle for musical performances, the film was nonetheless a smash hit with hip-hop fans (for pretty much the same reason). Rubin left Def Jam in 1988, leaving Simmons the sole head of the company. Another film, the Run-D.M.C. vehicle #Tougher Than Leather, followed that year. It was a sign that Simmons was beginning to build a full-fledged entertainment empire, with hip-hop as the foundation but not the sole focus. In 1991, he began producing the groundbreaking HBO series #Russell Simmons' Def Comedy Jam, a forum for black standup comedians to perform their uncensored routines for a wider audience; among the talents showcased over the series' seven seasons were Martin Lawrence, Chris Rock, Jamie Foxx, Bernie Mac, Cedric the Entertainer, Steve Harvey, D.L. Hughley, and Chris Tucker.

Simmons continued to branch out into other business ventures: In 1992, he launched Phat Farm, a successful men's clothing line; it later spawned a female companion, Baby Phat, which was overseen by onetime supermodel Kimora Lee (who eventually married Simmons in 1999). He returned to films in 1995 with the hip-hop documentary #The Show, and the following year produced Eddie Murphy's comeback hit #The Nutty Professor. 1996 also saw the launch of a hip-hop lifestyle magazine, One World, which spun off a syndicated TV show hosted by Lee. Further film ventures included 1997's #Gridlock'd and #How to Be a Player. Meanwhile, after a downturn during the West Coast G-funk era, Def Jam kept going strong through the '90s with hard, street-level artists like Redman, Method Man, DMX, and Ja Rule, among others.

In 1999, Simmons sold the remainder of his 40 percent share of Def Jam to Universal Music Group for a reported 100 million dollars, staying on as a nominal chairman. In the intervening years, he's kept up his other business ventures, and returned to HBO in 2001 with the spoken-word show #Russell Simmons' Def Poetry Jam, hosted by Mos Def. He's also devoted ample attention to the Hip-Hop Summit Action Network, among other philanthropic concerns. The Action Network was a non-profit outgrowth of a 2001 meeting among label heads, artists, and other key figures to discuss responsible directions in image and marketing for hip-hop to take in the new millennium. It made headlines in early 2003 when Simmons called for a boycott of Pepsi, based on the company's decision to jettison rapper Ludacris as its spokesman after Fox news anchor Bill O'Reilly objected to his lyrical content (Pepsi went on to hire equally profane rocker Ozzy Osbourne in his stead). The company admitted handling the situation poorly, and agreed to donate five million dollars to Ludacris' charity foundation. ~ Steve Huey, Rovi 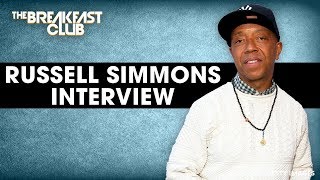 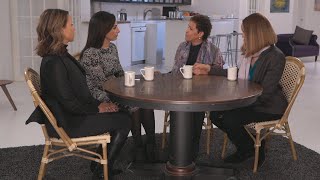 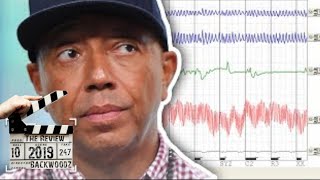 The Rise and Fall Of Russell Simmons 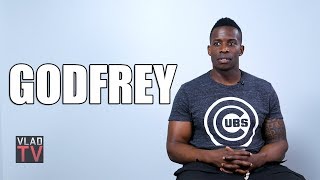 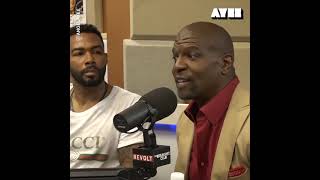 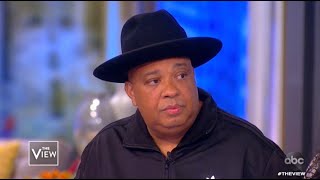 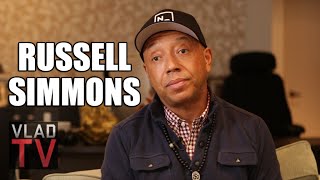 Russell Simmons: I Stopped Getting High at 30 (Except During Holidays)
Available here: