Close
Alejandro Sanz
from Madrid, Spain
December 18, 1968 (age 53)
Biography
The most commercially successful Spanish singer of all time, Alejandro Sanz earned a reputation as an industrious hitmaker in his native country during the 1990s, and by the decade's end, he'd expanded his fan base internationally, broadening his style beyond romantic ballads and collaborating with fellow Latin superstars, most memorably Shakira. A talented songwriter with handsome looks, Sanz proved immensely popular even with his debut album, 1991's Viviendo de Prisa, which was a number one hit in Spain. It wasn't until several albums later, 1997's Más, that he was able to break into the international market, however, thanks to a key hit single, "Corazón Partío," that transcended his core female audience. He began focusing on the Americas during the early 2000s, beginning in 2001 with MTV Unplugged, which was recorded in Miami and subsequently released as an album intended to showcase the highlights of his back catalog as well as a newly written single, "Y Sólo Se Me Ocurre Amarte." He then retreated to his studio to record his most broadly appealing album yet. Released in 2003, No Es Lo Mismo found him breaking away from audience expectations and exploring his own musical interests. Sanz did much the same on his next album, 2006's El Tren de los Momentos, which was highlighted by "Te Lo Agradezco, Pero No," a passionate duet with Shakira, whom he'd collaborated with the previous year on her massive Grammy-winning hit "La Tortura." He took a small detour relatively straight pop with 2015's smash hit Sirope, which netted him his 15th Latin Grammy, this one for Best Contemporary Pop Vocal Album.

Born in Madrid, Spain, on December 18, 1968, Alejandro Sánchez Pizarro was the youngest son of María Pizarro and Jesús Sánchez, both of whom were Andalusian. His father played guitar professionally and was a significant influence on Alejandro, who learned to play guitar as a boy. As a teenager, Sanz performed at local venues and eventually became acquainted with Miguel Angel Arenas, a music industry maven perhaps best known at the time for his association with Mecano, a successful Spanish pop/rock group of the '80s. Arenas helped Sanz find work in the recording industry, and the young performer initially signed a contract with the Spanish label Hispavox, which issued Los Chulos Son Pa' Cuidarlos (1989), an album that was met with indifference upon its release and is now a curious collector's item. Sanz was billed as Alejandro Magno on the album. Remaining aligned with Arenas, Sanz subsequently moved to WEA Latina, where he began recording music under his present billing. His early albums -- 1991's Viviendo de Prisa, 1993's Si Tu Me Miras and Basico, and 1995's 3 -- were loaded with hit singles and consequently were all successful, each reaching platinum status many times over in Spain. Comprised largely of romantic songs, these early albums connected well with sentimental listeners, particularly women, who tended to be as taken aback by the music as they were by Sanz's looks. "La Fuerza del Corazón," from 3, was his first major hit to have an international reach, opening a door to greener pastures.

The stage was now set for the breakthrough success of 1997's Más, which boasted "Corazón Partío," a hit so big it changed the course of Sanz's career. Driven by the across-the-board appeal of "Corazón Partío," as well as additional singles "Y, ¿Si Fuera Ella?," "Amiga Mía," "Aquello Que Me Diste," and "Siempre Es de Noche," Más became the most successful Spanish pop record ever, selling millions worldwide. El Alma al Aire, released in 2000, was a comparable commercial success, selling well internationally. However, the album wasn't as solid as its predecessor and accordingly spawned fewer hits: "Cuando Nadie Me Ve," "Quisiera Ser...," and "El Alma el Aire," each of which was a big hit nonetheless. By this point, Sanz had garnered a sizable following across the Atlantic, and his next recording, 2001's MTV Unplugged, was a clear effort to further his growing popularity in the Americas. The intimate concert performance featured a newly written single, "Y Sólo Se Me Ocurre Amarte," which became a hit, as did "Aprendiz," a song written by Sanz previously recorded by Malú in 1998. MTV Unplugged moreover showcased the bounty of career highlights Sanz now had to his credit, as one hit after another was performed during the concert.

When Sanz returned to the studio to begin recording his next album, No Es Lo Mismo, he decided to broaden his musical style to reflect his own interests. Released in 2003, the album was harder-hitting and more street-savvy than past ones, even including a bit of rap and touches of electronica. The romantic songs were still front and center, granted, but Sanz wrote an album far from generic, illustrating his growing reluctance to cater to the expectations of his audience; for the first time, he co-produced the album himself. Though bolder than before, No Es Lo Mismo was yet another international smash success, reaching number 128 on the all-inclusive Billboard 200 album chart -- a notably high ranking for a Latin pop album circa 2003 -- and generating several hits, none bigger than the title track. "No Es Lo Mismo" hit the Top Five on the Hot Latin Tracks chart (the first time Sanz did so since 1998) and was licensed by Coca-Cola for a promotional campaign in Latin America. Furthermore, the album won a Latin Grammy in 2003 for Best Latin Pop Album, and Warner Music Latina issued a special audio/video edition of the album the following year in commemoration of Sanz's Latin American tour. In 2004, Warner also released a pair of greatest-hits compilations, Grandes Éxitos 91_96 and Grandes Éxitos 97_04, as well as a three-disc package, Grandes Éxitos 91_04, that included a disc of rarities.

Sanz didn't return with his follow-up, El Tren de los Momentos, until late 2006, but in the meantime, he was featured on the biggest Latin hit of 2005, Shakira's "La Tortura." He co-wrote the Grammy-winning song and co-starred in its heavily aired pair of videos, which featured the two Latin pop stars in some rather sultry positions. "La Tortura" exposed Sanz to an even greater audience, and when he finally released the lead single to El Tren de los Momentos, "A la Primera Persona," the reception was rapturous. The song was among his biggest hits yet, his first to break into the all-inclusive Hot 100 chart, and El Tren de los Momentos was likewise well received. Stylistically similar to No Es Lo Mismo yet significantly more refined, El Tren de los Momentos is notable for its several superstar features, which include collaborations with Shakira, Juanes, Alex González of Maná, and Residente of Calle 13.

Sanz returned three years later with 2009's Paraiso Express. Considered a return to form by critics, the album saw Sanz relying on the more melodic sound of his earlier work. The single "Looking for Paradise" (featuring Alicia Keys) reached the number one spot on the Billboard Hot Latin Songs chart. The album hit number one in Spain and Mexico, and the following year was nominated for Album of the Year at the Latin Grammy Awards. After some 20 years with Warner, Sanz signed a new contract with Universal Music at the beginning of 2011.

In 2012, Sanz released his ninth studio album, La Música No Se Toca. Driven by the singles "No Me Compares" and "Se Vende," the album became one of the biggest hits of his career, spending nearly a month at the top of the Spanish and Mexican charts. The next year was relatively quiet for Sanz, although he did hit the Top Ten in Spain with a non-album single, "This Game Is Over," featuring Emeli Sandé and Jamie Foxx.

Sanz returned in March of 2015 with the pre-release single "Un Zombie a la Intemperie." The tune topped various song charts in Spain and 27 Latin American countries. The subsequent album, Sirope, issued in early May, made its debut at number one on many Latin album charts. A follow-up concert album, Sirope Vivo, was released near the end of the year and also hit the top spot on various Latin albums charts. Another concert album, +Es+ el Concierto, arrived in December 2017, and showcased Sanz's performance earlier in the year at Spain's Vicente Calderon Stadium. December 2018 saw Sanz issue the emotional single "No Tengo Nada" ahead of the release of 2019's #ElDisco, which netted him three Latin Grammys, including two for the chart-topping single "My Personal Favorita" (Record of the Year and Best Pop Song). He followed it at the end of the year with the live #ElGira de #ElDisco; a document from a sold-out concert in Madrid, that topped the Spanish album charts in advance of a world tour. ~ Jason Birchmeier, Rovi 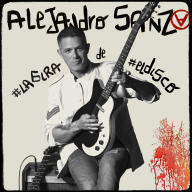 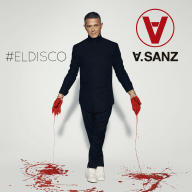 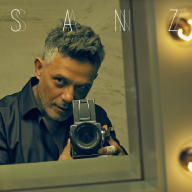 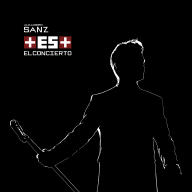 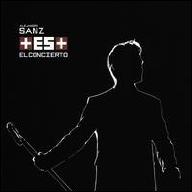 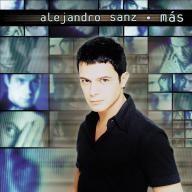 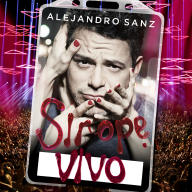 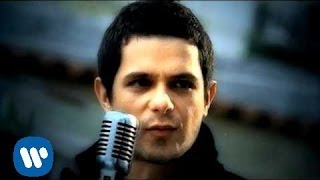 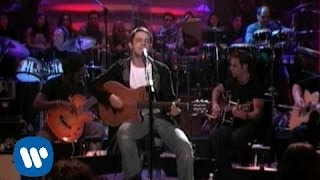