Close
Jerry Fuller
Biography
One can say what one wants about the hits produced and sometimes also written by Jerry Fuller, or do what one wants to them, for that matter. Copies of the wormy Little Green Apples, Young Girl by Gary Puckett the Union Gap, and the Knickerbockers' Lies have been found up in trees and at the bottom of ditches, after all, while some car and house radio dials have been severely damaged attempting a too-rapid escape from these oft-played ditties. There was much less saturation concerning Fuller's own performing career as a singer/songwriter, although he did score a couple of hits and broke ground with an early rockabilly version of Tenneesee Waltz.

Fuller came out of a background of Texas music as solid as the Alamo itself. Both of his parents were singers. His father, Clarence Fuller, had sung for fiddler and bandleader Bob Wills back in the days when the Light Crust Doughboys band was baking. Mother Lola Fuller did more of the direct music teaching in the family, setting Jerry Fuller and Bob Fuller in motion as the singing Fuller Brothers. The former quickly decided to go on his own, including penning his own numbers. Other family members eventually showed up on Jerry Fuller's production schedule, including Jimmy Fuller and his band Angus and background singer Claudine Fuller.

Jerry Fuller was 21 when he showed up in Los Angeles, having already cut ten sides of his own for a small Texas label, Lin. The Challenge label was the first West Coast outfit to give him a run after Fuller had earned dinner money singing on demo sessions. Betty My Angel was the first of several regional hits, but it was not until nearly 100 songs later that Fuller really struck gold by placing his song Travelin' Man with teen idol Ricky Nelson -- as in six million copies sold. Although Fuller had originally written the song with Sam Cooke in mind, he quickly realized he had Nelson's number, so to speak, and wound up composing a good two dozen more songs for him including It's Up to You. The backup singing on many of these sides was done by Fuller, a seemingly talented fellow named Glen Campbell, and Dave Burgess.

These same singers plus Jimmy Seals and Dash Crofts toured with the Champs of Tequila fame. With pop music styles in constant transition it was not always possible for Fuller to come up with so-called commercial material. He hit his stride again after discovering a garage combo called the Knickerbockers following his publishing company's relocation to New York City in the late '50s. The aforementioned Lies was a huge hit in 1965; Fuller also established his psychedelic credentials producing material by the Peanut Butter Conspiracy.

He took a staff producer job with Columbia in 1967 -- bringing in Puckett, a singer he had first heard holding forth in a bowling alley lounge in San Diego. O.C. Smith, originally a jazz singer, was presented with country western material such as Son of Hickory Holler's Tramp and Little Green Apples and wound up with impressive royalty checks as well as a Grammy nomination. Mac Davis was yet another of Fuller's country-pop crossover discoveries in this period.

Fuller fled Columbia in 1970, starting off his own Moonchild firm and coming up with hits such as Show and Tell for Al Wilson and Wayback for John Conlee. Meanwhile documentation of Fuller's own recording career has revved up from both ends of the runway, a reissue of his singles from the early Texas and California days competing with a set of new recordings entitled Four Decades, a Songwriter Sings His Hits. He should not be mistaken for several jazz instrumentalists with the same name. ~ Eugene Chadbourne, Rovi 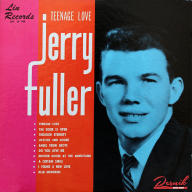 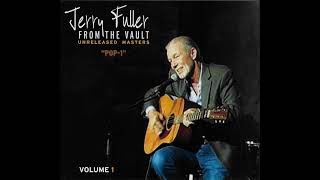 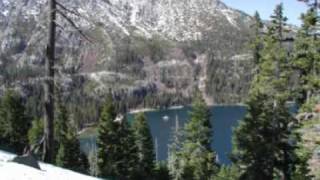 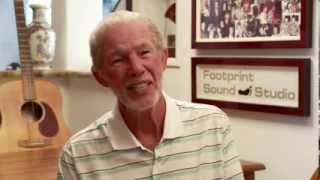 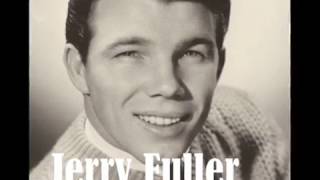 Jerry Fuller - Gone for the Summer 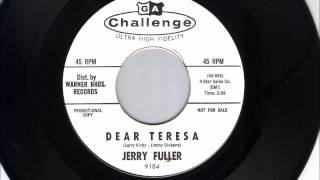 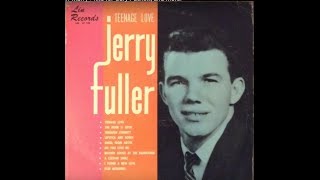 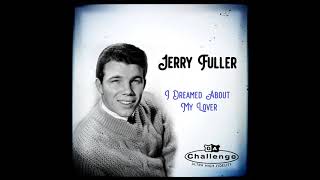 Jerry Fuller - I Dreamed About My Lover
Available here: