Close
Tony Orlando
from New York, NY
April 3, 1944 (age 76)
Biography
In conjunction with his backing duo Dawn, singer Tony Orlando was one of the biggest pop stars of the early '70s, best remembered for the mammoth hit Tie a Yellow Ribbon 'Round the Ole Oak Tree. Born Michael Anthony Orlando Cassavitis in New York City on April 3, 1944, he entered the music business at the age of 16 following a successful audition for producer Don Kirshner. Orlando's first hit, 1961's Halfway to Paradise, was written for him by Carole King, who also authored the Top 20 follow-up, Bless You. However, after scoring a minor chart entry with Happy Times (Are Here to Stay), his career ground to a halt when Kirshner sold his company to Screen Gems, which showed considerably more interest in publishing music than recording it. Orlando was given a job with the company's promotional department, and in 1967 he was tapped by Columbia Records to head their own publishing division, April-Blackwood Music.

In early 1970, Orlando received a call from Bell Records producer Hank Medress requesting that he lay down a lead vocal over a demo recorded by a Detroit-based act called Dawn. The duo, consisting of vocalists Telma Hopkins and Joyce Vincent, had previously backed up singers including Edwin Starr, Johnnie Taylor, Freda Payne, and others; according to legend, Orlando never even met either singer until well after the record, Candida, became a massive hit, rising to number three on the singles charts. Orlando quickly agreed to cut another record with Dawn, nonetheless adamantly insisting on keeping his day job; titled Knock Three Times; the single topped the charts in early 1971, and finally Orlando returned to music full-time, signing with Bell and going on tour with Hopkins and Vincent under the banner of Dawn, Featuring Tony Orlando.

Released in 1973, Tie a Yellow Ribbon became Orlando's biggest hit yet, and was named the top-selling single of the year. Long after its original success, the song re-entered the public consciousness with renewed force in 1981, becoming something of anthem during the Iranian hostage crisis as American citizens regularly tied yellow ribbons around trees as a symbol of their hopes and prayers for the hostages' safe return. By that time, Tony Orlando Dawn had long since dissolved: after scoring subsequent Top Ten hits with 1973's Say, Has Anybody Seen My Sweet Gypsy Rose?, 1974's Steppin' Out (Gonna Boogie Tonight), and 1975's chart-topping He Don't Love You (Like I Love You), the group's popularity began to slip, although they enjoyed considerable success with their CBS television variety series. However, in July 1977, Orlando -- reeling from the recent deaths of his sister and his close friend Freddie Prinze, as well as mounting drug problems -- announced his retirement, giving up show biz in the name of Christianity.

Orlando's retirement proved short-lived, and just four months later, he made a solo comeback in Las Vegas; Dawn attempted to forge on without him, but enjoyed little success on their own and eventually disbanded. In the meantime, Orlando signed to the Casablanca label, but as a solo performer he fared poorly, scoring only one charting single, 1979's Sweets for My Sweet. The following year, he joined the cast of Broadway's Barnum; Hopkins mounted an acting career as well, to significant success. After appearing regularly on the sitcom Bosom Buddies, she joined the cast of Gimme a Break and, later, the long-running Family Matters. In 1988, Tony Orlando and Dawn briefly re-formed, and two years later -- already a staple of the Las Vegas club circuit -- he became the latest in a long line of celebrities to open a theater in the tourist community of Branson, Missouri, founding the Tony Orlando Yellow Ribbon Music Theater with the promise to play some 200 dates there annually. ~ Jason Ankeny, Rovi 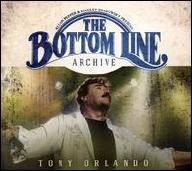 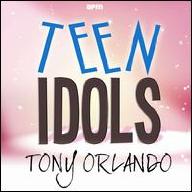 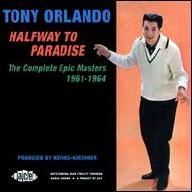 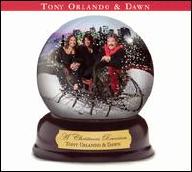 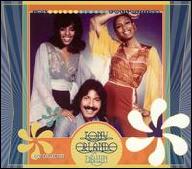 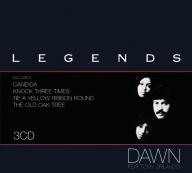 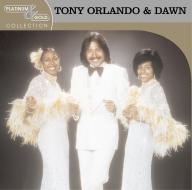