Close
Gioachino Rossini
from Pesaro, Italy
February 29, 1792 - November 13, 1868 (age 76)
Biography
Gioachino Rossini's chief legacy remains his extraordinary contribution to the operatic repertoire. His comedic masterpieces, including L'Italiana in Algeri, La gazza ladra, and perhaps his most famous work, Il barbiere di Siviglia, are regarded as cornerstones of the genre along with works by Wolfgang Amadeus Mozart and Giuseppe Verdi. He was revered from the time he was a teenager until his death.

Rossini's parents were both working musicians. His father played the horn and taught at the prestigious Accademia Filharmonica in Bologna, and his mother, although not formally trained, was a soprano. Rossini was taught and encouraged at home until he eventually enrolled at the Liceo Musicale in Bologna. After graduation from that institution, the young musician was commissioned by the Venetian Teatro San Moise to compose La cambiale di matrimonio, a comedy in one act. In 1812, Rossini wrote La pietra del paragone, for La Scala theater in Milan and was already, at the tender age of 20, Italy's most prominent composer.

In 1815, Rossini accepted a contract to work for theaters in Naples, where he would remain until 1822, composing prolifically in comfort. He composed 19 operas during his tenure, focusing his attention on opera seria and creating one of his most famous serious works, Otello, for the Teatro San Carlos. While he served in this capacity, Rossini met and courted Isabella Colbran, a local soprano whom he would eventually marry. Other cities, too, clamored for Rossini's works, and it was for Roman audiences that he composed the sparkling comedies Il barbiere di Siviglia (The Barber of Seville, 1816) and La cenerentola (Cinderella, 1817).

In 1822, Rossini left Naples and embarked on a European tour. The Italian musician was received enthusiastically to say the least, and enjoyed fame and acclaim everywhere. Even Beethoven, at the opposite stylistic pole in the musical scene of the day, praised him. The following year, Rossini was commissioned to write Semiramide, a serious opera, for La Fenice, a theater in Venice. This work was less successful in its own day than some of his previous efforts, but spawned several arias that remain part of any vocalist's songbook. In 1824, Rossini traveled via London to Paris where he would live for five years and serve as the music director from 1824 to 1826 at the Théâtre Italien. The composer gained commissions from other opera houses in France, including the Paris Opéra. Rossini composed his final opera, Guillaume Tell (1829), before retiring from composition in that genre at the age of 37. Its overture is not only a concert favorite, but an unmistakable reflection and continuation of Beethoven's heroic ideal. The catalog of work Rossini had written at the time of his retirement included 32 operas, two symphonies, numerous cantatas, and a handful of oratorios and chamber music pieces. After moving back to Italy, Rossini became a widower in 1845. His marriage to Isabella Colbran had not been particularly happy, and shortly after her death, the composer married Olympe Pelissier, a woman who had been his mistress.

In 1855, Rossini, along with his new bride, moved once again, this time settling in Passy, a suburb of Paris. He spent the remaining years of his life writing sacred music as well as delectable miniatures for both piano and voice (some of which he called "sins of my old age"). Rossini was buried in Paris' Père Lachaise cemetery in proximity to the graves of Vincenzo Bellini, Luigi Cherubini, and Frédéric Chopin. In 1887, Rossini's grave was transferred from Paris to Santa Croce, in Florence, in a ceremony attended by more than 6,000 admirers. ~ David Brensilver, Rovi 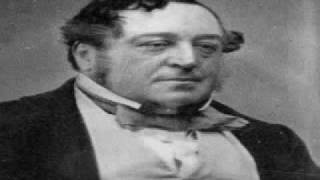 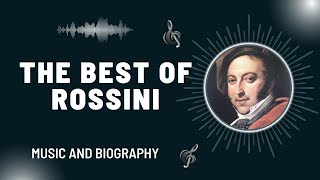 The Best of Rossini 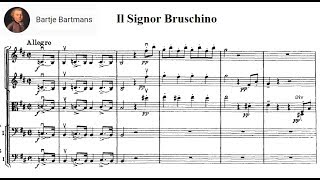 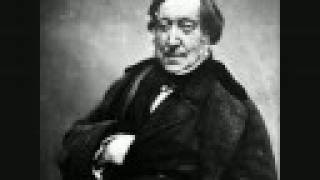 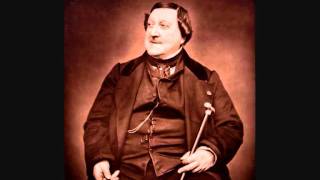 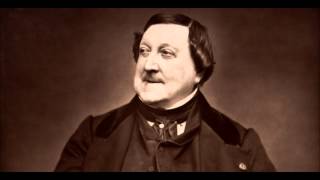