Close
Kristin Chenoweth
from Broken Arrow, OK
July 24, 1968 (age 53)
Biography
Best known for her role as Glinda in the acclaimed Broadway musical Wicked, singer/actress Kristin Chenoweth has also recorded a number of solo albums, beginning with the entertaining 2001 standards collection, Let Yourself Go. Chenoweth's tiny frame and girl-next-door persona belie her powerful and dynamic voice, as any of her work on the Great White Way reveals. Chenoweth has appeared in numerous movies (Bewitched) and TV shows (The West Wing, Pushing Daisies), and also moonlighted on the "Elmo's World" segments of Sesame Street as the Chaplinesque Ms. Noodle.

Born Kristi Chenoweth, she grew up in Broken Arrow, Oklahoma, and attended the nearby Oklahoma City University, where she earned a bachelor's degree in musical theater and a master's degree in opera performance. She also won a Most Talented Up-and-Coming Singer award in the Metropolitan Opera National Council auditions, which entitled her to a full scholarship at the Academy of Vocal Arts in Philadelphia. Before matriculating, however, she auditioned for an off-Broadway production of Dames at Sea and landed the part, which prompted her to relocate to New York and turn professional instead. She followed Dames at Sea with a stint in the long-running off-Broadway musical The Fantasticks, played leading roles at such prestigious regional theaters as the Goodspeed Opera House and the Guthrie Theater, and served as Jerome Robbins' guest soloist in his West Side Story Suite of Dances at the New York City Ballet.

Chenoweth made her Broadway debut in Scapin, then moved on to the John Kander-Fred Ebb musical Steel Pier, for which she won a Theatre World Award. Additional awards were earned for her work in the 1999 Broadway revival of You're a Good Man, Charlie Brown, which earned her the Tony Award for Best Supporting Actress (along with similar accolades from the Drama Desk and the Outer Critics Circle). In the 1999-2000 season, she appeared in the Broadway comedy Epic Proportions and an ABC-TV adaptation of the Broadway musical Annie, while also starring in the City Center Encores! production of On a Clear Day You Can See Forever (February 10-13, 2000).

On May 29, 2001, Chenoweth's first album as a solo vocalist, Let Yourself Go, was released by the Sony Classical label. Her NBC-TV situation comedy, Kristin, had its premiere several months later, cementing her star power across several media formats. On the loosely autobiographical show, Chenoweth played Kristin Yancey, an Oklahoma native who comes to New York City to make it in show business (unlike the actress herself, however, the character has to settle for an office job). Chenoweth embarked on her first national tour that summer, accompanied by the Seattle Men's Chorus, but she returned to Broadway soon after, having landed the role of Glinda in the soon to be award-winning musical Wicked. Debuting in 2003, the show was a massive success that boosted her profile even further.

A recurring role in the television show The West Wing followed in 2004, and Chenoweth also furthered her music career with albums like As I Am and the holiday-themed A Lovely Way to Spend Christmas. By the time 2010 rolled around, she'd landed another Broadway role -- this one in the revival of Promises, Promises -- and made appearances in more television shows, including Glee and Pushing Daisies. In 2011, Chenoweth celebrated her Oklahoma upbringing with the country-tinged album Some Lessons Learned; it debuted at 14 on Billboard's country albums chart.

She returned to the stage for 2014's Coming Home, a live album recorded in her hometown of Broken Arrow, Oklahoma. Two years later, she released The Art of Elegance, her first album to feature songs from the Great American Songbook. On 2019's For the Girls, Chenoweth turned her attention to mainstream pop songs popularized by female artists. The album featured cameos by Dolly Parton, Ariana Grande, Jennifer Hudson, and Reba McEntire. ~ William Ruhlmann, Rovi 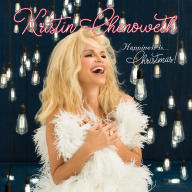 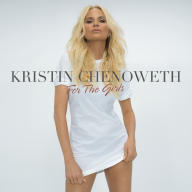 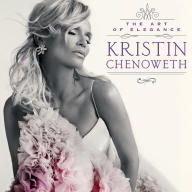 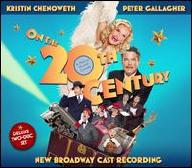 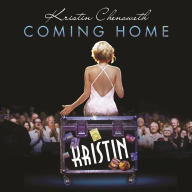 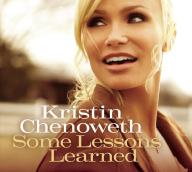 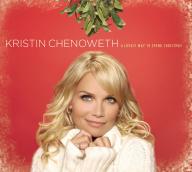 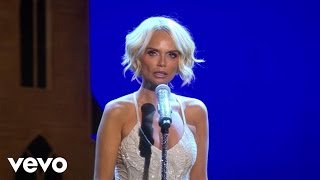 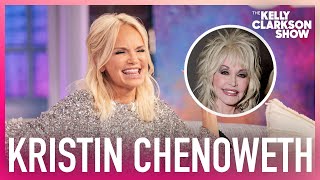 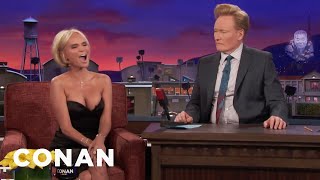 Kristin Chenoweth Harmonizes With A Fire Alarm | CONAN on TBS 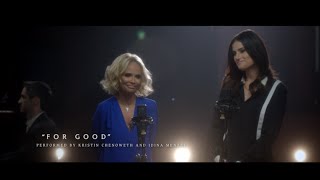 #OutOfOz: "For Good" Performed by Kristin Chenoweth and Idina Menzel | WICKED the Musical 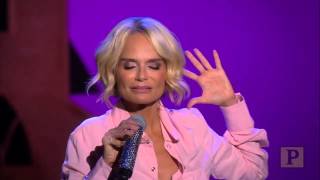 Kristin Chenoweth - I Will Always Love You 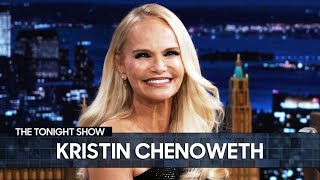 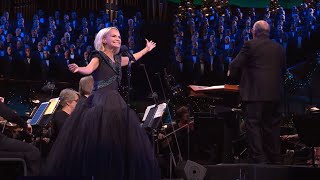