Close
Gavin Bryars
from Goole, Yorkshire, England
January 16, 1943 (age 78)
Biography
Arguably the most important British post-minimalist composer, Gavin Bryars mixes classical, jazz, and modern influences in his intellectually engaging (yet still emotionally touching) music. Though his style has changed somewhat since his first major piece, 1969's "The Sinking of the Titanic," Bryars has remained a provocative yet accessible composer capable of working in a variety of settings.

Born in the small Yorkshire village of Goole, England, in 1943, Bryars' first musical love was jazz. Beginning in 1963, when he was a philosophy student at the University of Sheffield, Bryars played bass with free jazz guitarist Derek Bailey and drummer Tony Oxley in the nonsensically named improvisatory trio Joseph Holbrooke. (An 11-minute excerpt from a 1965 Joseph Holbrooke rehearsal was released on CD in 1999, but the group remains otherwise undocumented.) Joseph Holbrooke broke up in 1966 when Bailey and Oxley moved to London to form the Spontaneous Music Ensemble, and at that point, Bryars abandoned improvisatory music.

After a period spent studying in the United States under John Cage, whose theories inspired much of Bryars' early work, Bryars returned to England and became a Fine Arts instructor at Portsmouth College of Art in 1969. While studying with renowned composers Cornelius Cardew and John White, Bryars wrote the original sketch of "The Sinking of the Titanic" to accompany a student art exhibition. Bryars originally thought of the piece as a musical equivalent of conceptual art and did not originally intend for the piece to be performed. It wasn't until 1972 that Bryars wrote the first performance score for the piece, and he revised the piece in 1975, 1990, and 1994.

Bryars wrote his second major piece in 1971, "Jesus' Blood Never Failed Me Yet." Like "The Sinking of the Titanic," "Jesus' Blood" is based on a piece of church music slowly transmogrified, but this piece, based on a tape recording of a London tramp singing the titular hymn, is an additive work that builds slowly into an explosive orchestral climax.

Although Bryars wrote his first two major pieces in Portsmouth, probably the most lasting and important project of his time in that town was his founding of the legendary Portsmouth Sinfonia. Half-art project, half-put-on, the Portsmouth Sinfonia was a community orchestra that anybody could join, regardless of skill. The resulting mix of virtuosi and people who had never picked up an instrument before in their lives is oddly fascinating, as heard on the group's two albums, 1973's The Portsmouth Sinfonia Plays the Popular Classics and 1975's Hallelujah!: Live at the Royal Albert Hall.

Brian Eno was a member of the Portsmouth Sinfonia from 1970 to 1974, and through that connection, Bryars became the first artist signed to Eno's Obscure label, whose first release was of the original recordings of both "The Sinking of the Titanic" and "Jesus' Blood Never Failed Me Yet" in 1975. Bryars also appears on the label's second release, Ensemble Pieces, with his "1, 2, 1-2-3-4," alongside pieces by John Adams and Christopher Hobbs. The following year, Bryars' "The Squirrel on the Ricketty-Racketty Bridge," a piece for eight guitars played by four guitarists, was performed by Bryars, Eno, Bailey, and Henry Cow's Fred Frith and appeared on the Obscure compilation Machine Pieces.

In 1977, Bryars collaborated with librettist Fred Orton on the opera Irma, which was staged by Tom Phillips and released on Obscure with an orchestra conducted by Bryars. Thus inspired, Bryars began composing his first solo opera, Medea, which was staged by Robert Wilson in Paris and Lyon in 1984. Bryars' second opera, Doctor Ox's Experiment, was based on a story by Jules Verne and was staged by Canadian film director Atom Egoyan in London in 1998.

In 1981, Bryars began a decade-plus association with the Belgian art pop label Les Disques du Crepuscule, releasing the chamber music album Hommages. In 1986, the tone poem "Three Viennese Dancers" was released on the influential ECM label. Crepuscule released a celebrated revision of "The Sinking of the Titanic" in 1990, followed by the new "After the Requiem" in 1991. Bryars revised both "The Sinking of the Titanic" and "Jesus' Blood Never Failed Me Yet" (in a new recording featuring Tom Waits singing the hymn) for Point Music in 1993 and 1994. A remix project with Aphex Twin, Raise the Titanic, was released in Japan in 1995. In between those projects, Bryars released the eclectic Vita Nova, with four new pieces performed by four different ensembles.

A collaboration with the renowned Balanescu Quartet, The Last Days, was released in 1995. Another varied collection of new works, Farewell to Philosophy, featuring a cello concerto commissioned by Julian Lloyd Webber, a piece for the Nexus percussion ensemble, and an orchestral solo for jazz bass legend Charlie Haden, followed the next year. A reunion with his own chamber music group, the Gavin Bryars Ensemble, was released as A Man in a Room, Gambling in 1997, with another orchestral work, "Cadman Requiem," appearing the next year. Bryars capped a productive period of his career with a self-titled collection of works in a variety of settings in 1998, followed by the CD reissue of his first album and the archival Joseph Holbrooke tape. In 2000, a Joseph Holbrooke reunion concert from 1998 was issued, as was Bryars' score for Biped, a Merce Cunningham dance performance. During this period, Bryars was also working on his third opera, G. Amjad, a collaboration with David Lang for the Canadian dance company La La La Human Steps, was issued in late 2008. In February of 2010, his Piano Concerto: The Solway Canal, a co-commission of the Borletti-Buitoni Trust and the Dutch radio was premiered. The year also saw the release of three new albums: I Send You This Cadmium Red, scored by Bryars for an ensemble that included the speaking voices of John Christie and John Berger; I Have Heard It Said That a Spirit Enters, a collection of songs and instrumental works performed by the CBC Radio Orchestra, conducted by Owen Underhill with soloists Holly Cole, Gwen Hoebig, and the composer; and Live at Punkt by the Gavin Bryars Ensemble with Arve Henriksen guesting on trumpet. The following year he was named composer-in-residence for the Adelaide Festival in Australia and his performance with the Adelaide Symphony Orchestra was issued as Adelaide Town Hall. The same year, Bryars and poet Blake Morrison for the 2016 Yorkshire Festival, were commissioned by the Yorkshire Festival to create a work to be experienced on the train journey from Goole (Bryars' birthplace) to Hull (or vice-versa). Composed as a series of movements to be heard as the stopping train leaves each station between destinations and on its return journey, it is scored for viola, cello, bass, electric guitar and spoken voice. Morrison's poetry refers to the personal history of Bryars in the area as well as to topographical and historical material. on the 2017 recording The Stopping Train, Morrison narrated his lyrics while the Gavin Bryars Ensemble played the score. ~ Stewart Mason, Rovi 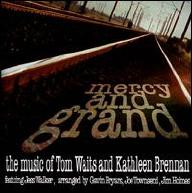 Mercy and Grand: The Music of Tom Waits & Kathleen Brennan
2012 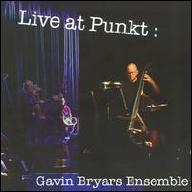 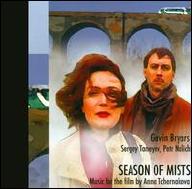 Season of Mists: Music for the Film by Anna Tchernakova
2009 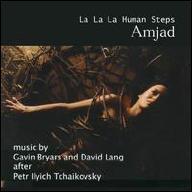 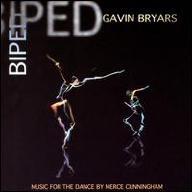 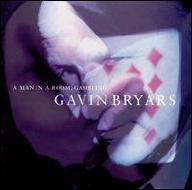 Gavin Bryars: A Man in a Room, Gambling
1998
Videos
Close 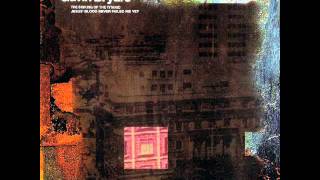 Gavin Bryars - The Sinking Of The Titanic (1975, Obscure) 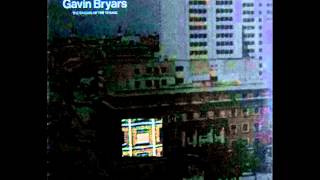 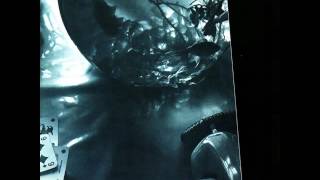 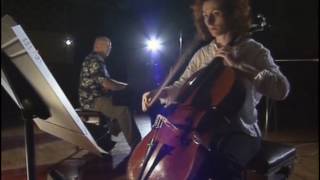 Gavin Bryars - The South Downs, for 'cello and piano 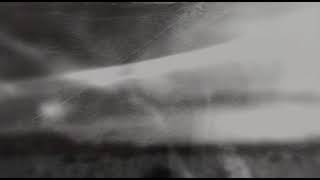 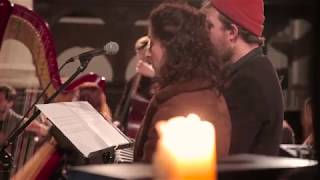 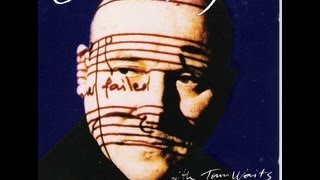