Close
Mercury Rev
from Buffalo, NY
formed January 1, 1989 (age 33)
Biography
Beginning as avant-pop pranksters and evolving into purveyors of rootsy, majestic psych-pop, Mercury Rev aren't so much a band as a long, strange trip. The volatility of the group's early days likely added an extra spark to the one-of-a-kind mix of shoegaze, noise pop, psychedelic, and experimental music on 1991's Yerself Is Steam and 1993's Boces, which offered the first hint of just how ambitious their music became later in the decade. As their lineup changed, their musical horizons expanded; on 1995's See You on the Other Side, they added adventurous free jazz excursions and lullaby-like melodies with striking results. Though Mercury Rev won critical acclaim from the start, they didn't achieve commercial success until their 1998 breakthrough album, Deserter's Songs, which combined intimate songwriting with a fresh take on Americana. As they continued to evolve with 2008's electronic Snowflake Midnight and paid homage to one of the great underappreciated albums with 2019's Bobbie Gentry's The Delta Sweete Revisited, heartfelt emotion and experimentation remained equally vital to Mercury Rev's music.

Formed out of the experimental art and music scene at the State University of New York at Buffalo in the late '80s, Mercury Rev originally featured vocalist David Baker, vocalist/guitarist Jonathan Donahue, guitarist/clarinetist Grasshopper (born Sean Mackowiak), flutist Suzanne Thorpe, bassist Dave Fridmann, and drummer Jimy Chambers. As a child, Grasshopper studied clarinet and loved jazz artists like John Coltrane, Ornette Coleman, and Miles Davis; later, when he began playing guitar, he drew from classic rockers such as Neil Young and the Allman Brothers as well as the Velvet Underground's Sterling Morrison and Television's Tom Verlaine and Richard Lloyd. After playing with the local Buffalo groups the People's Front and Sunny in Chernobyl in the early '80s, Grasshopper began playing bass with Shady Crady, an avant-garde band who also included Donahue among their members, while pursuing a B.A. in the State University of New York at Buffalo's Media Studies program.

By 1989, Shady Crady had evolved into Mercury Rev (a name whose inspiration was variously attributed to an imaginary Russian ballet dancer, a sharp rise in temperature, or a revved-up auto), with Grasshopper switching to guitar. The band's earliest recordings were improvised soundtracks to TV nature documentaries and student films. Encouraged to further their music by Grasshopper's academic mentor, minimalist composer and multimedia artist Tony Conrad, the group recorded a demo onto a reel of 35mm magnetic film. During this time, Donahue worked as a concert promoter and scheduled a Butthole Surfers gig. After the show, he befriended the support act, Oklahoma's like-minded Flaming Lips, and soon joined the tour as a guitar technician. Donahue -- under the alias "Dingus" -- became the Lips' lead guitarist, playing on 1990's In a Priest Driven Ambulance, which Fridmann co-produced.

Though Mercury Rev effectively were in limbo with members scattered across the country, the band's demo tape made its way to the British offices of Rough Trade Records, which contacted Baker about signing the group. Soon, the band convened to record their debut, Yerself Is Steam, which they recorded at the same time Donahue and Fridmann were also working on the Flaming Lips' major-label debut, Hit to Death in the Future Head. After the album was complete, Donahue left the Flaming Lips to concentrate on Mercury Rev. In May 1991, Yerself Is Steam was issued to widespread acclaim for its melodic yet free-form art pop epics. However, within weeks of the LP's release, Rough Trade's American branch declared bankruptcy, aborting any hopes of proper distribution or promotion. Nevertheless, the group toured the U.K., something they were unaccustomed to -- their London show was their second performance ever -- and their volatile gigs highlighted the tensions between Baker and the rest of the group.

Following the tour, the members of Mercury Rev again went their separate ways, but Sony signed the group and reissued Yerself Is Steam along with an extra track, the sublime single "Car Wash Hair" (recorded with the aid of Luna's Dean Wareham). In 1992, Mint Films and Jungle Records reissued Yerself Is Steam with the bonus disc Lego My Ego, a set featuring live performances as well as a cover of Sly the Family Stone's "If You Want Me to Stay."

To craft their second album, Mercury Rev set up studio space in a barn and collected samples from sites as far-ranging as Times Square and NASA's Cape Canaveral to flesh out the music's dense, prismatic sound. However, tensions within the band continued; several pop songs Donahue had written were scrapped in favor of songs that were a better fit for Baker. Named after a New York special education program, Boces arrived in June 1993 and was even more freewheeling than its predecessor. The album reached number 43 on the U.K. Album chart, but it wasn't as successful in the States. Mercury Rev played Lollapalooza's second stage but were kicked off the bill during the festival's Denver stop due to excessive noise. Additionally, a video for the single "Something for Joey" was shot with porn star Ron Jeremy, but the clip's suggestive space-age sexcapades and visual double entendres made mainstream airplay a moot point. That year, Fridmann stopped touring with the band, and following a fractious U.K. tour supporting Spiritualized, Baker was dismissed from Mercury Rev's ranks. Under the name Shady, Baker issued 1994's World, which he recorded with luminaries from the Boo Radleys, Rollerskate Skinny, and St. Johnny.

Minus their former lead singer, Mercury Rev continued to evolve. In 1994, Grasshopper developed the Tettix Wave Accumulator, a homemade tone generator made of oscillators, filters, and wave shape manipulators that the band used on that year's Everlasting Arm single and their third album. Released in September 1995, See You on the Other Side incorporated influences from jazz and show tunes as well as psych-rock on songs that boasted more melody and newfound emotional depth. That October, the group also issued Paralyzed Mind of the Archangel Void, a largely improvised 40-minute set, as Harmony Rockets. However, the lack of label support for See You on the Other Side, financial and substance abuse issues, and personal losses took a toll on Mercury Rev. Chambers departed the band, who asked to be dropped from Sony. Grasshopper spent six months in a Jesuit monastery in Spain, then recorded the solo album Orbit of Eternal Grace, which arrived on Beggars Banquet in 1998. He reconnected with Donahue, who had suffered a nervous breakdown, and the pair released a cover of the Willy Wonka the Chocolate Factory song "I've Got a Golden Ticket" as Harmony Rockets in 1997.

Mercury Rev also resurfaced in 1997, first appearing on the Chemical Brothers' Dig Your Own Hole, then starting work on their fourth album. To focus on their music, Donahue and Grasshopper relocated to the Catskills, where they wrote songs inspired by their new home base and their favorite children's music, and returned to songs written during the band's infancy. Working at Tarbox Road studio with Fridmann -- who was also recording the Flaming Lips' The Soft Bulletin at the time -- Mercury Rev were joined by the Band's Levon Helm and Garth Hudson as they replaced the feedback and distortion of their previous music with strings, horns, and woodwinds. While they were recording, Mercury Rev signed to V2 Records, which released Deserter's Songs in September 1998. For the first time, the group matched their sizeable critical acclaim with commercial success: The album was a hit in Europe and the U.K., where it was certified gold.

For their next album, Mercury Rev were slated to work with Jack Nitzsche -- famous for his arrangements on many classics of the Phil Spector canon -- until Nitzsche passed away a week before recording began. Expanding on the dramatic blueprint of Deserter's Songs and featuring string arrangements by Tony Visconti, All Is Dream appeared in September 2001. Like its predecessor, it was certified gold in the U.K., and the single "The Dark Is Rising" hit number 16 on the U.K. Singles Chart. The band continued to follow their bliss as the 2000s unfolded. The Secret Migration, a collection of sentimental love songs, reached number 16 on the U.K. Albums Chart when it was released in January 2005. Late 2006/early 2007 was a busy time for the group, with the arrival of the best-of Essential Mercury Rev: Stillness Breathes 1991-2006, the soundtrack Hello Blackbird, and the mix album Back to Mine all arriving at that time.

Mercury Rev moved to Yep Roc for 2008's delicate, largely electronic Snowflake Midnight, which reached number 52 on the U.K. Albums Chart when it arrived that September. The band also released a companion album, Strange Attractor, as a free online download. The following year, Mercury Rev contributed a cover of Miracle Legion's "Sailors and Animals" to Ciao My Shining Star: The Songs of Mark Mulcahy, a benefit album to help Mulcahy continue to make music and raise his family after the sudden death of his wife Melissa in 2008.

Mercury Rev spent the 2010s celebrating their past successes and moving forward. In 2011, a deluxe edition of Deserter's Songs that included rare demos and remixes arrived. The following year, Grasshopper and Donahue resurrected Harmony Rockets for tours of Europe and the United States that resulted in a pair of digital albums, The Crawling Journey of the Serpents Starry Night and Angels Are Spirits, Flames of Fire. Mercury Rev's projects were just as experimental and included performances of Mercury Rev's Cinematic Sound Tettix BrainWave Concerto Experiment at John Zorn's New York City venue The Stone.

The band returned with new music in the form of their October 2015 Bella Union debut, The Light in You, a collection of songs Donahue and Grasshopper largely recorded at their Catskills home base with bassist Anthony Molina and engineer Scott Petito. That year, the group also began their next project, a track-by-track re-creation of Bobbie Gentry's 1968 cult classic album The Delta Sweete. Featuring a roster of female singers that included Lucinda Williams, Norah Jones, Phoebe Bridgers, and Vashti Bunyan, Bobbie Gentry's The Delta Sweete Revisited arrived in February 2019. That November, the band released a deluxe version of All Is Dream that included B-sides, live performances, and other rarities. In September 2020, Mercury Rev gave The Secret Migration a similarly lavish reissue featuring Hello Blackbird among its extra material. The following May's deluxe version of The Snowflake Midnight contained Strange Attractor as well as live recordings and a generous amount of previously unreleased music. ~ Heather Phares & Jason Ankeny, Rovi 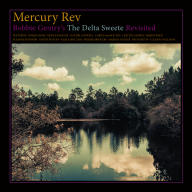 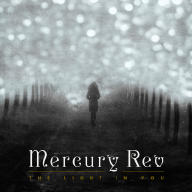 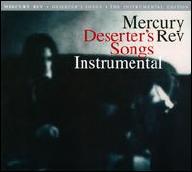 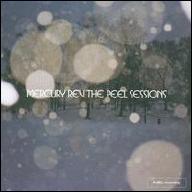 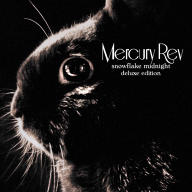 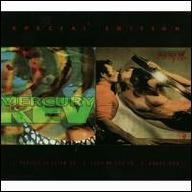 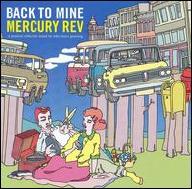 Back to Mine
2006
Videos
Close 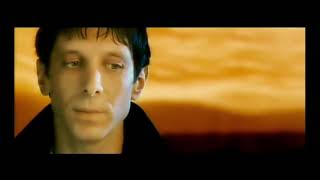 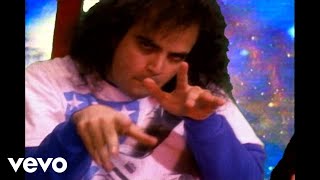 Mercury Rev - Something For Joey 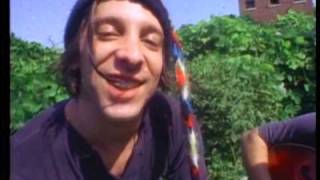 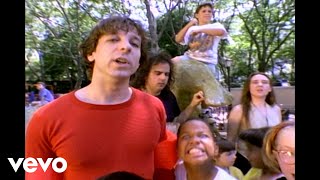 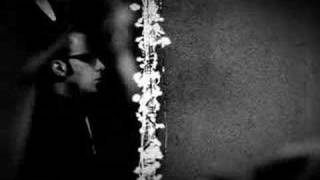 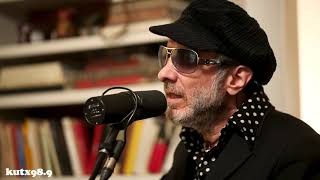 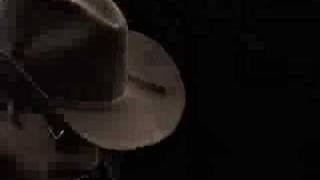