Close
Loretta Lynn
from Butcher Hollow, KY
April 14, 1932 (age 88)
Biography
Few performers in country music have proved as influential and iconic as Loretta Lynn. At a time when women usually took a back seat to men in Nashville, Lynn was a voice of strength, independence, and sometimes defiance, writing and singing songs that spoke to the concerns of working-class women with unapologetic honesty. She could sing of her hardscrabble childhood ("Coal Miner's Daughter"), deal with the realities of relationships ("Fist City," "You Ain't Woman Enough"), deliver proto-feminist anthems ("The Pill"), and explore mature romance (her series of duets with Conway Twitty) and sound perfectly authentic at every turn. Lynn's voice, strong but naturalistic and matched to tough, lively honky tonk arrangements, reinforced the home truths of her songs, and her success blazed trails for other female country artists. As a member of the Grand Ol' Opry and the Country Music Hall of Fame, she's been honored by the country music establishment while still doing things her own way. She was a frequent presence on the country charts from 1960 to 1981, and even as tastes changed and her record sales faded, she continued to be a potent live attraction and a major influence on other artists. And at the age of 72, Lynn was discovered by a new generation of music fans when alternative rock star Jack White, a longtime fan, produced her 2004 album, Van Lear Rose.

As told by her song (and movie and book), Loretta Lynn is a Coal Miner's Daughter, born in Butcher Hollow, Kentucky in 1932. As a child, she sang in church and at a variety of local concerts. In January 1949, she married Oliver "Mooney" Lynn. She was 13 years old at the time. Following their marriage, the couple moved to Custer, Washington, where they raised four children.

After a decade of motherhood, Lynn began performing her own songs in local clubs, backed by a band led by her brother, Jay Lee Webb. In 1960, she signed a contract with Zero Records, which released her debut single, "I'm a Honky Tonk Girl." The honky tonk ballad became a hit thanks to the insistent, independent promotion of Lynn and her husband. The pair would drive from one radio station to the next, getting the DJs to play her single, and sent out thousands of copies to stations. All of the effort paid off -- the single reached number 14 on the charts and attracted the attention of the Wilburn Brothers. The Wilburns hired Lynn to tour with them in 1960 and advised her to relocate to Nashville. She followed their advice and moved to the city in late 1960. After she arrived, she signed with Decca Records, and would work with Owen Bradley, who had produced Patsy Cline, one of Lynn's favorite artists.

Lynn released her first Decca single, "Success," in 1962 and it went straight to number six, beginning a string of Top Ten singles that would run to the end of the decade and throughout the next. She was a hard honky tonk singer for the first half of the '60s, and rarely strayed from the genre. Although she still worked within the confines of honky tonk in the latter half of the decade, her sound became more personal, varied, and ambitious, particularly lyrically.

Beginning with 1966's number two hit "You Ain't Woman Enough," Lynn began writing songs that had a feminist viewpoint, which was unheard of in country music. Her lyrical stance became more autobiographical and realistic as time wore on, highlighted by such hits as "Don't Come Home a Drinkin' (With Lovin' on Your Mind)" (1966), "Your Squaw Is on the Warpath" (1968), "Woman of the World (Leave My World Alone)" (1969), and a tune about birth control called "The Pill" (1974).

Lynn published her autobiography, Coal Miner's Daughter, in 1976. In 1980, the book was adapted for the screen, with Sissy Spacek as Loretta. It was one of the most critically acclaimed and successful films of the year, and Spacek won the Academy Award for her performance. All of the attention surrounding the movie made Lynn a household name within the American mainstream. Although she continued to be a popular concert attraction throughout the '80s, she wasn't able to continue her domination of the country charts. "I Lie," her last Top Ten single, arrived in early 1982, while her last Top 40 single, "Heart Don't Do This to Me," was in 1985. In light of her declining record sales, Lynn backed away from recording frequently during the late '80s and '90s, concentrating on performing instead. In 1993, she recorded the Honky Tonk Angels album with Tammy Wynette and Dolly Parton. Still Country was released in mid-2000. In 2004, Lynn teamed up with White Stripes guitarist Jack White and released Van Lear Rose, which was met with both surprise and awe. The album quickly became popular and Lynn embarked on a tour to support it. Van Lear Rose won two Grammy Awards, including Best Country Album, in 2005.

In 2007, Lynn started recording again, with her daughter Patsy Lynn Russell and John Carter Cash acting as producers. Over the next eight years, she recorded hundreds of songs, and these recordings were whittled down to Full Circle, a full-length album released in March of 2016. The album debuted at four on Billboard's Country Albums chart and 19 on the Top 200 chart. The following October, Lynn released the seasonal White Christmas Blue, which was recorded at the same sessions as Full Circle. 2018's Wouldn't It Be Great was a low-key set designed to showcase Lynn's songwriting, featuring new tunes as well as classics from her songbook. The sessions were produced by Patsy Lynn Russell (Loretta's daughter) and John Carter Cash. ~ Stephen Thomas Erlewine & Mark Deming, Rovi 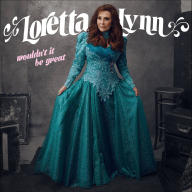 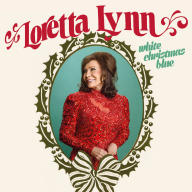 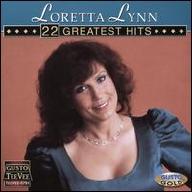 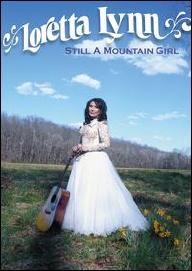 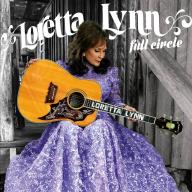 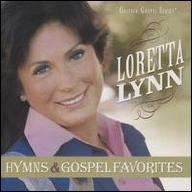 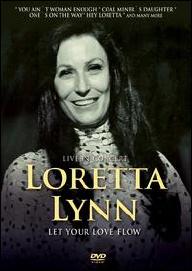 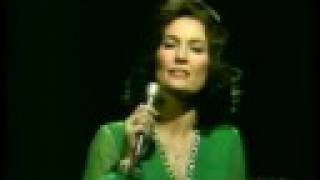 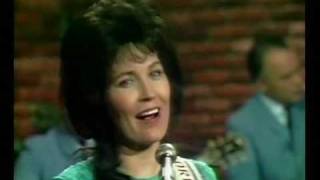 Loretta Lynn - You Ain't Woman Enough (To Take My Man) 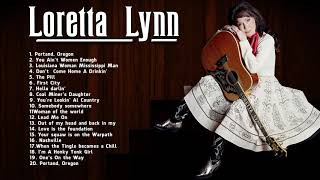 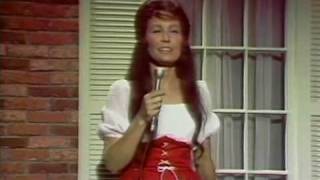 Loretta Lynn - You're Lookin' At Country 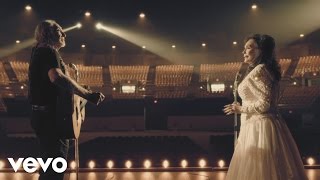 Loretta Lynn - One's On The Way 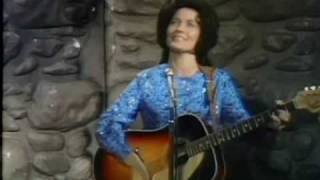