Close
Maurice Gibb
from Douglas, Isle of Man
December 22, 1949 - January 12, 2003 (age 53)
Biography
Maurice Gibb is most closely associated with the Bee Gees, the brother act that he co-founded with his siblings Barry Gibb, three years his senior, and Robin Gibb, a fraternal twin born two hours older than Maurice. In contrast to Barry and Robin, who have shared and alternated the spotlight as lead vocalists, Maurice (pronounced "Morris" in British English) has been almost exclusively a backing vocalist for his four-decade career, providing a key part of the harmony singing for his brothers. In less overtly visible ways, however, he has been essential to the group's sound from the beginning of their recording career -- in addition to sharing arranging chores with his brothers and playing bass on most of their recordings, and in most of the group's live performances for much of their history, he has also played guitar, piano, organ, and Mellotron on their recordings, and even occasionally the drums on their demos. He is also regarded as the trio's resident comedian, with a cunning sense of humor, and a keen appreciation of practical jokes when they were growing up that he reportedly hasn't entirely outgrown as an adult.

Gibb's voice is the least familiar to the public, concentrated as it usually is on backup and harmony singing. The major exception arose during the 1969 split between Robin Gibb and his two brothers, when Barry and Maurice carried on as a two-man version of the Bee Gees. Cucumber Castle, the one album that they completed together before the two of them, in turn, parted company, included a delightful African-flavored number entitled I.O.I.O., which featured Maurice intoning the title throughout, as far forward in the mix as Barry Gibb's lead. Maurice Gibb did begin work on a solo LP, and released a single, Railroad, co-authored by Billy Lawrie, a songwriter and singer, and also the brother of the British pop/rock legend Lulu, who became Maurice's wife in 1969. Gibb handled all of the vocals on the single, covering the high harmonies and the lead in a manner that was impossible not to compare with the Bee Gees -- he later described it as "anticlimactic" on the album Tales from the Brothers Gibb, but he did begin work on a solo LP to have been called "The Loner."

He worked for three months with Billy Lawrie playing and singing, and with guitarist Les Harvey of Stone the Crows, drummer Geoff Bridgeford, and John Coleman and Gerry Shurry, the latter three members of the Australian band Tin Tin -- whose 1970 debut album Maurice Gibb had produced -- filling out what instruments Gibb didn't wish to play himself. Good friend Ringo Starr also participated in the sessions, with Lulu joining in as well, which, alas, only yielded one released song, The Loner. Recorded by Gibb and Lawrie, it was credited to "The Bloomfields" and appeared on the soundtrack of the movie #Bloomfield (aka #The Hero), starring Richard Harris, and was also released on the Pye Records soundtrack LP to the film.

Like the other solo albums begun by his brothers in 1970, Maurice Gibb's LP was never released officially, though large parts of it have appeared on bootlegs over the years. Later in the same year, he and his brothers were able to patch up their differences and resume working together, and there's been little serious talk of "The Loner" ever being issued since then. Gibb was just as vital a part of the group, as a singer and musician, in its post-1970 comeback phase as he had been in their late-'60s era, despite such distractions as his disintegrating marriage to Lulu and periodic problems with alcoholism. He surrendered some of his bass playing chores later in the '70s, but recovered from the alcoholism that afflicted him during this period, and by 1984 was recording solo again. In addition to the single Hold Her in Your Hand, he wrote and recorded the score to Philippe Mora's A Breed Apart in collaboration with arranger/conductor Jimmie Haskell. He later wrote a score (subsequently rejected) for #The Supernaturals and played a small role in the movie as well. Gibb's second marriage, to the former Yvonne Spencerley, has lasted for two decades and reportedly played an essential role in getting him through subsequent difficult periods, including a relapse into alcoholism following the death of his youngest brother, Andy Gibb, in 1988, and the death of his father that same year. His recovery allowed the trio to resume their work together, including the recording of the 1989 album One, which included their comeback American hit with the title track. In January 2003, while receiving treatment for an intestinal blockage, Maurice Gibb suffered cardiac arrest and died. He was 53. ~ Bruce Eder, Rovi 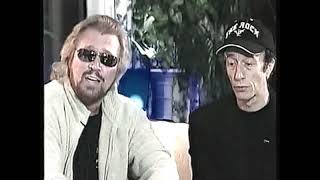 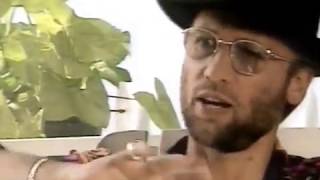 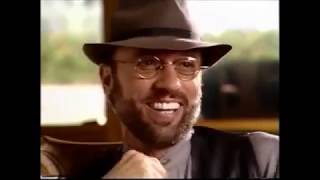 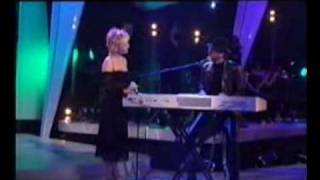 Maurice Gibb on An Audience with Lulu - First Of May 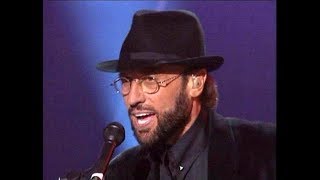 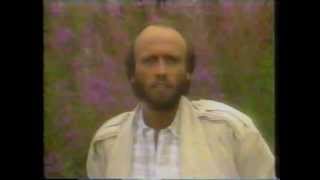 MAURICE GIBB Hold Her In Your Hand -Musicvideo-