Close
Johnny Ramone
from Long Island, NY
October 8, 1948 - September 15, 2004 (age 55)
Biography
Along with the Stooges' Ron Asheton/James Williamson, the New York Dolls' Johnny Thunders, and the Sex Pistols' Steve Jones, the Ramones' Johnny Ramone was one punk rock's first guitar heroes and remains one of the most influential guitarists of the genre. Born John Cummings on October 8, 1948, in Long Island, NY, (and raised in nearby Forest Hills, Queens), Cummings was taken by the rock sounds of the '60s -- Rolling Stones, the Who, etc. -- but discovered a real connection with such proto-punk bands as the Stooges, MC5, and Velvet Underground. It wasn't until the early '70s that a friend (Douglas Colvin) and he purchased their first instruments -- Cummings a Mosrite guitar and Colvin a bass, intent on learning their instruments and forming a band reminiscent of their garage rock heroes. By 1974, the duo had hooked up with local fellow musical upstarts Jeffrey Hyman (vocals) and Tom Erdelyi (drums), and the Ramones were born.

Each member took "Ramone" as their new last name (with Douglas and Jeffrey changing their first names as well, to Dee Dee and Joey, respectively), and began playing a downtown N.Y.C. dive on a regular basis, CBGB's. With all four members dressed like New York street toughs (denim jackets, ripped jeans) and with music that was influenced just as much by the Bay City Rollers than the popular rock of the day, the Ramones stumbled upon a winning combination and instantly built a following -- proving to be a much-needed alternative to what was then popular with the rock record buying public (prog rock, disco, etc.). Johnny's buzz saw guitar riffs and the band's short, simple, yet catchy songs (which were totally devoid of guitar solos) would soon take the world by storm, starting with their classic 1976 self-titled release for Sire, starting off a string of seminal punk releases -- 1977's Leave Home and Rocket to Russia, plus 1978's Road to Ruin, which included some of the genre's most instantly recognizable anthems (Blitzkrieg Bop, Beat on the Brat, Pinhead, Rockaway Beach, "Sheena Is a Punk Rocker," I Wanna Be Sedated, etc.). But a large part of the Ramones experience was the group's explosive stage show, their maniacal energy and straight-ahead approach while ripping through almost 30 songs a set (as witnessed by their stellar 1979 live album, It's Alive) was infectious. Along with such other rising punk bands from CBGB's (namely Blondie, Talking Heads, Dead Boys, Dictators) and across the pond in England (Sex Pistols, the Clash, the Jam, the Damned), the Ramones found themselves as frontrunners of the punk movement.

Johnny and the Ramones continued to crank out albums throughout the '80s and the first half of the '90s, with varying degrees of success and with a revolving door of bandmembers -- Johnny and Joey were the only two constant members. But the band retained their loyal fan base and remained a must-see concert attraction. By the mid-'90s, the quartet decided to pack it up with a farewell tour that included an appearance on the 1996 edition of Lollapalooza. The band's influence has been immense; just about every punk band that sprung up after the Ramones owes the boys from Queens a thing or two (especially the chart-topping punk pop of the '90s: Green Day, Blink 182, Rancid, the Offspring, etc.).

Although Johnny kept a low profile after the group's breakup, there were always rumors and hints going around of a possible reunion, but on April 15, 2001, those dreams were permanently extinguished when Joey Ramone died in a N.Y.C. hospital, after an extended battle with cancer. Although it wasn't public knowledge at the time, Johnny Ramone was also battling cancer. In June of 2004, Johnny was admitted to a Los Angeles hospital for an infection related to prostate cancer, an event that made the news and revealed his condition to the world at large. On September 15, 2004 Johnny Ramone passed away at his home, surrounded by friends and family. ~ Greg Prato, Rovi 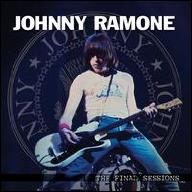 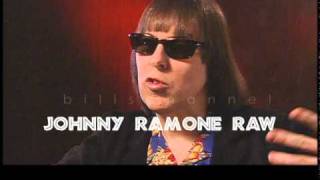 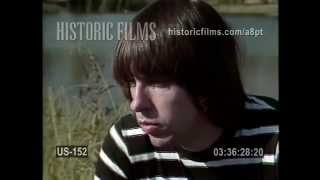 INTERVIEW WITH JOHNNY RAMONE - US FESTIVAL1982 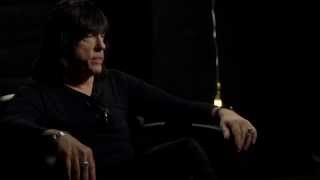 Was Johnny Ramone a Racist? | Marky Ramone on "The Cain Conversation" 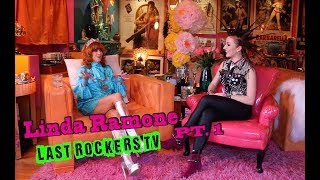 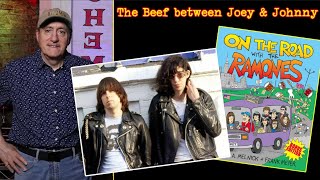 The Beef between Joey Ramone and Johnny Ramone 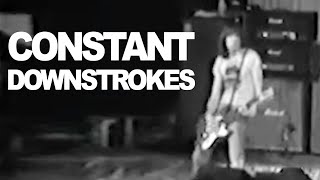 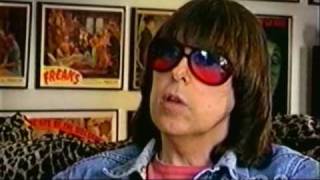