Close
Mark Farner
from Flint, MI
September 29, 1948 (age 72)
Biography
Mark Farner is the heart and soul of the band Grand Funk Railroad, having written and/or sung their most famous songs from the majority of their '70s hits: I'm Your Captain (Closer to Home), Bad Time, Footstompin' Music, Rock Roll Soul, the number one remake of the Little Eva classic The Loco-Motion ( which is everything creatively that a remake should be), a cover of Some Kind of Wonderful, along with a multitude of well-known album tracks, including Hooked on Love, Mean Mistreater, Heartbreaker, to riveting versions of the Stones' Gimme Shelter and Traffic's Feelin' Allright.

He was born in Flint, MI, in 1948, the second-oldest of four children, to Betty and Delton Farner. His first recorded work of note was with Terry Knight the Pack on Lucky Eleven Records, distributed by Cameo/Parkway. In an interview on Visual Radio-Television taped August 31, 2001, at the Mohegan Sun Casino in Connecticut, Farner reminisced when he was shown a copy of Monumental Funk.

"This is a bootleg...it's Pack music...Otis Ellis who owned Lucky Eleven Records...who did the deal with Cameo/Parkway...he always had the 'Michigan bankroll' with the rubber band around it, put the hundred dollar bills on the outside and have about 50 or 60 one-dollar bills on the inside, just a big wad. This is an album that they put out...the old manager Jim Atherton that managed the Pack was in cahoots with him on this. Jim's my friend today and I don't begrudge that those guys tried to make some money off us. At the time, we hated their guts, but now bygones are bygones, friends are friends, love always finds it's way back to the heart even though you may be temporarily disliking someone. If you really love 'em you'll be back together with 'em, you know?"

The authorized biography of Mark Farner, From Grand Funk to Grace, was published in 2002 by Collectors Guide Publishing in Canada. As Farner said it has "the facts, the whole truth and nothing but the truth." Of his biographer, Beatles Undercover author Kristofer Engelhardt, Farner says "He's thorough...a very thorough guy. He should've been a P.I." The first 200 pages cover Farner's life from the loss of his father at age nine to how he developed as a musician. There are details on his marriages, his children and grandchildren, work with Terry Knight during their time together in the Pack, as well as Knight's management of the group and the eventual split and lawsuit. In a very bold move for a biography, Farner's views on politics, religion, and his philosophy on life in general -- which his biographer said are "more to the right than Ted Nugent -- give a very sharp picture of an individual who is passionate about his ideals, a man who sticks to his guns.

Engelhardt spoke with All Media Guide in February of 2002 and stated: "The man is definitely a dichotomy. But he is a very good soul at heart." The man who has stood on-stage in front of millions is completely charming when you stand in his presence, not the imposing larger than life image one might expect from the guy who fronted a group which, next to the Beach Boys, Creedence Clearwater Revival, Aerosmith, and the Doors, is one of America's most important and influential popular bands.

Before an August 2001 performance, Farner, along with younger brother Rick Farner, and current members of the Mark Farner Band gathered together to pray, joining hands with their road manager and dedicating their performance with a loud "All for Jesus." Farner's stage presence in 2001 was as on target and powerful as when he appeared at the Boston Garden with Grand Funk Railroad in the '70s, and with other versions of the Mark Farner Band on the road in the '80s and '90s. In the book, Engelhardt said the song I'm Your Captain "could just as well have been an unknowing plea from Mark to be closer to home and released from the oppression of Terry Knight." But it could also be viewed as an anthem of the bandleader as his manager, ghosts from the past, and bandmembers push the ship this way and that.

Grand Funk Railroad has had reunions, but band business gets complex as time marches on. Grand Funk without Farner is like Creedence Clearwater Revisited, which has the guitarist from the Cars but no John Fogerty. "All the king's horses and all the king's men"...somehow it's just not the same. Don Brewer and Mel Schacher were part of Flint in 1978 but choose to use the name Grand Funk touring in the new millennium (as they are two-thirds of the corporation). Even with the name, they do not have the marquee value of the original singer.

In the 1990s, Farner created Lismark Communications with former Freedom Reader editor Steve Lisuk, re-releasing his solo Atlantic albums and some of his critically acclaimed Christian music on his own imprint, LisMark Records. They also have the rights to the aforementioned Flint album released by Craig Frost, Mel Schacher, and Don Brewer with performances by Todd Rundgren and Frank Zappa. They are keeping the legacy alive by re-releasing as much music pertinent to Farner's career as possible. His 2002 CD single, Red, White and Blue, features a version of Closer to Home with brother Rick Farner and the singer on acoustic guitars. Lismark also has a set of discs of the Pack and Mark Farner rarities that are companion pieces to the Capitol Records Grand Funk box set.

Farner's vision is what the public has come to expect when they see Grand Funk Railroad in performance, and the trio's legacy goes beyond their selling out Shea Stadium quicker than the Beatles or the mammoth billboard that adorned Manhattan. When you consider that Farner's band gave a platform to legendary blues artist Freddie King during the height of their fame, bringing him to an audience who may never have known his music and immortalizing him in the song We're an American Band (the number one hit credited only to drummer Brewer), it is easy to see their influence was far greater than the critics of the day ever cared to admit. We're an American Band is a song that never would have charted or sounded as it does without Farner's intro and the catalog established by his unique singing and passionate songwriting. Wet Willie, Humble Pie, and Mott the Hoople were also groups who benefited by performing with the enormously popular GFR, while many a garage band cut their chops on the bar chords of Heartbreaker or attempted to discover the musical nuances of I'm Your Captain. The man who was one of the biggest-selling rock artists of the '70s has his own website, www.markfarner.com, which continues to spread the gospel of his music and his faith. ~ Joe Viglione, Rovi 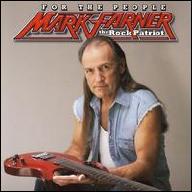 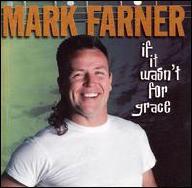 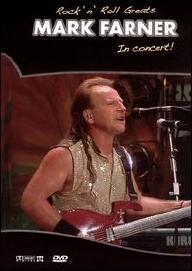 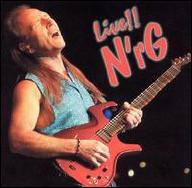 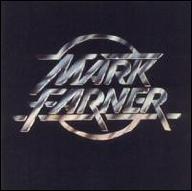 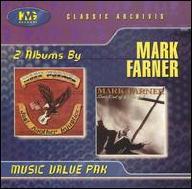 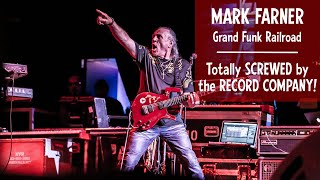 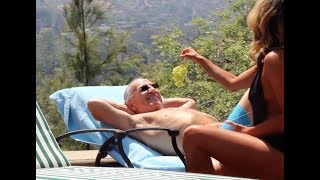 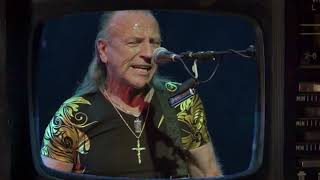 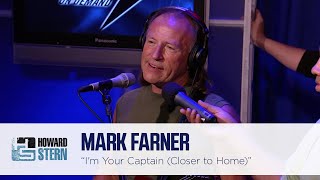 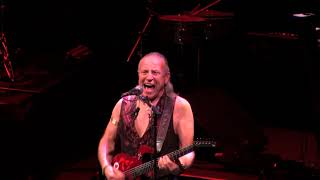 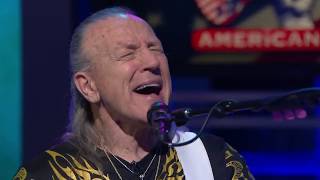