Close
Terry Lewis
from Omaha, NE
November 21, 1956 (age 64)
Biography
In collaboration with partner Jimmy Jam, Terry Lewis emerged as one of the most successful producers and writers of the 1980s, his long history of pace-setting RB, club, and pop hits reaching its apex on a series of smash records for Janet Jackson. Born November 21, 1956, in Omaha, NE, he first met Jam (then James Harris III) while attending high school in Minneapolis, and together they formed Flyte Tyme, a popular Twin Cities band that in 1981 evolved into the Time, a group led by Prince protégé Morris Day. Shortly after the release of the Time's Prince-produced eponymous debut LP, Jam and Lewis formed Flyte Time Productions. In March 1983, while touring with the Time in support of Prince, the duo took advantage of a short break in their schedule to fly to Atlanta to produce a handful of tracks for the S.O.S. Band's On the Rise LP. After a freak blizzard left Jam and Lewis stranded in Georgia and unable to make it to the next Time show, Prince dismissed them from the band; fortunately, their S.O.S. Band track Just Be Good to Me soon became a smash and their career as producers was well on its way.

In quick succession, Jam and Lewis scored RB hits for the likes of Gladys Knight, Patti Austin, Thelma Houston, and Klymaxx, their signature sound -- lush yet sleek, street-smart yet urbane -- immediately coming into focus. In 1985, they began their collaboration with Jackson, who at the time was struggling to step out of the shadow of her famous musical family, most notably pop icon brother Michael. The album that resulted, 1986's chart-topping Control, made Jackson a superstar, its cutting-edge grooves yielding a string of mammoth hits, including What Have You Done for Me Lately?, Nasty, When I Think of You, The Pleasure Principle, Let's Wait Awhile, and the title track. The breakthrough success of Control earned Jam and Lewis a Grammy Award as Producers of the Year and they followed with the Human League's chart-topping comeback smash Human; hits for the Force M.D.'s (Tender Love) and Herb Alpert (Keep Your Eye on Me) were quickly forthcoming, and the duo even produced tracks for Pia Zadora.

In 1989, Jam and Lewis reunited with Jackson for Rhythm Nation 1814, which proved so successful that it even surpassed the sales of Control. Again, an onslaught of Top Ten hit singles followed, among them the number one triumphs Miss You Much, Escapade, and Black Cat. From there, the duo went on to work with New Edition, not only helming the group's 1989 LP Heart Break but also producing material for the 1990 solo debuts from members Johnny Gill and Ralph Tresvant. A year later, Jam and Lewis founded Perspective, a label backed by AM Records; its inaugural release, the Sounds of Blackness' The Evolution of Gospel, won a Grammy. For Lewis' wife, Karyn White, they also produced 1991's Ritual of Love, which generated the chart-topping Romantic. Jackson's janet. followed in 1993, debuting at the top of the charts on the strength of the number one hit That's the Way Love Goes. Work for Michael Jackson, Boyz II Men, Mary J. Blige, and Vanessa Williams followed before Jam and Lewis rejoined Janet Jackson for 1997's The Velvet Rope. ~ Jason Ankeny, Rovi 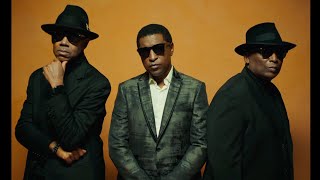 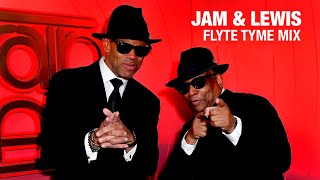 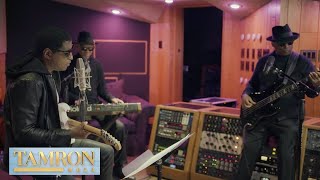 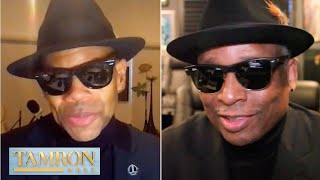 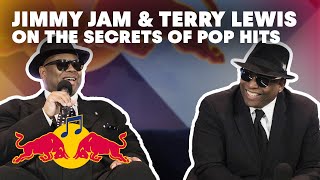 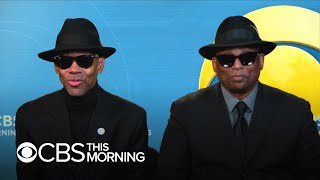 Legendary songwriters Jimmy Jam and Terry Lewis on their first album under their names
Available here: