Close
Siouxsie Sioux
from London, England
May 27, 1957 (age 64)
Biography
One of the most influential British females of the rock era was born Susan Janet Ballion in London, England, on May 27, 1957. The music of this pioneering punk princess married gothic tones to world rhythms within a chilly new romantic framework. At age 19, Siouxsie Sioux appeared at the 100 Club Punk Festival, singing the Bay City Rollers' "Young Love" and an elongated version of "The Lord's Prayer" (with bassist Steve Severin, future Ant guitarist Marco Pirroni, and Sid Vicious on drums). The immediately assembled band hurriedly named themselves for the gig -- Sioux christened such because she hated cowboys, with the band honoring Vincent Price in Cry of the Banshee. Sioux and Severin also ran with the notorious Bromley Contingent, a nasty clique among the first to follow the Sex Pistols. She verbally sparred with Bill Grundy before the Sex Pistols swore at him on the Today show. Following the broadcast, Sioux put together her own working band, with Severin, Pete Fenton on guitar, and Ken Morris playing drums. Sioux at first dabbled in Nazi imagery, highlighted by black makeup and peek-a-boo breasts. In 1977, John McKay replaced Fenton and Siouxsie and the Banshees recorded a John Peel session and supported Johnny Thunders on tour.

Signed to Polydor a year later, the group's first single, "Hong Kong Garden," reached the U.K. Top Ten. The following debut record, Scream, produced by future perfectionist Steve Lillywhite, was recorded in seven days, but set the standard against which all subsequent Banshee releases would be measured. In 1981, Juju hit the U.K. Top Ten, and Budgie (Peter Clarke) from Big in Japan and the Slits now played the skins permanently. Sioux and Budgie formed a percussion-crazed offshoot called the Creatures. A cover of the Troggs' garage staple drives the Wild Things EP by the Creatures. The full-length Feat attempts Hawaiian and marimba. Back with the Banshees, Sioux and company covered "Dear Prudence" and snagged another U.K. smash, featured on 1984's Hyaena. The album's lyrics remained sour with cuts like "Bring Me the Head of a Preacher Man" and "Pointing Bone," but her singing reached surprisingly sublime plateaus (as on the haunting "Dazzle").

The music now courted a sophisticated gloss corresponding with Sioux's detached image of splendor. Her frigid sexuality and Brecht-ian aloofness created a vampiric dominatrix who struck a cord with the hip and the alienated. As the icy video age dragged on, soon anyone with a TV screen knew of Sioux. Moonlighting Cure mastermind Robert Smith, ex-Magazine member John McGeoch, and John Carruthers, formerly of Clock DVA, all played guitar through the band's extended commercial and artistic renaissance. At the dawn of the '90s, Sioux married Budgie, and the Banshees performed in the inaugural Lollapalooza tour. Siouxsie and the Banshees still embraced many Eastern nuances, but configured all eccentricity into a complex commercial capacity. The Banshees even supplied sonics for Batman Returns.

Sioux now evolved into an unreachable Hollywood starlet. The long-delayed Rapture appeared to sell-out accusations in 1996. With the Sex Pistols reuniting for purely monetary reasons, Siouxsie and the Banshees folded in an effort to disappear with dignity. The Creatures became the primary focus of Sioux and Budgie. In addition to 1989's Boomerang, the Creatures released another EP, Eraser Cuts, the full-length Anima Animus, and a remix collection, Hybrids. U.S. Retrace, dropped in 2000, collects unrecorded Creatures' scraps. It wasn't until years later, however, that the iconic frontwoman finally released her solo full-length debut, Mantaray, which appeared in 2007. ~ Doug Stone, Rovi 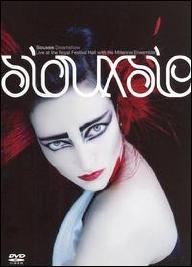 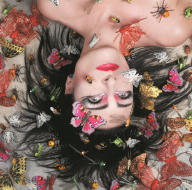 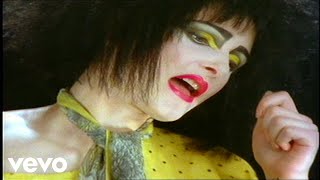 Siouxsie And The Banshees - Spellbound 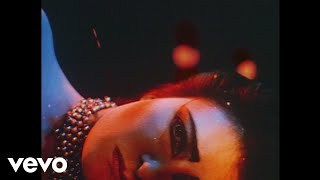 Siouxsie And The Banshees - Cities In Dust 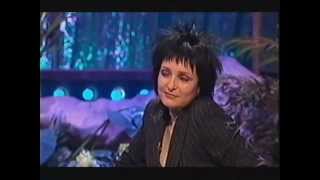 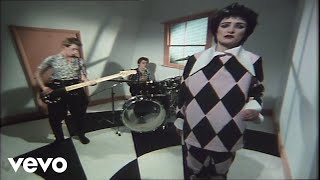 Siouxsie And The Banshees - Happy House 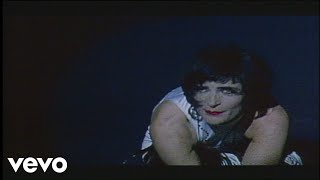 Siouxsie And The Banshees - Peek-A-Boo 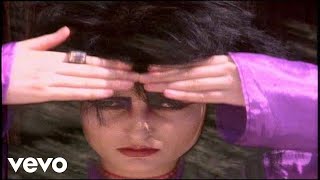 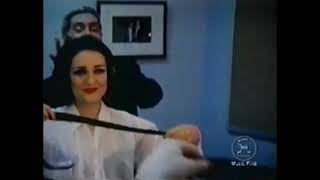 Siouxsie and the banshees - where are they now? (late 90s television)
Available here: