Close
Don McLean
from New Rochelle, NY
October 2, 1945 (age 75)
Biography
Don McLean released his debut album, Tapestry, at the dawn of the 1970s when the hangover haze of the 1960s still lingered strongly in the air. McLean specialized in that netherworld between '60s coffeehouse folk and '70s introspection, navigating the distance between confessional singer/songwriter and MOR pop. He'd never abandon this aesthetic, crafting a handsome, modest body of work over the course of nearly five decades, but he'd always be known for "American Pie," his fluke 1971 chart-topper. A long, winding elegy for rock & roll, "American Pie" spent four weeks on the Billboard charts but that smash success was eclipsed by its enduring afterlife in the culture, where it served as the fodder for nostalgia and parodies for decades, eventually earning entry into the National Recording Registry in 2017. So strong was the allure of "American Pie" that it suggested McLean only had one charting hit, which isn't true: its follow-up, "Vincent," peaked at 12, and throughout the '70s he was a mainstay on Billboard's adult contemporary charts, culminating in his final crossover hit in the form of a 1980 cover of Roy Orbison's "Crying." McLean faded from the charts not long after that, but he'd keep touring and recording all the way into the 2010s, relying as much on affection for his entire catalog as he did on "American Pie."

Born and raised in New Rochelle, New York, Don McLean fell in love with folk as a teenager, thanks in part to the Weavers' seminal At Carnegie Hall album. Following his 1963 graduation from Iona Preparatory School, he spent a few months at Villanova University before becoming a part-time student so he could devote himself to folk music. He became a regular at the Gaslight Café and the Bitter End, making his way out to the Troubadour in Los Angeles, playing gigs wherever they arose. In 1968, he earned a grant from the New York State Council of the Arts and, not long afterward, his connection with Weavers leader Pete Seeger deepened as McLean supported Seeger on his 1969 Clearwater boat trip on the Hudson.

McLean recorded his debut, Tapestry, on his own dime in 1969, eventually landing the album on MediaArts. "Castles in the Air," the record's first single, made it to 40 on Billboard's easy listening charts; it also contained "And I Love You So," which would become a number one easy listening hit for Perry Como in 1973. By that point, United Artists acquired MediaArts and UA put out American Pie, McLean's second album, in 1971. Its title track was pulled as the first single, and by January 1972 it reached the top of Billboard's Hot 100. "Vincent," a delicate ode to Vincent Van Gogh, reached number 12 later in 1972.

Don McLean's self-titled third album followed in 1973 but it didn't replicate the success of American Pie; its first single, "Dreidel," peaked at seven on the easy listening chart and 21 on the Top 40, with "If We Try" reaching 12 on the easy listening chart. The 1973 covers album Playin' Favorites emphasized McLean's folk roots, which is the reason it didn't generate any pop hits, but it nevertheless stalled his career. The Joel Dorn-produced 1974 LP Homeless Brother couldn't go beyond 120 on Billboard's Top 200, while the live 1976 set Solo failed to chart.

McLean moved to Arista Records, releasing Prime Time in 1977; it also didn't chart. Chain Lightning, its successor, didn't see American release upon its 1978 arrival, but after his cover of Roy Orbison's "Crying" reached number one in the U.K. in 1980, the album appeared in the U.S. "Crying" proved to be a big hit in the U.S. too, reaching number five. The album's 1981 sequel, Believers, generated an easy listening hit in a new version of his first single, "Castles in the Air," thereby providing a nice bookend to his career as a pop hitmaker.

McLean didn't record during the mid-'80s, but he resurfaced in 1987, first with Greatest Hits Then Now and then the Capitol studio album Love Tracks, which targeted a country audience; "You Can't Blame the Train" went to 49 on Billboard's country charts. In 1989 he recorded the covers album For the Memories, then signed to Curb in 1991; that year, he released the seasonal set Christmas and the studio album Headroom. He left the label after 1995's The River of Love, which was his first collection of original songs in eight years.

Hip-O put out Christmas Dreams, his second holiday album, in 1997. He moved to Madacy in 2001, with the label releasing the tribute Sings Marty Robbins and the live album Starry Starry Night that year. McLean released two independent albums in 2003 -- You've Got to Share: Songs for Children and The Western Album -- with a third seasonal album, Christmastime!, appearing in 2004. Hyena released Rearview Mirror: An American Musical Journey in 2005, with 2009 bringing Addicted to Black, his first collection of original songs since 1995. A largely live set called Don McLean: American Troubadour arrived in 2012, followed by Live in Manchester, the 2014 archival release of a 1991 gig. McLean returned in 2018 with Botanical Gardens, an album of originals recorded at Nashville's Watershed Studios. ~ Stephen Thomas Erlewine, Rovi 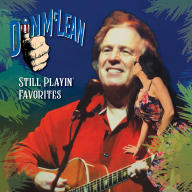 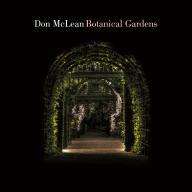 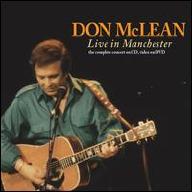 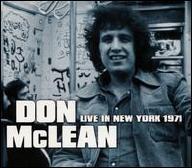 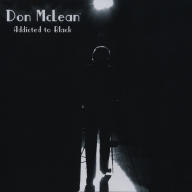 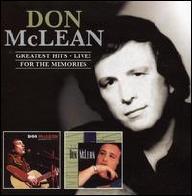 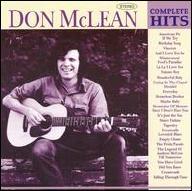 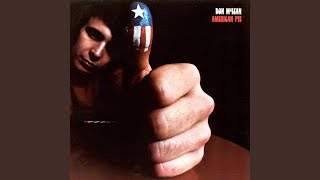 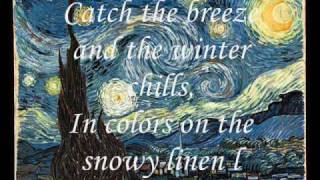 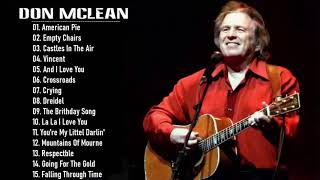 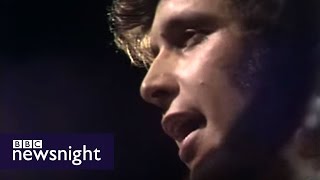 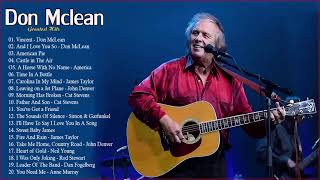 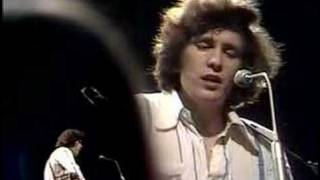