Watson had started his musical career as a member of the Percolating Puppies and later the Four Riff Brothers, which would by 1934 evolve into the Ink Spots. With the addition of Bill Kenny to the Ink Spots, over time their previous swing-jive style migrated to an almost exclusive output of ballads featuring Kenny's high-tenor lead. The shift of the spotlight to Kenny and other issues within the group, including concern over Watson's performance mannerisms, caused Deek Watson to break away. Initially he tried to form a competing Ink Spots group, but when the courts quelled that attempt, he settled for a new group with a similar-sounding name; thus the Brown Dots were born. Besides Watson, the original Brown Dots group included Joe King, Pat Best, and Jimmy Gordon. By late 1944/early 1945, this aggregation recorded four sides for the Manor label. Among these was their best-known tune, For Sentimental Reasons. The song was an original tune, credited to Watson and Best, and featured Joe King on lead. Pat Best indicates that although Watson shares writing credits with him, the song was entirely Best's creation.

Jimmy Nabbie soon replaced Joe King and this revised Brown Dots group recorded seven more singles for Manor. These sides were released in 1945-1946. Among these was another version of For Sentimental Reasons with Nabbie handling the lead-vocal chores. During this period, two other ballads stand out, the Nabbie lead Surrender and Rumors Are Flying with Pat Best on lead vocals. 1946 proved to be a busy year for Deek Watson and the Brown Dots, as they also made appearances in two feature films. They can be seen performing in #Boy, What a Girl as well as #Sepia Cinderella.

Following this breach, Watson assembled another Brown Dots group that released three more singles for Manor in 1949 as well as backing Manor artist Gwen Bell on two sides. There seems to be no information available as to the personnel of this version of the Brown Dots. Most memorable of these releases is the ballad At Our Fireplace. Watson also had a single release as Deek Watson the Four Dots on the Castle label. The ballad side, Strange as It Seems, is the winner of this pairing. Dating on this release is a bit sketchy. Most consider this side to have been issued in the 1948-1949 time frame. The existence of a Castle 45 of the disc could suggest a later issue date or may just be a later pressing.

Watson later regained the right to use the Ink Spots' name, and with varying personnel continued to perform through the late '60s. Deek Watson passed away in 1969. A Flyright import CD is available that contains most of the Brown Dots' recorded material. The last three tracks of the CD are by the Sentimentalists/Four Tunes, although not identified as such on the CD. The Brown Dots are significant in their own right, but also for their place as a musical bridge between the Ink Spots and the Four Tunes. ~ Jim Dunn, Rovi 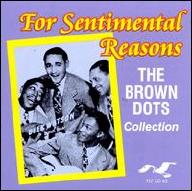 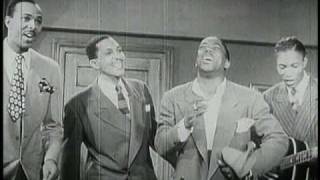 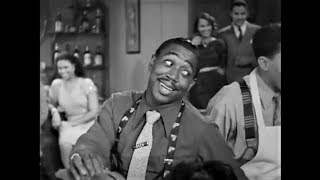 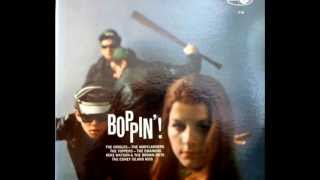 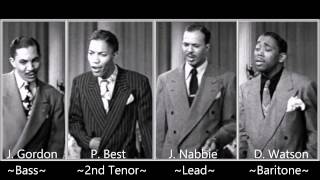 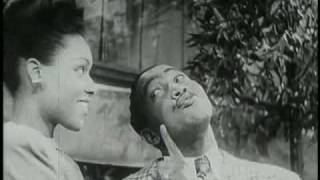 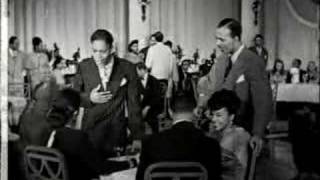 Deek Watson And His Brown Dots--Is It Right
Available here: