Close
Ben Folds
from Winston-Salem, NC
September 12, 1966 (age 55)
Biography
American singer, songwriter, and producer Ben Folds emerged in the mid-'90s as the leader of the power pop trio Ben Folds Five, before striking out on a successful solo career in 2001. His knack for crafting engaging melodies paired with lyrics that can go from heartbreakingly earnest to biting and sarcastic helped to fuel his slow dive into the mainstream, from piano-climbing college rock upstart to commercial crooner and likable (and knowledgeable) co-judge on NBC's hit a cappella singing competition series The Sing-Off. Since debuting in 1995 with the eponymous Ben Folds Five, Folds has released a string of acclaimed albums, including the platinum-selling Whatever and Ever Amen (1997), the chart-topping Songs for Silverman (2005) and Way to Normal (2008), and The Sound of the Life of the Mind (2012), the latter of which saw him reconvening Ben Folds Five and skillfully merging his snarky, punk-infused past with the more accessible, ballad-heavy output of his solo career. In addition to his own work, Folds has collaborated with a wide array of artists, including William Shatner, Sara Bareilles, and Regina Spektor, and authors Nick Hornby and Neil Gaiman.

Following a late-'80s stint playing bass for the band Majosha, the North Carolina native spent several years in Nashville working largely as a session drummer. Folds dabbled in acting after relocating to New York, while performing solo gigs around the city and further developing his piano and songwriting skills.

Moving back to North Carolina, in 1994 Folds formed Ben Folds Five, a trio that also included bassist Robert Sledge and drummer Darren Jessee. Whereas most alternative bands of the '90s specialized in distorted teen-angst rock, the guitarless trio was a refreshing break from the norm, its sound akin to such past power popsters as Todd Rundgren, Jellyfish, and early Joe Jackson, and such piano-driven artists as Billy Joel and early Elton John. But like punk bands, Ben Folds Five put on a high-energy, blistering live show. Their self-titled debut arrived in 1995 on Caroline Records, yielding their first cult hit, "Underground." With some help from MTV's 120 Minutes and plenty of touring, the band generated enough buzz to land a deal with Epic Records, which released their follow-up.

Released in 1997, Whatever and Ever Amen proved to be Ben Folds Five's commercial breakthrough, thanks in part to the single "Brick." Unlike the majority of Ben Folds Five's material, which was upbeat, the song contained melancholic music and vocals, as the lyrics told the story of a teenage couple who decide to get an abortion, a story later confirmed by Folds to be autobiographical. Eventually going platinum in the U.S., Whatever also fared similarly abroad, particularly in Australia and Japan.

While 1998 didn't see a new studio album by the band, their former label, Caroline, issued a 16-track rarities collection (Naked Baby Photos), while Folds released his first solo album, Volume 1, under the pseudonym Fear of Pop. Although the solo effort went largely unnoticed, it included the song "In Love," which featured some melodramatic vocals from none other than Captain Kirk himself, William Shatner, and which was performed on The Conan O'Brien Show shortly after the album's release. Ben Folds Five regrouped with 1999's The Unauthorized Biography of Reinhold Messner, which was a more mature work than its predecessors, and featured some of Folds' strongest songwriting to date. It would also prove to be the band's last record for over a decade.

Folds made his official solo debut with Rockin' the Suburbs, a more diversely arranged set that arrived in late 2001. A 2003 live effort, Ben Folds Live, was followed by a series of EPs before Folds returned to the piano trio format with the introspective Songs for Silverman in 2005. He released Supersunnyspeedgraphic: The LP in 2006, followed by the full-length Way to Normal in 2008. That same year saw a reunion show by Ben Folds Five during which they performed their third album in its entirety. In 2009, Folds contributed two songs to University A Cappella!, a collection of covers of some of Folds' best tracks by various university groups. Continuing to branch out in various directions, Folds joined NBC's a cappella talent show The Sing-Off as one of the judges, a job he would hold for three seasons. Lonely Avenue, a collaboration with British novelist/essayist Nick Hornby (High Fidelity, About a Boy), arrived in 2010, followed by the 18-track Retrospective: The Best Imitation of Myself 1995-2011, which represented Folds' first U.S. career overview. The compilation included a new song with the original Ben Folds Five, who re-formed the following year and released their fourth studio album, The Sound of the Life of the Mind, followed by Ben Folds Five Live in 2013.

In 2015, Folds released So There, an eight-track collection of chamber pop originals that he recorded with New York City-based classical sextet yMusic. The album also included a performance of his "Concerto for Piano and Orchestra" with the Nashville Symphony. The album reached number one on Billboard's classical and classical crossover charts. Over the following years, Folds issued a pair of live albums, In Concert 2015-2016 and Live in Perth, the latter recorded with the West Australian Symphony Orchestra. In 2018 Edsel issued the exhaustive Brick: The Songs of Ben Folds 1995–2012, a 13-disc box set that included all four Ben Folds Five albums, all of his solo albums (up until 2012), live recordings, B-sides, and other bonus material. ~ Greg Prato, Rovi 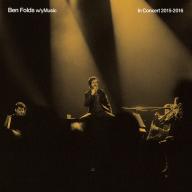 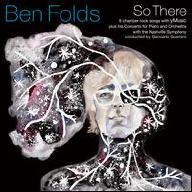 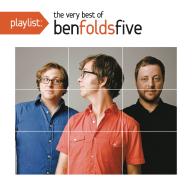 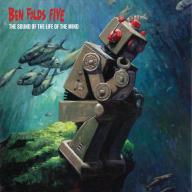 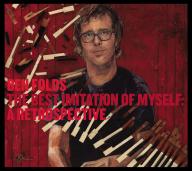 The Best Imitation Of Myself: A Retrospective
2011
Videos
Close 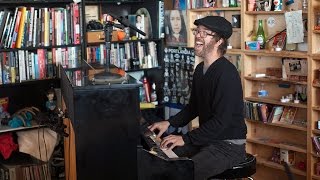 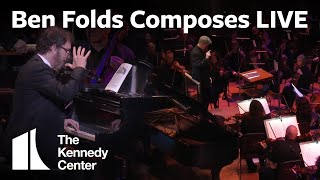 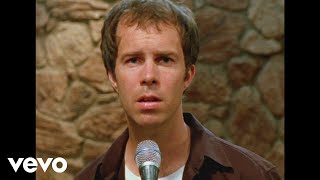 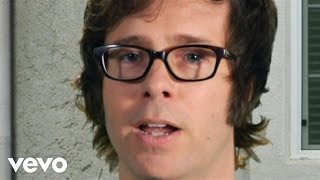 Ben Folds - You Don't Know Me 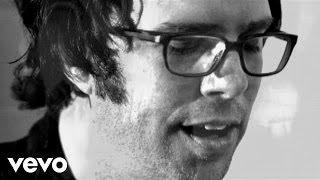 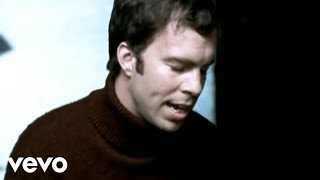 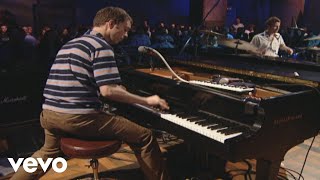