Close
Cass Elliot
from Baltimore, MD
September 19, 1941 - July 29, 1974 (age 32)
Biography
Best-known as one of the singers of the renowned '60s psychedelic pop outfit the Mamas the Papas, Cass Elliot (or Mama Cass), was born Ellen Naomi Cohen on September 19, 1941, in Baltimore, MD, but grew up in Washington, D.C. It was during her senior year in high school that Elliot began singing (as well as acting), relocating to New York City by the early '60s and eventually touring in a production of +The Music Man. With the folk music movement sweeping the nation around this time, Elliot formed the Big Three with other members Tim Rose and James Hendricks, issuing a few underappreciated albums (Live at the Recording Studio, The Big 3). The group eventually metamorphosized into the Mugwumps after Rose was replaced by a few other members, including Denny Doherty, but with only an obscure single to show for their hard work, the Mugwumps were kaput by 1964. To make a long story short, Elliot and Doherty eventually teamed up with the husband/wife team of John and Michelle Phillips, forming the Mamas the Papas by the mid-'60s. Although the group would only remain together for a few short years, their impact on the rock music world was great, resulting in such classic hit singles as California Dreamin', Monday Monday, and I Saw Her Again, among others.

Upon the group's breakup in 1968, Elliot launched a solo career, issuing such albums as 1968's Dream a Little Dream of Me, 1969's Bubble Gum, Lemonade, Something for Mama and Make Your Own Kind of Music, 1970's Mama's Big Ones, 1971's Dave Mason Cass Elliot, 1972's The Road Is No Place for a Lady, and finally, 1973's Don't Call Me Mama Anymore. In addition, Elliot hosted two prime time TV specials of her own in 1969 and 1973, and appeared on numerous TV shows in the early '70s (including co-hosting #The Tonight Show, as well as programs by Mike Douglas, Johnny Cash, Ed Sullivan, Carol Burnett, Tom Jones, and Red Skelton). But tragedy struck on July 29, 1974, as Elliot died from a heart attack in London during a sold-out, two-week engagement at the London Palladium. But Elliot's contributions to rock music didn't go unnoticed as the Mamas the Papas were inducted into the Rock and Roll Hall of Fame in 1998 (with Elliot's only child, Owen, accepting the award at the ceremony for her late mother). ~ Greg Prato, Rovi 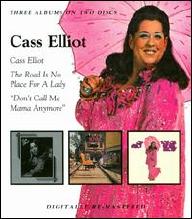 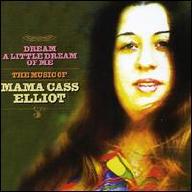 Dream a Little Dream of Me: The Music of Mama Cass Elliot
2005 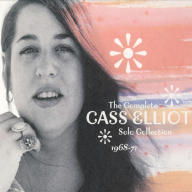 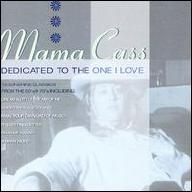 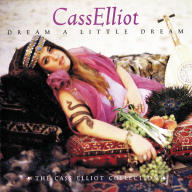 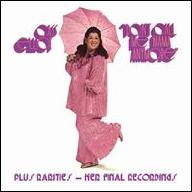 Road Is No Place for a Lady
1972
Videos
Close 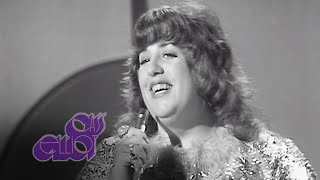 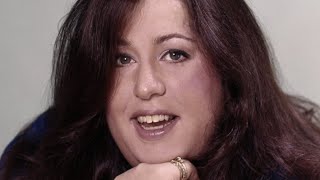 The Tragic Death Of The Mamas And The Papas' Cass Elliot 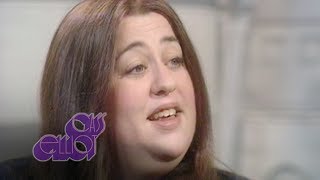 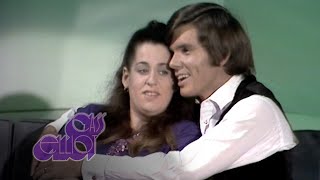 Cass Elliot - Dream A Little Dream Of Me