Close
Bob Mould
from Malone, NY
October 16, 1960 (age 61)
Biography
Bob Mould began his career as one of the angry upstarts of the hardcore punk scene, and over several decades he's matured into one of the elder statesmen of alternative rock without giving up his integrity, his intelligence, or the fierce passion of his best music. In the early '80s, Mould emerged as one of the founding members of Hüsker Dü, a Minneapolis-based punk band who blended furiously fast tempos with melodic pop structures on influential, groundbreaking albums like 1984's Zen Arcade and 1985's New Day Rising. After the breakup of Hüsker Dü, Mould launched a solo career with 1989's introspective, largely acoustic Workbook, but soon returned to a hard, angry sound on 1990's Black Sheets of Rain. In 1992, Mould formed another band, Sugar, who picked up where the pop-oriented sound of Hüsker Dü left off on albums like 1992's Copper Blue and 1994's File Under: Easy Listening. After Sugar split up in 1995, Mould returned to solo work, dividing his time between guitar-oriented efforts like 1998's The Last Dog and Pony Show and projects like 2002's Modulate that reflected his growing interest in electronic music. Mould walked a middle ground between the two styles on 2008's District Line, but with 2012's Silver Age, he recommitted himself to fluid but aggressive rock. It was the first in a series of albums that reaffirmed his status as one of indie rock's strongest talents, and 2019's Sunshine Rock and 2020's Blue Hearts were celebrated as some of the best music of his life.

Bob Mould was born in Malone, New York, on October 16, 1960. He cut his teeth musically listening to singles his father bought used from a jukebox distributor, and in his early teens he picked up the guitar. Mould got a copy of the Ramones' first album for his 16th birthday, and he soon immersed himself in punk rock. He moved to Minnesota to attend Macalester University in the St. Paul-Minnesota area, and there he met a fellow music fan named Grant Hart. Mould and Hart formed Hüsker Dü in 1979, and they released their first album, a loud and frantic live effort titled Land Speed Record, in 1981. After they signed to SST Records, Hüsker Dü became more musically ambitious, and musically and lyrically, 1984's Zen Arcade was a major critical breakthrough that opened the band to an audience outside the hardcore underground. In 1986, Hüsker Dü became one of the first bands who came up from hardcore to sign to a major label when they inked with Warner Bros. for the album Candy Apple Grey. 1987's Warehouse: Songs and Stories helped expand their audience, but personal difficulties and strife within the group had taken a serious toll, and by the end of that year, Hüsker Dü fell apart.

After the band split up, Mould signed a solo contract with Virgin Records in 1988. The following year, he released his first solo album, Workbook, which represented a major shift in sonic direction. Workbook was an introspective collection, featuring keyboards, acoustic guitars, and even strings. The record received excellent reviews and spent 14 weeks on the charts, peaking at 127; "See a Little Light" became a Top Ten modern rock hit. Mould returned to loud, guitar-driven rock on his second solo album, 1990's Black Sheets of Rain. Featuring the Top Ten modern rock hit "It's Too Late," Black Sheets of Rain received mixed reviews.

Frustrated with the business operations of major record labels, Mould left Virgin after the release of Black Sheets of Rain; they would later release a compilation drawn from the two albums, Poison Years. Mould then formed an independent record company, SOL (Singles Only Label), which released 45s from new, developing acts as well as cult bands. In 1992, he formed a new trio, Sugar, with bassist David Barbe and drummer Malcolm Travis; the band signed with Rykodisc in the U.S. and Creation in the U.K. Sugar's first album, Copper Blue, was released in the fall of 1992 to enthusiastic reviews and became Mould's most successful project to date. Copper Blue nearly went gold and spawned several alternative radio and MTV hits, including "Helpless" and "If I Can't Change Your Mind." In the spring of 1993, Sugar released the mini-LP Beaster, a more abrasive collection than Copper Blue that was recorded at the same sessions.

Mould wrote the material for the second Sugar LP during 1993. The band began recording in the spring of 1994, but the sessions ground to a halt and the tapes were erased. Mould decided to give the album one more try, and it was recorded quickly late that spring. The album, File Under: Easy Listening, appeared in the fall of 1994. Although it received good reviews and was moderately successful commercially, it didn't match the performance of Copper Blue. In the spring of 1995, it was announced that Sugar were on hiatus. Besides, a collection of rarities and B-sides, was released that summer. By the fall, Mould had broken up the band and begun work on a third album entirely by himself.

He played all of the instruments on his self-titled third album, which was released in the spring of 1996. The Last Dog and Pony Show followed in 1998, and Mould announced that after the supporting tour, he was giving up playing guitar-based rock music. In 2002, after a long period of musical inactivity, Mould returned with the electronics-heavy Modulate, followed by the more conventional Body of Song in 2005. After Blowoff, a dance project with Richard Morel that grew from a DJ night they regularly hosted, Mould returned to his guitar roots and paired up with Fugazi drummer Brendan Canty to record District Line in 2008.

Mould inched back to alt-rock on 2009's Life and Times, then devoted himself to writing his autobiography with the assistance of Michael Azerrad. See a Little Light: The Trail of Rage and Melody was published in the summer of 2011. The following year, Mould returned to the sound of Sugar, playing the band's 1992 debut in its entirety while on tour, reissuing the band's catalog in deluxe editions, and, finally, reviving its sound on Silver Age, his first album for Merge Records. Recorded with Superchunk drummer Jon Wurster and Split Single bassist Jason Narducy, Silver Age was greeted with strong reviews, as was its 2014 successor, Beauty Ruin, which also appeared on Merge and featured Wurster and Narducy in Mould's favored power trio format. Beauty Ruin debuted at 38, Mould's highest chart placement to date. He once again worked with Wurster and Narducy for 2016's Patch the Sky, and for 2019's Sunshine Rock, the trio delivered an especially energetic, upbeat set that strongly recalled Sugar's most celebrated work. While Sunshine Rock depicted Mould in a positive frame of mind, Blue Hearts, released in September 2020, was a raw, raging, politically charged set, with Mould speaking out against the rise of the right wing and the COVID-19 pandemic. ~ Stephen Thomas Erlewine & Mark Deming, Rovi 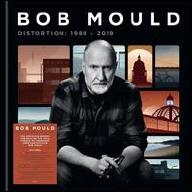 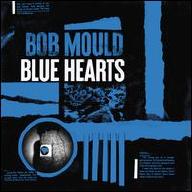 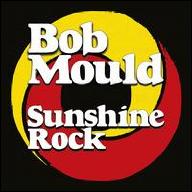 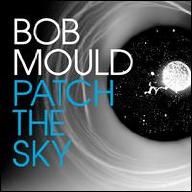 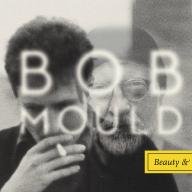 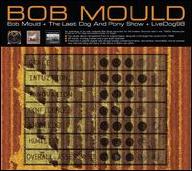 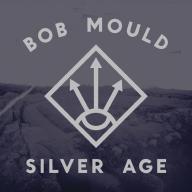 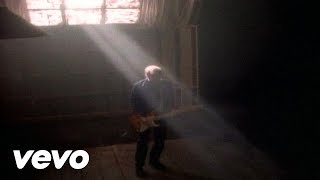 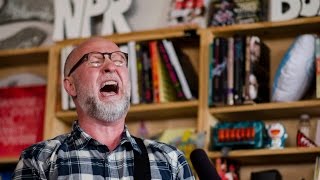 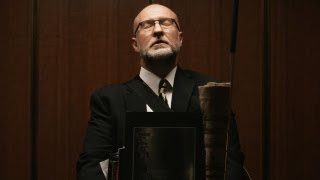 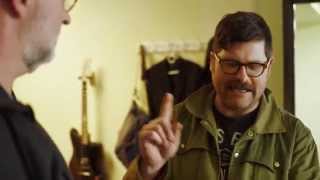 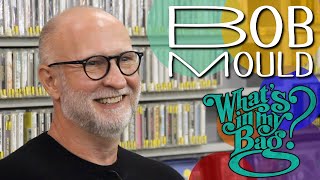 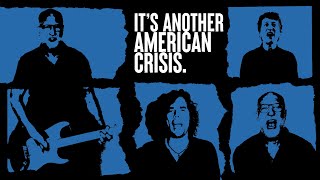 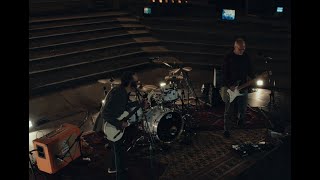